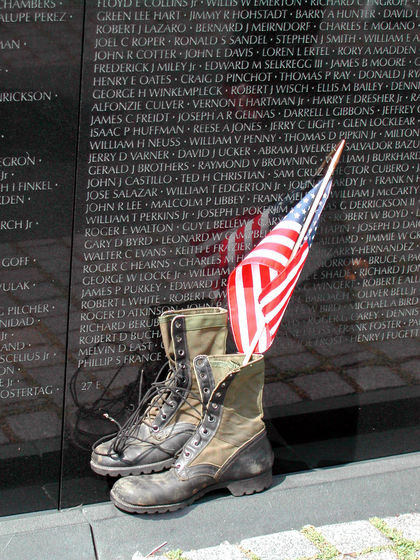 African-American opposition to the war in Vietnam, the overriding U.S. foreign policy concern of the 1960s and early 1970s, reflected perceptions of self-interest. During the 1950s the major civil rights organizations had stopped taking action on foreign policy questions. As the war escalated, civil rights leaders feared both the loss of organizational revenues if prowar advocates withdrew their support and the prospect of internal friction among organizations over the peace issue. Anxiety about possible accusations of subversion, and concern lest the civil rights focus be dissipated, were other causes of apprehension. The immediacy of civil rights insurgency in the South provided a powerful pretext for channeling organizational energies to domestic questions only.

Moreover, by the mid-1960s the reluctance of black leaders to engage in issues apart from domestic civil rights was reinforced by an increasingly beleaguered presidential administration fighting to maintain a "one voice" approach for U.S. foreign policy around the globe. President Lyndon B. Johnson, for whom Africa was a low priority, particularly opposed the consolidation of an African-American foreign policy constituency. Johnson did not want to multiply the number of players in international affairs and perceived such a constituency as contradicting the goal of fully integrating blacks into American life. Johnson believed that racially and ethnically based interest groups generally fragmented what should be a unitary national position on foreign affairs as government experts defined them.

In 1965, however, the Mississippi Freedom Democratic Party, at the center of some of the most sweeping changes in American society, publicly advocated draft resistance. The Student Nonviolent Coordinating Committee became the first national body to oppose the war. While antiwar sentiment did not overtake the black majority until 1969, activist organizations mounted pressure on Martin Luther King, Jr., to take a stand. Vietnamese Buddhists who sent him an "open letter" joined with domestic war critics in urging action. In 1967, King formally reiterated his inability to square the war with his conscience, his belief that the war was sapping the economic and spiritual vigor of the country, and his conviction that the national mission needed redefinition. In an April speech at the Riverside Church in New York City, King delivered a radical critique of U.S. foreign policy.

Ultimately, Vietnam was a broad enough issue to absorb many of the questions that had long preoccupied African Americans. Critiques of the war called into question the integrity of the political process and opened the door to largescale insurgency. On this issue black foreign policy audiences entered the controversy late, had dwindling access to increasingly less responsive policymakers, and were considerably alienated from "normal politics." Their efforts to influence the conduct of the war were also hampered by strategies that were based on addressing legislatures and courts rather than executive officials.

The spirit of insurgency in the late 1960s combined with new global media to afford African-American activists new forums for international exposure to U.S. domestic problems. One of the most prominent examples was the 1968 Olympic Games in Mexico City, from which South Africa had been excluded owing to worldwide opposition to that country's apartheid policy. Certain African-American athletes had contemplated a boycott of the games because of their dissatisfaction with racial conditions in the United States, but they ultimately decided to participate. African-American medalists Tommie Smith and John Carlos, feeling the need to make at least a symbolic gesture, raised their fists in protest at U.S. racial injustice as the "Star-Spangled Banner" was being played. Both athletes were widely criticized and their careers were destroyed. In an ironic twist in 1980, the U.S. government asked African-American boxing champion Muhammad Ali to persuade various countries to boycott the 1980 Olympics in Moscow.