Anti-Imperialism - The new empire and its discontents 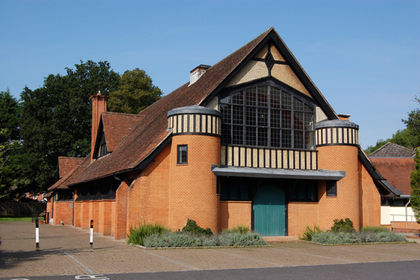 The Civil War not only ended slavery and the southern plantation system but marked the conclusive triumph of industrial capitalism as well. Within a few decades the United States emerged as a global economic power, with the opportunities and problems attendant to such status, including the acquisition of an extracontinental empire. Indeed, as soon as the Civil War ended, Secretary of State William Henry Seward embarked on a campaign to augment American territory by acquiring Santo Domingo (the Dominican Republic) and Haiti, Cuba, the Virgin Islands, Hawaii, and Alaska. Seward's plans, however, met heavy opposition from anti-imperialists like the noted author and social critic Mark Twain (later president of the Anti-Imperialist League), Senator Justin Morrill, and editor of The Nation magazine E. L. Godkin, who collectively called on American leaders to settle domestic issues and create a showcase society that others could emulate instead of seizing or otherwise taking on new territories. Subsequently, Seward's ambitions, except for buying Alaska, were shelved, though expansion and empire building would remain a priority in U.S. foreign policy.

By the end of the nineteenth century the American economy, producing more goods and agricultural commodities than the home market was consuming, seemed in deep peril, and government, corporate, and intellectual leaders urged that new markets abroad for trade and investment be found and acquired. Such economic pressures— along with calls for new coaling stations and a larger navy, the popularity of social Darwinist ideas calling on America to "civilize" the less-developed and nonwhite world, Christian ideology seeking to convert adherents of "pagan" religions, and the sense that America needed to extend its frontiers as a form of national renewal—led to a rush for new lands to control in the 1890s and set the stage for new levels of imperialism in the twentieth century.

In the 1890s the United States colonized or at least forcibly established hegemony over Hawaii, Cuba, the Philippines, Puerto Rico, and Guam, while Secretary of State John Hay was insisting that an "open door" for American products and capital be recognized by other nations. Because the European powers and Japan had colonial footholds—with administrators, collaborating elites, and occupying armies—in various areas, especially China, the United States would have to use its economic strength to develop a new world system based on a free and open door for trade and investment. The 1890s, then, marked the establishment of a "new empire" not only because the United States forcibly took territory outside the continent but also because it was announcing a different form of imperialism, one based on equal access to the markets and investment houses of other lands rather than on administrative control and military occupation.

American hegemony over Hawaii, Cuba, and the Philippines prompted significant and striking opposition. Politicians, commentators, Christians, and intellectuals spoke out against the new aggrandizement and presented a comprehensive analysis of the new empire that foreshadowed later anti-imperial arguments and movements. The war against Spain and intervention in the Philippines, critics charged, gave "militarists" too much power; the United States could acquire coaling stations or new trading opportunities without war or empire, they explained. Liberal Republicans known as "mugwumps," who had been drawn to the party by its stand against slavery, equated anti-imperialism with abolitionism. Many dissenters contended that the United States had no right or need to "civilize" other peoples, especially considering its own treatment of blacks at home. Conversely, some did not want America to assume control over and responsibility for nonwhite, and thus inferior, peoples. Labor leaders, such as the Socialist Eugene Debs and the conservative Samuel Gompers, agreed that conquest and empire were dangerous, in large measure because they feared the loss of American jobs to foreign workers who would accept lower wages, a charge echoed in the late twentieth century by antiglobalization activists.

Perhaps most pointedly, anti-imperialists argued that territorial annexation would pervert American principles. William Jennings Bryan, titular leader of the Democratic Party and agrarian spokesman, anticipated that the "just resistance" of the United States to Spanish rule in Cuba and the Philippines would "degenerate into a war of conquest," giving others the right to charge America with "having added hypocrisy to greed." Senator George Hoar lamented "the danger that we are to be transformed from a Republic, founded on the Declaration of Independence … into a vulgar, commonplace empire, founded upon physical force." The Anti-Imperialist League, tormented by the specter of Filipino blood on American hands, even "more deeply resent[ed] the betrayal of American institutions" such as representative government at home, international law, and self-government for others. Mark Twain used his biting wit to condemn the new imperialism, offering new lyrics to the "Battle Hymn of the Republic": "Mine eyes have seen the orgy of the launching of the sword /He is searching out the hoardings where the strangers' wealth is stored /He has loosed his fateful lightning, and with woe and death has scored /His lust is marching on." He was particularly outraged by the occupation of and ongoing war against the forces of liberation in the Philippines, reporting from Manila and comparing the nationalist leader Emiliano Aguinaldo to Joan of Arc and George Washington. Twain was also quite vitriolic about missionaries who justified imperialism as an extension of the religious duty. "I bring you the stately matron named Christendom," he wrote angrily, "returning bedraggled, besmirched, and dishonored from pirate raids in Kiao-chou [Tsingtao, China], Manchuria, South Africa, and the Philippines, with her soul full of meanness, her pocket full of boodle, and her mouth full of pious hypocrisies." Notwithstanding their impassioned opposition, the anti-imperialists were fighting rearguard actions against faits accompli in the Philippines and elsewhere, leading Theodore Roosevelt, assistant secretary of the navy, strong expansionist, and later president, to deride them as "men of a by-gone age having to deal with the facts of the present."

Roosevelt's observations probably represented the views of most Americans, who appreciated the extension of American power and influence in 1898 and subsequently. Still, critics of the new empire persisted into the twentieth century, and American anti-imperialism was part of a broader, global attack on colonialism, but one that developed quite differently than elsewhere. Liberals like the Briton J. A. Hobson were offering a pointed economic analysis of empire, tying the European reach into new lands to underconsumption in the home market. More powerfully, the Russian theorists and revolutionists Nikolai Bukharin and Vladimir Lenin, writing during World War I, put forth a new socialist critique of empire that would find great currency in the coming years, though not so much in the United States as in Europe or the less-developed world. The great industrial powers, Lenin explained, were matched in a global contest for markets, and would increasingly come into conflict in areas yet to be exploited—later termed the "third world"—where they would vie with each other to establish colonies for consumers, raw materials, and investment. Although there were, to be sure, left, labor, and progressive political forces in the United States using such a radical model, anti-imperialism also continued to be an American ideology, unique to the nation's history and perceived values.

Anti-imperialists of the Leninist, liberal, or American variety found proof for their theses in the years after the Spanish-American-Philippine War and especially with the outbreak of World War I in August 1914. Struggles for materials and colonies in Africa, Asia, the Balkans, and elsewhere had led to the widespread carnage, principally, many critics held, for the benefit of state elites and corporations who needed expanded economic opportunities. In Europe, Bolshevik, socialist, labor, and other left parties, after initially supporting the entry of their various states into the war, emerged with this critique of empire. In the United States, similar analyses were current, though usually without the Leninist twist. The war, many American critics believed, was a product of great power, sphere-of-influence rivalries, not necessarily the inevitable consequence of economic expansion.

Henry Adams, grandson of John Quincy Adams, often debated the issue of American imperialism with Theodore Roosevelt and other expansionists after 1898. "I incline now to anti-imperialism, and very strongly to anti-militarism," Adams observed. "If we try to rule politically, we take the chances against us." Any U.S. attempt to establish hegemony comparable to the British empire, Adams and others maintained, was dangerous, futile, and un-American. Many socialists and other radicals unleashed their wrath on "dollar diplomacy"—the American policy of sending bankers, rather than armies, to foreign lands to gain influence and power—as another form of imperialism, just as nefarious and effective, albeit more subtle, as traditional colonialism. Walter Lippmann, a young but influential journalist, spoke for many progressives in 1914 when he observed that "the arena where the European powers really measure their strength against each other is in the Balkans, in Africa, in Asia. [T]he accumulated irritations of it have produced the great war." Between 1914 and the April 1917 U.S. entry into the war, Americans pressed their government to stay out of hostilities, effectively enough for President Woodrow Wilson's 1916 campaign slogan to be "He kept us out of war." Senator Robert La Follette, House of Representatives Majority Leader Claude Kitchin, William Jennings Bryan, and activists such as Jane Addams, Lillian Wald, Oswald Garrison Villard of The Nation, and others invoked American antimilitarist traditions to oppose entry into the war, contending that intervention would dampen reform at home, provoke a curtailing of civil liberties, and increase political repression, lead to war profiteering by big business, and otherwise sully American values. One group, the American Union Against Militarism, even had a mascot, a dinosaur named "Jingo," with the motto "All armor plate—no brains."

Despite such public dissent, Wilson asked Congress for a declaration of war shortly after his reelection was secured, thus alienating progressives, liberals, and anti-imperialists who had supported him in 1916 on the basis of his claims of neutrality, noninvolvement, and anti-imperialism. Wilson did in fact advocate self-determination, believing that empires would collapse if their colonies had the right to rule themselves, but his vision was limited, essentially covering the states of Europe that had been constituents of the Ottoman and Hapsburg empires, not the underdeveloped and nonwhite world. More to the point, Wilson's anti-imperialism was, like John Hay's earlier, a means to promote the Open Door; by breaking down existing empires, the United States could use its economic strength to gain a foothold in new markets.

After American entry into the war, many of Wilson's previous supporters began to comprehend his version of anti-imperialism and were part of a large and diverse antiwar movement, which, though not exclusively an anti-imperialist movement as well, did create a broader critique to challenge the decision to go to war as a dangerous departure from American traditions. Progressives and future isolationists like senators La Follette, Hiram Johnson, and William Borah and others, and radicals like Eugene V. Debs, Elizabeth Gurley Flynn, John Reed, Kate Richards O'Hare, Emma Goldman, "Big Bill" Haywood, Scott Nearing, and various socialist and labor organizations condemned the war and the imperialist frenzy attending it. Randolph Bourne charged that war, with its opportunities for profits and new territories, was "the health of the state." Woodrow Wilson, anti-imperial critics charged, had never been neutral but was always pro-England because of American economic ties to the British empire. Businessmen and their media propagandists, they added, had pushed the government into the war for their own self-interest and were hoping to use intervention to expand the Open Door. The war, critics concluded, served the interests of corporations and imperialists, not the national interest.