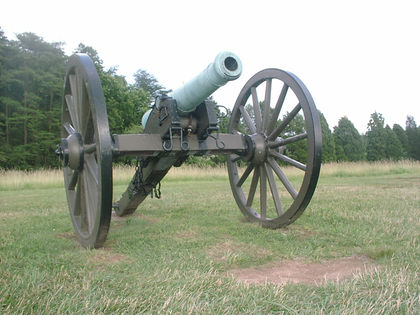 Until 1863 the slavery issue lingered in the background of the American crisis. For domestic reasons, Lincoln and Seward had attempted to make it clear that the conflict in the United States had little to do with slavery and everything to do with preserving the Union. The North, they argued, had no intention of interfering with slavery in the states, and even after hostilities began they suggested that no assault would be made on the institution. Confederate agents abroad did their best to avoid discussion of slavery altogether, and when pressed argued that the war was not about slavery but rather over the right of states to preserve their social and economic institutions. British supporters of the Confederacy took Lincoln at his word, and Palmerston, firmly hostile to slavery, was relieved that it was not an issue, since otherwise Britain would have had less flexibility in developing policies toward the American war. Nevertheless, the Confederates could not disguise the fact that their nation was committed to the preservation of the slave system, and the British could never forget that to aid the Confederacy was to aid a slave nation. Furthermore, whatever the wishes of Lincoln and Seward, Radical Republicans at home and abroad, abolitionists on both sides of the Atlantic, and Union propagandists called for a change in Union policy toward slavery and kept the issue alive in public discourse. The question of the future of American slavery never disappeared from view.

Following the Battle of Antietam in September 1862, Lincoln decided to confront slavery directly. On 22 September he issued his Preliminary Emancipation Proclamation freeing all slaves in areas that were still in rebellion in January 1863. Lincoln had presented the plan to his cabinet on 22 July, but Seward and others persuaded him to wait until the Union had a military success lest the policy be regarded as an act of desperation. Seward strenuously objected to the proclamation because he feared it would antagonize slaveholders who had remained loyal; strengthen Confederate morale and determination; and, worst of all, encourage blacks in the South to rise in "servile insurrection." He also doubted that emancipation was constitutional and feared that the sudden end of slavery would permanently weaken the American economy and either delay or destroy altogether the rise and completion of the American empire. Seward remained committed to the containment of slavery and its gradual abolition and replacement by free labor.

European diplomats in Washington were uniformly critical of the Preliminary Emancipation Proclamation. They regarded it, indeed, as an act of desperation following the Union failure to score a major victory at Antietam; some saw it as signifying the triumph of the Radical Republicans and abolitionists in the North. All worried that its enunciation would trigger a slave insurrection, extend race war, and then lead to the thorough destruction of the cotton culture in the United States. The European home offices were also critical of this turn in Union policy, especially since Seward had continually warned Britain and France that it was their policies of neutrality and support for the Confederacy that had extended the war and increased the danger of a slave uprising.

Nevertheless, by 1 January 1863, when the Emancipation Proclamation was issued, Europeans had reconciled themselves to the impending end of slavery in the United States should the Union win the war. (It was expected that slavery could not long survive in areas not in rebellion.) This understanding made it appear that the outcome of the war would determine the future of slavery, which changed the character of European-American relations for the remainder of the conflict by making it even more difficult for Europe to adopt policies in support of the Confederacy. When the Union armies scored major victories in July at Gettysburg and Vicksburg, European ministries began to regard a full Union military victory as more likely, and the continued successes of Generals Ulysses S. Grant and William Sherman convinced them that victory was certain. As the British and French discarded their working assumption that the division of the United States was irreversible, their foreign policies changed accordingly. Confederate appeals for support were now largely ignored.

Jefferson Davis and Judah Benjamin understood that survival depended on European support and that this support would not be forthcoming without altering the Confederate position on slavery. In November 1864, Davis presented to the Confederate Congress a plan to employ forty thousand slaves in noncombatant military service to be followed by their emancipation. While this proposal was being considered, he dispatched Duncan F. Kenner of Louisiana to Europe on a secret mission with instructions to offer European governments a promise of emancipation of the slaves in exchange for recognition. Napoléon, then deeply involved in his Mexican policy, declined the offer and replied that France could not act without British concurrence. When Kenner made the same proposal to the British government, Palmerston rejected it out of hand, informing Kenner that Britain would never recognize the Confederate States of America. Confederate diplomacy in Europe had come to a dead end.

The final episode in the diplomacy of the American Civil War occurred in February 1865, when Lincoln and Seward agreed to meet with a delegation of Confederate leaders at Hampton Roads, Virginia. Francis P. Blair, Sr., had arranged the meeting at Davis's request, and Davis had selected Confederate Vice President Alexander H. Stephens, former Confederate secretary of state Robert M. T. Hunter, and former U.S. Supreme Court justice and Confederate assistant secretary of war John A. Campbell to conduct the negotiations. Both Lincoln and Davis hoped to arrange a return of peace, but their terms were incompatible. Lincoln demanded reunion, acceptance of emancipation, and the disbanding of all Confederate military forces. He was prepared to offer the South generous terms on a number of issues, including compensation to slaveholders. Davis had wanted an armistice, to be followed by discussion of all these and other issues. When Lincoln would not yield in his demands for reunion and the breakup of Confederate military force first, the meeting collapsed.

Military action resumed fully after the Hampton Roads conference, and within four months the last of the Confederate armies had surrendered to Union forces. Jefferson Davis, who refused to admit defeat and promoted guerrilla war to the end, was captured by Union troops in Irwinsville, Georgia, on 10 May. He was imprisoned and indicted for treason, but was paroled two years later.