Collective Security - World war i and the league of nations 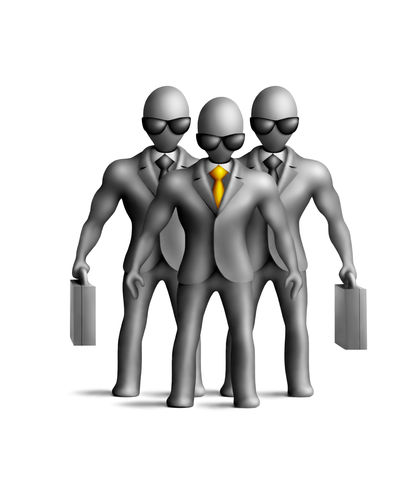 The shock of August 1914 forced total reconsideration. The old ways of diplomacy—rival alliances and balances of power—appeared to have failed. One could no longer believe in the path of steady progress toward international order. Bolder remedies were needed if civilization was not to be destroyed by devastating wars. Numerous schemes soon proposed basic reorganization to end the "international anarchy" that, a consensus held, had been responsible for the coming of the war. The most important of these plans, beginning with Sir James Bryce's proposals in 1914 and including the American-based League to Enforce Peace, as well as the Fabian Society plan, asked the nations of the world to join a league or association of nations, and in so doing to agree to submit their disputes to arbitration or mediation before going to war and to apply penalties or sanctions to any member state that resorted to war without so doing. As Bryce put it, "The League shall under-take to defend any one of its members who may be attacked by any other State who has refused to accept Arbitration or Conciliation."

These theorists assumed realistically that the hour was not ripe for a world state and that sovereign states cannot be coerced, but they hoped that states would voluntarily accept and honor such a pledge in the cause of peace. Some critics thought that these collective security proposals did not go far enough, since states could still in the end resort to war; others felt they went too far, since no great power could or would bind itself in advance in any significant way.

Uncertainty also existed about who should belong to the league, especially with reference to the enemy powers in the ongoing war; about the mode of representation; and about the method of identifying aggression and responding to it. This far-ranging discussion tended to expose as many difficulties as it resolved. Underlying it was the urgent feeling that somehow the scourge of war had to be eliminated, under pain of the extinction of civilization, and that the old idea of "selfish nationalism" was bankrupt. Yet informed people also knew that nationalism was far from a spent force and that no chance then existed to set up a world superstate. Collective security hoped to establish a halfway house on the road to true world government. Its advocates frequently cited the analogy of a vigilante stage of law enforcement, one in which, prior to the arrival of formal government, settlers suppressed crime by forming a posse or voluntary citizens' organization.

During World War I, many organizations and individuals contributed to the formulation of plans for a league of nations. In the United States, the League to Enforce Peace included former president William Howard Taft, Harvard president A. Lawrence Lowell, and a host of other prominent citizens. Lord Bryce or his colleague G. Lowes Dickinson may best be given credit for initiating the entire discussion, but an extensive British debate also featured books by Leonard Woolf and H. N. Brailsford, among others; a committee headed by Sir Walter Phillimore eventually produced an official British plan. The numerous plans varied in details, but all sought to unite the major states of the world in a permanent organization, in which they would be represented as states and which would have power to deal with their disputes and prevent war. The broad concept of a "league to enforce peace" was endorsed "not only by pacifists and thinkers, but by practical statesmen." It was the great idea of the years from 1914 to 1918, although skeptical criticism was not lacking even then.

Although there was some interest in collective security in France and in the neutral countries (the Netherlands, for example), the ideas that were to be incorporated into the League of Nations came mainly from Anglo-American sources. It is a mistake to attribute these ideas preeminently to President Woodrow Wilson, as is frequently done. Wilson showed relatively little interest in any explicit plan for a league based on collective security principles until quite late. At Paris he played a part in framing the Covenant of the League of Nations but received assistance from his aide, Colonel Edward M. House, U.S. adviser David Hunter Miller, British advisers Lord Robert Cecil and Sir Cecil Hurst, and South African leader General Jan C. Smuts. Wilson did of course become an earnest and tireless advocate of the League of Nations Covenant.

This covenant, drawn up at Paris in 1919 and made part of the Treaty of Versailles imposed on a defeated Germany, was an incongruous amalgamation of the various ideas discussed during the war and was destined to have a disappointing life. Article 10, the most controversial and debated provision, seemed to demand of member states an obligation to "preserve as against external aggression the territorial integrity and existing political independence of all members of the League." But, in fact, the league, through its council (upper chamber), could only request them to act, not force them to do so. Some of the issues that were to plague collective security thus arose early: Is it possible to get binding commitments from states to suppress any future forcible alteration of the status quo? Is this even desirable, since the status quo may not be just or reasonable, at least not to everybody?

Although the French (for obvious reasons) asked for the creation of an international army under control of the League of Nations, this idea received no serious support. Frightened by the specter of American soldiers being summoned to fight on foreign soil at the behest of an alien organization, the Senate refused to ratify the Treaty of Versailles. Thus, the United States did not become a member of the league, nor was the new, outcast Russian socialist state a member. Also excluded at first were the defeated powers of World War I. The league thus began life with serious, if not fatal, handicaps. In 1924 and 1925 the security-conscious states—such as Poland and Czechoslovakia, which had profited by the peace settlement, or France, which most feared any revision of it—unsuccessfully tried to clarify and tighten the security obligations of members.

It thus became evident that the league would have to function in ways other than as an agent of collective security standing guard against revision of boundaries. In the 1920s, Geneva became instead a place of diplomacy and conciliation, along with more modest forms of functional international cooperation. Germany's entrance into the league in 1926 signaled this change of perspective. For a number of years little was heard about plans to suppress war by joint military action; much was said of the uses of the league to help cultivate habits of negotiation and peaceful settlement of disputes between nations. "Collective security" lay dormant. The events of the 1930s revived it.

American opinion in the 1920s strongly opposed any political involvement in the quarrels of Europe and was all but unanimous in rejecting an obligation to act as policeman in areas outside the Western Hemisphere. The treaties of peace executed after the war had become unpopular, and many regarded them as unjust and unlikely to last. The United States participated in most of the nonpolitical activities of the League of Nations and also played a leading part in the movement to "outlaw war" by voluntary renunciation, which culminated in the Kellogg-Briand Pact (1928), but it exhibited an almost pathological fear of any commitment that might entail the possible use of armed force in some "foreign quarrel." (Intervention in the small Caribbean countries lying at the doorstep of the United States might be another matter, although there was also a reaction against this sort of "imperialism.") This fear of repeating what a large majority of Americans now regarded as the terrible mistake of having entered World War I receded only slowly in the 1930s under the threat of a renewal of war in Europe and Asia. Initial American reaction to rumblings of conflict from 1931 on was to reaffirm vows not to be duped again by appeals to "save the world" by marching off to fight in Europe. The Great Depression intensified these feelings by intruding much more urgent questions of domestic recovery and reform. Isolationism reached its peak from 1934 to 1936, when legislation attempted to cut ties between the United States and all belligerent countries in the event of war, without discriminating between aggressor and victim.