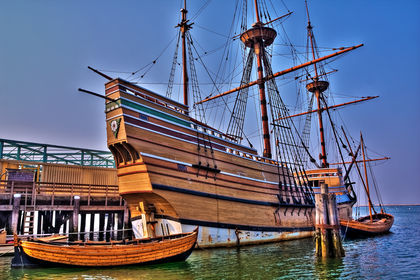 Colonialism began as a descriptive term and subsequently assumed a pejorative connotation. In recent times, most studies of the subject have focused attention on attacking both the idea and its practitioners but have also tended to confuse it with imperialism to such a degree as to blur the lines of distinction between the two. (Some people have argued that neocolonialism is a form of imperialism, but this is a specious argument because each has a distinct and separate existence.) It is necessary to discuss imperialism in the context of colonialism and to make the differences clear. For example, it is possible to be imperialistic without having colonies, but it is not possible to have colonies without being an empire. Thus, in the case of the Soviet Union, which exercised rigid controls over the economies of its small neighbors and forcefully absorbed within its structure Latvia, Lithuania, and Estonia, the Soviets practiced imperialism but not colonialism. If Stalin had succeeded in holding Manchuria under his control at the end of World War II, the Soviet Union would also have become a colonial power. The United States, however, must be judged a colonial power because it holds American Samoa, Guam, and the Northern Mariana Islands, the latter formerly held as part of the strategic Trust Territory of the Pacific. Some of the islands of the trust area were not inclined to move toward independence and sought instead territorial status, while one large area, Palau, sought first a compact of free association with the United States and in 1994 became completely independent. In exchange for military base rights, which have not been exercised, the United States agreed to give Palau $700 million in what was called "compact money" over a period of fifteen years.

A state possessing territories not incorporated within its borders, the native inhabitants of which are not granted the full rights or privileges of citizenship of the possessing state, is a colonial power. There is, however, a difference between colonizing an area and colonialism per se. For example, in the American experience colonialism did not exist while the United States was annexing contiguous areas on the continent of North America, for the areas being colonized were recognized as territories destined to be incorporated into the United States as an integral part of the nation.

While there were numerous efforts by various presidents and secretaries of state to make the United States a colonial power in the nineteenth century, none succeeded in permanently adding territory not destined for statehood until the United States formally annexed the Midway Islands in the Pacific Ocean on 28 August 1867, after their discovery in 1859 by the American N. C. Brooks. This was not, however, a true colonial venture, because the American purpose was to provide a way station and fueling stop en route to the Far East. The United States made no effort to develop the islands economically or politically or to populate them with colonists. Therefore, another definition of colonialism is that there must be a conscious effort on the part of the possessing power to develop or exploit the area in the interest of the possessor and to provide some form of government or control through colonial administrative machinery. This does not mean that the colonial power must necessarily neglect or abuse the interests of the native inhabitants of the territory taken as a colony, although more often than not such neglect and abuse does occur. It does mean, however, that the colonial nation has the power to impose its rule over the area and to assert its economic preeminence without resistance from the inhabitants of the area.