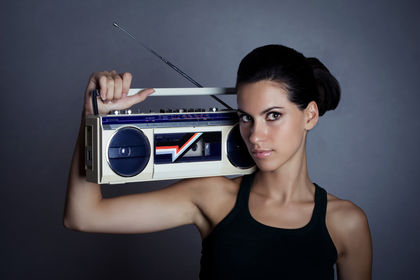 The era of détente would prove to be short-lived. Challenges to the Nixon administration emerged from both the right and left of the American political spectrum, questioning the moral basis as well as the geopolitical rationale of engaging the Soviets as equal partners. President James Earl Carter was no more adept at salvaging the spirit of cooperation than was President Gerald Ford before him. Carter's focus on human rights alarmed Soviet leaders, who were accustomed to Nixon's disregard for such issues. From Carter's perspective, a series of events, including conflict in the Horn of Africa and the discovery of Soviet troops in Cuba, led Carter to adopt a more hawkish position toward the USSR. Moscow's invasion of neighboring Afghanistan would bring him more firmly into the cold warrior camp. The Kremlin's December 1979 push south of its border jolted the administration, leading Carter to take several measures that, collectively, marked the clearest indication that relations between the United States and the Soviet Union were in a free fall.

The president clarified the new situation one month later in his State of the Union Address of 23 January 1980. Referring specifically to the Soviet invasion, Carter declared that "an attempt by any outside force to gain control of the Persian Gulf region will be regarded as an assault on the vital interests of the United States of America, and such an assault will be repelled by any means necessary, including military force." By the following morning, the New York Times had given that policy a name: the Carter Doctrine.

Although the Soviet invasion was the proximate trigger for the Carter Doctrine, momentum for the president's policy shift had been building over the previous two years. Much of that energy flowed from concern over the fate of Iran. One of the "two pillars" undergirding America's security structure in the Middle East, Iran had been supporting U.S. interests for close to twenty-five years. Its position was so vital that the administration rarely, if ever, questioned Iran's ability to play that role; Carter himself labeled Iran "an island of stability" as late as January 1978. Yet in just over a year, the shah would be deposed, Ayatollah Ruhollah Khomeini would return from France and transform the country into an Islamic republic, and fifty Americans would be taken hostage by Iranian students and militants. With the Nixon Doctrine in tatters, U.S. policymakers sought to fashion a new strategy for the region.

Fears of regional instability were only partly responsible for Carter's movement toward a new strategic posture. According to the president, an amalgam of three distinct forces had combined to prompt his declaration of U.S. policy: "the steady growth and increased projection of Soviet military power beyond its own borders; the overwhelming dependence of the Western democracies on oil supplies from the Middle East; and the press of social and religious and economic and political change in the many nations of the developing world, exemplified by the revolution in Iran." In all, a host of events had led the administration to conclude that American interests in the Persian Gulf were under grave threat. Only a more forceful statement of purpose could begin the process of redressing the regional and—in the administration's calculation—global balance of power.

The doctrine also emerged out of a long-running debate within the administration over its policy toward the Soviet Union. Carter's principal foreign policy aides, Secretary of State Cyrus Vance and national security adviser Zbigniew Brzezinski, differed over the degree to which Washington should confront the Soviets. It was Brzezinski's contention that Moscow had never stopped probing for weak spots around the globe; for him, instability in both Central America and Africa testified to the Kremlin's continuing desire for ideological competition, especially in the developing world. Détente, he surmised, had merely allowed the Soviets to continue their expansionist thrust there under the cover of superpower cooperation. In contrast to Vance's preference for conciliation, Brzezinski had been lobbying for a more aggressive stance toward Moscow since the earliest days of the administration. A series of developments, including the discovery of Soviet soldiers in Cuba and the Soviet invasion of Afghanistan, provided further support for Brzezinski's arguments. By the time that Carter delivered his State of the Union Address in January 1980, the Brzezinski approach had won out.

A host of measures associated with the Carter Doctrine followed quickly on the heels of its enunciation, signaling a new phase in Carter's approach to the Soviet Union and to his overall practice of foreign policy. Within a month of his address, Carter sanctioned the creation of a Rapid Deployment Force, a contingent of as many as 200,000 troops, designed to expedite the projection of American military power around the globe, and especially in the Middle East. He would take additional steps to improve America's combat readiness, preparing the groundwork for a reimposition of the military draft and asking Congress for a sharp increase in defense spending. Other policies would impinge on U.S.–Soviet relations as Carter enacted a partial grain embargo and boycotted the Moscow Olympics. Still further actions, whereby Carter withdrew a second Strategic Arms Limitation Treaty from senatorial consideration and extended the number of Soviet sites targeted by U.S. missiles, recast the nuclear dimension of the two countries' relationship. On top of those actions, Carter embraced Pakistani ruler Mohammad Zia-ul-Haq, indicating his willingness to subordinate human rights concerns to the struggle against Soviet aggression. By and large, those measures appealed to a Congress eager for action after the previous year's indignities.

They also struck a chord with the American public. Opinion polls revealed general support for the president's statement, suggesting that Carter had correctly gauged the popular mood. Responding to criticism that Carter had engaged in pandering and political grandstanding, Brzezinski defended his president, explaining that the administration needed to make such a proclamation if only to steel the public for the demands ahead. Journalists, however, while hardly indulgent of Soviet behavior, interpreted Carter's speech as a fundamentally political move, designed to reshape the president's image at the outset of an election year. Scholars, too, have subjected the doctrine to withering critiques. Some have described it as little more than empty posturing, crafted more to improve Carter's political fortune than to alter Soviet behavior. Still others maintain that Carter acted rashly, drawing conclusions about Soviet motives based on very little evidence—motives he himself would qualify throughout the remainder of his presidency. Still others have faulted the Carter Doctrine for its ambiguity, noting that it failed to define, with any sense of precision, the nature of aggression, the characteristics of an outside force, or even the boundaries of the Persian Gulf itself.

Moreover, scholars have argued, the Carter Doctrine and policies associated with it offered little in the way of tangible benefits. None of the measures aimed at the Kremlin—not the grain embargo, nor the Olympic boycott, nor the curtailment of additional trade—forced the Soviets out of Afghanistan. Nor did the president's unilateralism sit well with his European allies; only British Prime Minister Margaret Thatcher supported Carter's approach. At the same time, however, European business capitalized on the chillier relationship as several firms concluded lucrative deals at America's expense.

While the Carter Doctrine secured few if any tangible gains—even its progenitor lost at the ballot box that November—it would continue to shape U.S. policy during the Cold War, largely because subsequent administrations bought into its premises. President Ronald Reagan and his advisers regarded the Soviet Union as an aggressive, expansionist power; if anything, they, and the Bush administration that was to follow, were even more willing to protect U.S. interests in the Persian Gulf from Soviet predations and political instability.

The Carter Doctrine also hastened the buildup of American arms, a process that was already under way by January 1980, and for which some historians give him high marks. It would be the Reagan administration, however, that would capitalize on the perceived need for military expenditures, expanding the size and cost, and revamping the shape, of America's military forces.

In relation to other Cold War presidential statements, the Carter Doctrine fit squarely within their rhetorical barriers. It maintained Truman and Eisenhower's focus on the Mediterranean and Middle East, a region that had become increasingly vital to U.S. officials in the aftermath of the October 1973 Yom Kippur War and the ensuing Arab oil boycott. Indeed, it echoed the excited language of both the Truman and Eisenhower Doctrines, offering to assist those nations threatened by totalitarian aggression. And in associating himself with those two statements of national policy, Carter distanced himself from the previous two administrations. His willingness to intercede unilaterally in Middle Eastern affairs testified to the poverty of the Nixon Doctrine's "twin pillar policy," the very structure of which was now obsolete. Nevertheless, U.S. support for the Afghani resistance to the Soviet Union suggests that elements of Nixon's approach remained intact; the United States would continue to assist proxy forces resisting Soviet advances when such a policy proved fruitful, and would seek to impose its own forces when the situation demanded it.