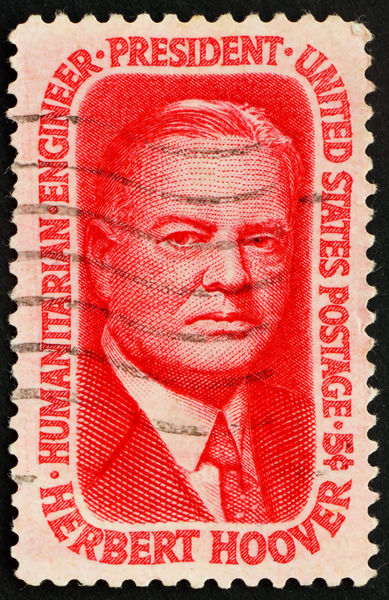 While the framers of the Monroe Doctrine and its corollary limited their horizons to the Western Hemisphere, a later statement of national purpose would extend that horizon halfway around the globe. The Hoover-Stimson Doctrine, named for President Herbert Hoover and Secretary of State Henry L. Stimson, actually reiterated earlier pledges regarding American interests in the Far East. In doing so, it sent a mixed message: that while the United States would not recognize territorial changes realized by force of arms, it had no interest in coming to the defense of that principle.

The events precipitating the doctrine's articulation took place in northern China in September 1931, along a section of track on the South Manchurian Railway, which had been administered by Japan since the first decade of the century. An explosion near the railway, subsequently attributed to the Japanese military, was blamed by Japan on Chinese rebels. Japan used the occasion—thereafter known as the Mukden Incident—as a pretext to pacify ever-larger regions of Manchuria. Continued Japanese conquest alarmed the international community, prompting the League of Nations to condemn such aggrandizement. In an effort to underscore its concern, the league sought to enlist on its behalf support from the United States and the administration of President Herbert Hoover. On 7 January 1932, Secretary of State Stimson delivered notes to both Japan and China stating U.S. opposition to the course of events in Manchuria. Stimson's announcement was twofold: first, that the United States would not recognize any treaty that compromised the sovereignty or integrity of China; and second, that it would not recognize any territorial changes achieved through force of arms. It was a statement of pure principle, made even purer by the disinterest and inability of the United States to back up those words with deeds. Given the economic, military, and diplomatic constraints ensuing from the Great Depression, violations of the Hoover-Stimson Doctrine would bring public rebuke by the United States but little else.

Although the Hoover-Stimson Doctrine is often derided as a manifestation of pie-in-the-sky American idealism, its articulation made great sense to a great many at the time. Reflecting widespread revulsion at what the Great War had wrought—the enormous loss of life, manifold disruptions of European societies, and an overwhelming reluctance to repeat the mistakes of the past—the doctrine sought to marshal world opinion in the service of peace. Its appeal to universal standards of conduct reflected the emergence of a new mind-set in world affairs—that there was, in fact, such a thing as an international community and that certain norms governed its behavior. No statement was more emblematic of that consciousness than the Kellogg-Briand Pact of 1928, an agreement signed by thirty-three nations outlawing the use of force as an instrument of national policy.

The doctrine was also rooted in the history of the region. Western interest in China stretched back hundreds of years, but the ability to exercise decisive influence on that country was a more recent phenomenon. Britain's 1842 victory over China in the first of the Opium Wars established a pattern whereby several countries, including the United States, were able to demand most-favored-nation trading status from the Chinese authorities. By the late nineteenth century, the imperial powers were carving up China into separate spheres of influence. As China lay prostrate, U.S. Secretary of State John M. Hay proposed that those nations adopt an Open Door policy for China, an arrangement that would preserve China's territorial and administrative integrity while maintaining equal trading rights for all. It was Japan, however, that would mount the greatest challenge to the Open Door. Having gained a foothold in Manchuria following the Russo-Japanese War of 1904–1905, Japan applied increasing pressure on China, resulting in its Twenty-One Demands of 1915. American remonstrations to Japan indicated that the United States would not recognize any agreements in violation of the Open Door, a position it reaffirmed in 1917 and then again in 1922. The Mukden Incident of September 1931 represented the clearest challenge to date of that long-stated U.S. position.

The Hoover-Stimson Doctrine also was part of the history of U.S. recognition policy. This policy dated to the early national period when Democratic-Republicans and Federalists, arguing bitterly over a proper response to the French Revolution, questioned whether the United States was obligated to carry out agreements signed with the ancien regime, and vice versa. The issue of diplomatic recognition would reemerge following the War of 1812, as a more assertive United States questioned the wisdom of establishing formal relations with a coterie of weak, newly independent Latin American nations; it was this debate, in fact, that was the backdrop for the Monroe Doctrine. The matter would demand executive attention once again during the administration of President Woodrow Wilson. A series of regime changes in Mexico—some of them bloody—led Wilson to withhold recognition of General Victoriano Huerta, reversing the general principle of conferring legitimacy on whoever could demonstrate de facto territorial control. The Mukden Incident would reopen the issue of whether, and on what grounds, the United States would recognize the sovereignty of a new controlling authority.

Despite America's absence from the League of Nations, U.S. officials hoped that body would act swiftly to resolve the crisis. To prod it into action, the United States sent an observer to attend its deliberations. This led to the formation of a commission of inquiry to investigate the dispute and report back to the league assembly. When in 1932 the commission announced its findings, which blamed Japan for the crisis, the Japanese delegation walked out of the League of Nations. In the interim, a new Japanese government had assumed power and embarked on the further conquest of Manchuria. It was this action, undertaken by Japan in the fall of 1931, that prompted Stimson to issue his policy of nonrecognition—a policy suggested, in fact, by Hoover himself.

Although Stimson had hoped his approach would garner European support, formal endorsements were not in the offing. Britain, reversing the role it had played earlier regarding the Monroe Doctrine, let America wave the banner of nonrecognition, hoping to benefit from that policy without having to tie itself too closely to the American kite. Ultimately, the League of Nations endorsed Stimson's pledge, although over the next several years a number of its members would recognize Japanese suzerainty over Manchuria.

By most any measure, the Hoover-Stimson Doctrine failed its first test. Only three weeks after the secretary of state delivered his diplomatic notes, Japan attacked the port city of Shanghai, extending its sphere of influence into central China. The United States refused to take action; Stimson wanted to impose sanctions on Japan, but Hoover was reluctant to engage the United States in measures he deemed tantamount to war. Moreover, given the domestic pressures Hoover was facing—including staggering unemployment figures, numerous bank failures, and a massive drop in consumer spending—it was all but impossible to send ill-prepared military forces around the world. The president hoped that China's size and culture would help it absorb the Japanese incursion, and that a dose of moral suasion would help convince the Tokyo leadership to cease and desist. Neither of these developments came to pass.

Insofar as Hoover dictated the nature of America's response during the Manchurian crisis, it seems wrong to castigate Stimson exclusively for policies that came to be associated with his name. Stimson envisioned a series of measures, increasing in severity, which he hoped would compel a Japanese change in behavior; the president, on the other hand, took the more isolationist position. Hoover, in fact, sought to wrestle authorship of the doctrine away from his secretary of state, a curious move given the manifest impotence of the measures it advocated. Yet grasping for evidence of leadership during the 1932 presidential campaign, Hoover wanted Stimson to consign its provenance over to the president. Eventually, Stimson did bestow that honor upon Hoover. Nevertheless, its principles continue to be associated with Stimson, and any mention of a doctrine continues to bear his name.

The Hoover-Stimson Doctrine would continue to amass a sorry record during the 1930s as the new political orders in Austria, Czechoslovakia, Albania, and Ethiopia—the fruits of German and Italian aggression and intimidation—received widespread international recognition. Fascism's ascendance, observers would argue, took its cue from Japan's earlier behavior in the Far East; reluctance to confront Japan emboldened Hitler and Mussolini, creating conditions for the greater horror to come. In this sense, the promulgation of both the Hoover-Stimson Doctrine and the League of Nations judgment might have done more damage to international peace than the withholding of such statements. The failure of both the United States and the international community to back up their words with effective retributive actions thus allowed the Japanese, and perhaps the Germans and Italians, to call the world's collective bluff, plunging hundreds of millions into global war.

Scholars have regularly disparaged the Hoover-Stimson Doctrine on those grounds, describing it as both toothless and dangerous. Some historians, in fact, have argued that Stimson's approach was even weaker than that of the League of Nations, for it offered no procedure for mediating the Manchurian dispute. Others have decried its reliance on "legalism"—the reliance on vague notions of universal norms to influence international behavior—at the expense of more "hard-headed" approaches to geopolitics. On the other hand, legal theorists have responded to the doctrine with guarded acclaim, pointing out that its injection of morality into global politics would help to shape an international consensus in the postwar era.