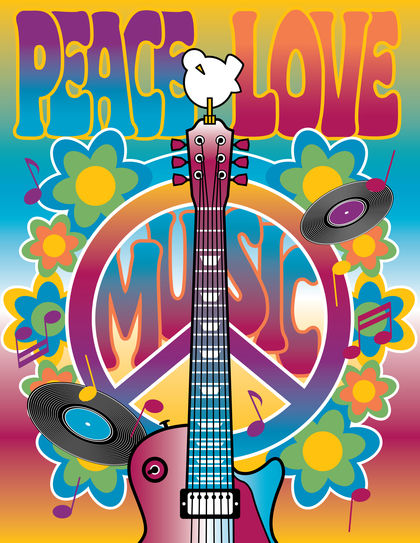 Eisenhower's vice president, Richard M. Nixon, would challenge the premises and augment the scope of Cold War presidential doctrines. One of Nixon's goals, in fact, was to limit the type of intervention that Eisenhower had joined in Lebanon, where the commander in chief responded to an international crisis by "sending in the marines." He would introduce his new approach on 25 July 1969, the very day that America began its lengthy retreat from the jungles and marshes of Vietnam. Speaking to reporters on the island of Guam, Nixon described the U.S. troop withdrawal in terms that endowed it with a broader, strategic rationale. Retrenchment, according to Nixon, would subordinate the nation's commitments to its interests, reversing the recent trend of American policy. Nixon's policy would likewise encourage friends and allies to marshal greater resources in their own defense, even as the United States continued to meet its treaty obligations. Finally, it would grant the United States greater flexibility to respond to new diplomatic realities.

Nixon derived these principles from his appraisal of the postwar international environment, the features of which, he argued, had undergone a recent and dramatic transformation. As Nixon explained, the United States was the only major country to escape the social and economic destruction of World War II. Consequently, in those first years after the war, friends and former enemies depended on the United States for aid in rebuilding their economies and resisting communist penetration. By the late 1960s, however, that first postwar era had given way to a new international configuration. Former recipients of U.S. economic and military assistance were now capable of contributing more to their own defense; developing nations, at one time easy marks for communist agitators, now required less American help and protection. Of perhaps greater importance were the events taking place within the Eastern bloc. Soviet crackdowns on East Germany, Hungary, and Czechoslovakia, as well as border clashes with China, were easing earlier fears of a monolithic communist movement. Those incidents, according to Nixon, testified to the "emerging polycentrism of the communist world," an altered landscape that presented the United States with "different challenges and new opportunities."

The Western alliance had also undergone something of a transformation. France withdrew from NATO's military command in 1966, challenging U.S. leadership of a united Western front. Britain, America's foremost partner in Europe, continued its fall from imperial glory, retreating from positions east of Suez in 1968. Economic troubles in both Europe and the United States would further tax the alliance, straining America's ability to "pay any price" for the survival of liberty. And the war in Vietnam continued to strait-jacket America's flexibility and drain its resources.

Those realities led Nixon to reshape the rhetoric and practice of U.S. foreign policy. Although he accepted the premise that the United States remained "indispensable" to world peace and stability, Nixon also recognized the limits of American power. Other nations, he maintained, "should assume greater responsibilities, for their sake as well as ours," a clear admission that the United States could not go it alone. America would, therefore, seek to balance the "ends" it desired in its foreign policy with the "means" available for doing so.

Nixon's Guam statement was the first indication that the president would be adopting a new strategic posture, prompting reporters to label its particulars the Guam Doctrine. Nixon and his national security adviser Henry Kissinger resisted that appellation and sought to change it, believing that a statement of such importance should commemorate its originator rather than its place of origin. Yet the newly coined Nixon Doctrine was vague enough to require repeated and lengthy explanation. The president sought to clarify his intent in an address to the nation on 3 November 1969. First, he noted, the United States would "keep all of its treaty commitments." Second, it would "provide a shield" should a nuclear power threaten either the freedom of a nation allied with the United States or the existence of a country deemed vital to U.S. security. Finally, and perhaps most significantly, Nixon vowed to maintain the outward flow of economic and military assistance in accordance with U.S. treaty commitments. "But," he added, "we shall look to the nation directly threatened to assume the primary responsibility of providing the manpower for its defense."

Southeast Asia would be the setting for the most visible application of the Nixon Doctrine. In an attempt to extricate the United States from the war in Indochina, Nixon sought to "Vietnamize" the conflict by having indigenous troops supplant American forces. It was a program that took four years to complete, with the last U.S. troops leaving Saigon in 1973. That policy, part of a broader effort to reduce American commitments abroad, would also find a home in the Middle East, where Nixon tried to build his new security structure upon the "twin pillars" of Iran and Saudi Arabia. The shah of Iran, Mohammad Reza Pahlavi, would benefit greatly from America's reliance on proxies, receiving a virtual blank check from Nixon and Kissinger to purchase enormous sums of American military hardware. It was a shopping spree that would boomerang on the shah—and on the United States—before the decade was out.

These manifestations of retrenchment were themselves part of a broader plan to alter relations with the Soviet Union and China. As he laid out in his Guam remarks, Nixon sought to capitalize on the "polycentrism" of the communist world. His visit to China in 1972 opened a new chapter in the Cold War; America would now practice "triangular diplomacy" and engage both the Chinese and the Soviets, creating new opportunities for U.S. foreign policy. One of those was in the field of arms control, where U.S. and Soviet officials sought to rein in a costly and dangerous arms race. Agreements regarding strategic weapons and antiballistic missile systems signaled a new spirit of cooperation between the super-powers, a relaxation of tensions that came to be known as détente. Given the overlap between those developments and his strategic vision, Nixon would ascribe his Soviet initiatives, as well as the commercial, cultural, and diplomatic ventures begun with the People's Republic of China, to the Nixon Doctrine as well.

Supporters hailed the Nixon Doctrine and the diplomacy of the Nixon-Kissinger team as a new, remarkable, and genuine alternative to the bitter contentions of the first postwar years. The domestic and international circumstances of the late 1960s and early 1970s, they observed, simply would not allow for massive interventions along the lines of Korea and Vietnam. Instead, the United States would "balance" the distribution of power in the international arena rather than pursue preponderant advantage. Many commentators found this a welcome change, even a sign of political maturity. For the first time in the postwar era, the United States was to a great degree experiencing and acclimatizing itself to the limits of American power.

Critics of the doctrine divided over its novelty, meaning, and effect. Some regarded Nixon's policies in Southeast Asia—widening the war to Cambodia and dragging out American involvement for another four years—as fully consistent with the tactics of his predecessors. Others have charged that Vietnamization, a policy supposedly born out of a new strategic calculus, was less an inspired idea than an acceptance of, and rationalization for, failure. In fact, Nixon's use of proxies seemed to inaugurate a new phase of the Cold War; his successors would build upon that policy, supporting "freedom fighters" throughout the developing world. Far from signaling a lessening of tensions or an American retreat from the Cold War, the Nixon Doctrine simply shifted the responsibility for fighting it. Now others would bear America's burden.

Still other scholars have questioned Nixon's use of proxy forces to safeguard American interests. Iran provides the most glaring example of that policy gone awry. In opening America's military coffers to the shah, Nixon fed the appetite of a ruler increasingly out of touch with his own people, accelerating tensions in a country deemed vital to the U.S. national interests. While that unrest derived most of its energy from internal factors, initiatives associated with the Nixon Doctrine contributed to such instability, paving the way for the Iranian revolution in 1979.

Detractors have also faulted the Nixon Doctrine for actually expanding the ranks of nuclear-capable nations. According to this critique, pledges to take friends and allies under the American shield left countries to wonder whether, and under what circumstances, they qualified for such protection. Nixon's failure to identify potential beneficiaries led nations such as Israel, India, Pakistan, and Brazil to join the nuclear club, preferring their own nuclear shields to the ambiguities inherent in an American one.

Finally, scholars have pointed out inconsistencies in the Nixon Doctrine. If its goal was to bring America's commitments in line with its resources, then pledges to aid countries threatened by communist subversion threatened to widen those commitments immeasurably. Application of the doctrine to the communist world seemed equally muddled. Although Nixon professed a recognition that international communism was polycentric rather than monolithic, he continued to oppose communist forces as though a victory for any of them was a victory for all of them, and especially for Moscow.

In the end, the Nixon Doctrine suffered from an inherent ambiguity. In trying to fashion a broad strategic posture for the United States, it became too diffuse, being associated with everything from détente to Realpolitik, to triangular diplomacy, to arms control, and to the use of proxy forces. In sum, it became the Nixon foreign policy agenda writ large. As such, it lacked a single, unifying principle tying administration initiatives together, even promoting one set of policies at the expense of another.