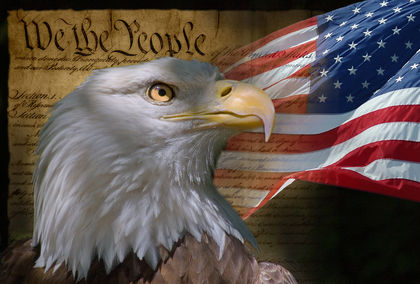 Controversy surrounds the legal authority of the president to make executive agreements. The practice of unilateral presidential accords with foreign nations conflicts with the constitutional emphasis on joint decision-making, and with the Framers' understanding of the reach and breadth of the treaty power, which Hamilton described in a letter under the pseudonym "Camillus" as "competent to all the stipulations which the exigencies of national affairs might require; competent to the making of treaties of alliance, treaties of commerce, treaties of peace, and every other species of convention usual among nations…. And it was emphatically for this reason that it was so carefully guarded; the cooperation of two-thirds of the Senate with the president, being required to make any treaty whatever." The text of the Constitution makes no mention of executive agreements. Moreover, there was no reference to them in the Constitutional Convention or in the state ratifying conventions. The Federalist Papers are silent on the subject as well. There is, then, no support in the architecture of the Constitution for the use of executive agreements. Yet their usage has flourished; presidents claim independent constitutional power to make them, and the judiciary has sustained such presidential claims of authority. The question of the constitutional authority that affords presidents a unilateral capacity to make executive agreements is to be distinguished from what would properly be characterized as legislative-executive agreements, which Congress has authorized the president to make and usually inspire little controversy, if only because they are more desirable than unilateral agreements from a constitutional perspective.

Presidents have advanced four sources of constitutional authority: (1) the president's duty as chief executive to represent the nation in foreign affairs; (2) the authority to receive ambassadors and other public ministers; (3) the authority as commander in chief; and (4) the duty to "take Care that the laws be faithfully executed." These claims are particularly open-ended, undoubtedly in conflict with congressional powers, and they strain the reach of credibility. It may well be the case that the president, in the context of military hostilities authorized by Congress, may, in his capacity as commander in chief, find it desirable to enter into a cease-fire agreement with an enemy, although this would be subject to congressional control. It may be necessary as well, in a military context, for the president to strike an agreement regarding protection of troops or deployment of troops. But it is difficult to justify unilateral executive agreements on the basis of these other claims.

Congressional efforts to rein in the practice of executive agreements and stem the tide of unilateralism have been largely unsuccessful. The first and most prominent effort occurred in 1951, when Senator John Bricker proposed a constitutional amendment to limit the use and effects of executive agreements and treaties within the United States. Supporters of the Bricker Amendment, including leaders of the American Bar Association, found virtue in the proposal for various reasons. Some "resented," as Alexander DeConde explained, "executive agreements such as those made at Yalta," and sought to curtail presidential unilateralism in foreign affairs. Others were fearful of the effect within the United States of such treaties as the UN Charter, the Genocide Convention, and the UN's draft covenant on human rights. Still others supported it as a useful "isolationist" response to the "internationalism of Franklin Roosevelt and Harry Truman.

The Bricker Amendment, approved by the Senate Judiciary Committee in June 1953, reaffirmed the Constitution's supremacy over treaties; required implementing legislation "which would be valid in the absence of treaty" before a treaty could be effected within the United States; and granted Congress the authority to regulate all executive agreements.

President Dwight D. Eisenhower opposed the amendment on grounds that it would hamstring the presidency in the conduct of foreign policy. In a letter to his brother Edgar, an attorney who supported the resolution, Eisenhower declared that it wold "cripple the executive power to the point that we become helpless in world affairs." The Eisenhower administration was keenly aware that most Republicans embraced the proposal and thus its opposition was carefully measured. After failing in his efforts to seek compromise with the Bricker forces, Eisenhower sought assistance from Senate Democrats. Senator Walter George of Georgia introduced his own amendment, which reiterated the Constitution's supremacy over treaties and executive agreements. In a key passage that reflected the widespread opposition to the expansive use of unilateral executive agreements, the George proposal would have required implementing legislation for executive agreements (but not for treaties) to take effect within the United States. The Eisenhower administration lobbied intensively for the defeat of both the Bricker and George proposals, principally because advisers believed it would strip the president of important prerogatives and transfer authority over foreign affairs from the executive to the legislative branch. The Bricker Amendment was defeated in the Senate on 25 February 1954 by a vote of 50 to 42. But the George Amendment fared better; it fell just one vote short of the two-thirds required for approval.

Congress has attempted to curtail the practice of making secret executive agreements. A subcommittee of the Senate Foreign Relations Committee learned in 1969 and 1970 that U.S. presidents had negotiated significant covert agreements with South Korea, Laos, Thailand, Ethiopia, and Spain, as well as other nations. In response, Congress passed the Case Act of 1972, requiring the secretary of state to send to Congress within sixty days the text of "any international agreement, other than a treaty," to which the United States is a party. If the president decided that publication would compromise national security, he could transmit it to the Senate Foreign Relations Committee and the House Committee on Foreign Affairs under an injunction of secrecy removable only by the president. But presidents from Nixon to Clinton ignored or circumvented the statute, and congressional enforcement efforts have been largely ineffective.