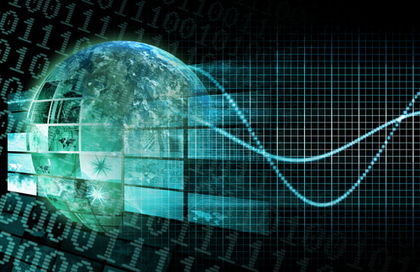 "Globalization" is a fairly new term. Professor Theodore Levitt, a marketing professor at the Harvard Business School, apparently first employed it in a 1983 article in the Harvard Business Review. It is arguable, however, that the basic concept dates to the first humans. Defined broadly, globalization is the process of integrating nations and peoples—politically, economically, and culturally—into a larger community. In this broad sense, it is little different from internationalization. Yet globalization is more than this incremental process that over the centuries has brought people and nations closer together as technological innovation dissolved barriers of time and distance, and enhanced flows of information promoted greater awareness and understanding.

The focus, as the term suggests, is not on nations but on the entire globe. Consequently, a more sophisticated definition might emphasize that contemporary globalization is a complex, controversial, and synergistic process in which improvements in technology (especially in communications and transportation) combine with the deregulation of markets and open borders to bring about vastly expanded flows of people, money, goods, services, and information. This process integrates people, businesses, nongovernmental organizations, and nations into larger networks. Globalization promotes convergence, harmonization, efficiency, growth, and, perhaps, democratization and homogenization.

Globalization also has a dark side. It produces economic and social dislocations and arouses public concerns over job security; the distribution of economic gains; and the impact of volatility on families, communities, and nations. Many also worry about a growing concentration of economic power; harm to the environment; danger to public health and safety; the disintegration of indigenous cultures; and the loss of sovereignty, accountability, and transparency in government. These, too, are issues that have been topics of concern to American diplomats and foreign policymakers throughout the twentieth century.

There are two principal drivers to globalization: technological innovation and changing ideas about how to organize and regulate economic activity. Rapidly changing technologies for transportation and communications continue to dissolve the barriers of time, distance, and ignorance that once complicated long-range relationships. In the twentieth century some of the most important technological innovations that changed diplomacy were the jet plane, satellite communications, fiber-optic cables, and the Internet. Ideas also shape globalization, particularly the widespread belief that free trade, private enterprise, and competitive markets promote efficiency and economic growth. Another set of ideas also influences the globalization process: the belief among international lawyers that harmonization of standards, rules, and legal systems is the most appropriate way to resolve business conflicts. The impact of technology and ideas are the building blocks of globalization, and have shaped U.S. power, policy, and diplomatic conduct.

The globalization process has other independent drivers. In the history of the modern world, a rising population in less-developed areas frequently has triggered emigration to areas of economic opportunity, and this in turn has frequently produced a stream of remittances to family members who remained behind. Famine and malnourishment, as well as the need for energy and industrial raw materials to support advanced economies, also affect the globalization process, promoting greater flows of materials, food, and goods, and thus enhancing the interdependence of people and economies. Also, two World Wars, a Cold War, and the Great Depression disrupted in significant ways the ongoing globalization process through much of the twentieth century. Finally, leadership is an important element of all human activity. Had the United States, as the world's leading economic and military power in the twentieth century, not committed its public policy to promoting an open, and nondiscriminatory, international economic system, it is quite possible that the globalization process would have taken a different course—perhaps one that gave priority to regional blocs.

In explaining the emergence of globalization, it is almost trite to observe that the underlying forces of technology and economics have transformed the traditional nation-state system and compressed once-formidable barriers of time and space. But post–Cold War globalization did just that, although the process had roots in the late-nineteenth-century growth of American power. The concept, therefore, requires scholars of foreign relations to leap outside of the normal parameters of the nation-state and political-military affairs and take into account such elements as the flows of goods, services, and money; the increasing international mobility of people (and especially business professionals and skilled workers); the emergence and growth of large corporations that view the world as a single market in which they allocate resources, shift production, and market goods; the expansion of financial, legal, insurance, and information services; and the interconnections of cultures, customs, political processes, and ideas.

Mindful that the concept addresses historical transformations, scholars in political science, economics, linguistics, anthropology, geography, law, art, and film studies help to define the term. Political scientists, economists, and business historians have accurately identified techno-economic globalization as the precursor of other forms of globalization, such as transnational cultural exchanges. That is, the open and expanding market, in a synergistic relationship with technology (including scientific developments), has given rise to concomitant political, institutional, social, intellectual, and diplomatic changes. Economics and technology exert an enduring impact on international relationships, seemingly proceeding on their own separate tracks but not immune from events.

This calls into question the interpretation of economic determinists, for globalization complicates while it also complements Marxism, corporatism, and the like. To be sure, the power of markets associated with money, goods, services, and information facilitates international relationships, but it does so in diverse ways. Wealth is only one of the critical factors propelling the global economy. When viewed from a perspective of globalization, Marxism overemphasizes capitalism's contradictions of overproduction and underconsumption, diverting attention from the impact of economic and business concerns on diplomacy. Corporatists tend to discount the influence of strategic, humanitarian, and idealist considerations in government circles and within the private sector as well, while world systems theorists draw on an international lineup of states rather than global, private-oriented networks.

Traditional approaches to diplomatic history, including post-revisionism, also ignore the globalization construct in that they relegate economics and technology to a second tier in their levels of analysis. Globalization requires attention to nongovernmental actors, including religious and philanthropic organizations, consumer and environmental groups, workers, and unions, along with those active in business and finance. By including these groups, globalization lends an appreciation to the variety of concerns in U.S. foreign relations, from national security to advancing national ideals to humanitarian concerns.

Globalization is also not event or crisis driven, which are common foci for diplomatic historians. Instead, it explores the factors that are significant to diplomacy in the long run. For instance, the dispute between Guatemala and the United Fruit Company that led to the ouster of the government of Jacobo Arbenz Guzmán in 1954 is considered a crisis point in Cold War diplomacy. But just as important is discussion of the efforts of Carl Lindner, owner of United Fruit's successor, Chiquita Brands. He opened Western European markets to exports of Central American bananas by using the power of the purse to reward American politicians of both parties, thus placing his agenda at the cutting edge of U.S. trade diplomacy toward the European Common Market. Diplomatic history can account for such actions, which are often hidden by more traditional approaches, by placing the Guatemala episode and other flash points in the context of the globalized expansion of business and culture.

With its application to the many strands of the historiography of U.S. foreign relations, it is clear that globalization promotes new ways of explaining American diplomacy. And because globalization is a historical phenomenon, scholars and commentators can draw on it as an interpretive device to examine change and continuity across the world at various times. Technology and economics have long colluded with each other, beginning at least with the Industrial Revolution. Yet conquests, trade, slavery, and religious expansion, across the world as it was then known, have occurred farther back than that. The spread of Islam, the Crusades, the Roman Empire, and continuous agricultural revolution all represented the inexorable push of the market and technology that lay at the foundation of globalization. Economic globalization undergirded strife, growth, and interchange within and beyond local boundaries throughout history, but the globalizing economy, through the penetrating impact of technology, has also changed culture and politics. Globalization is of a synthetic quality in that it addresses the factors that comprise American diplomatic history; it helps group priorities in foreign relations and explain them in a coherent way.