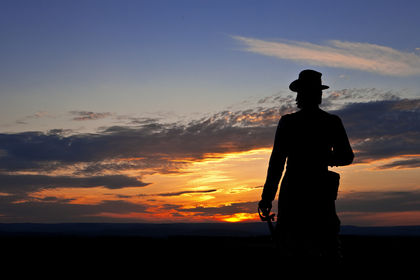 The purchase of Alaska in 1867 ended the period when new territory was assumed to be on the path to eventual statehood. By that time the nation's policymakers were already debating a new and more truly imperialist form of expansion. Schemes to acquire Cuba, by purchase or otherwise, had been current from 1848 onward, while in 1870 the Ulysses S. Grant administration negotiated the annexation of the Dominican Republic, only to see the Senate reject the instrumental treaty. Critics of this latter scheme were quick to point out the break with tradition implicit in the quest for territory already compactly settled by an alien society. Such a society could be assimilated into the nation proper only with great difficulty and over a long period, or more probably it could not be assimilated at all. Thus, the United States had to choose between incorporating an unassimilated people into its federal system, thereby endangering its integrity, or ruling them as colonial subjects in violation of the right to self-government supposedly inherent in the American political system. Foreshadowed by the earlier opposition to the all-Mexico movement of the late 1840s, the Senate debate over the annexation of the Dominican Republic developed the main lines of the controversy over imperialist expansion and marked the maturing of an active anti-imperialism in the United States.

For a generation after 1870, projects for further expansion attracted little support in the United States, and most people assumed that imperialism had become a dead issue. A number of developments, however, prepared the nation for imperial ventures at the end of the century. Chief were the rapid industrialization and soaring productivity of the national economy, which made the United States the leading industrial power by 1900. Increasingly conscious of their numbers, wealth, and strength, and proud of their unique institutions and sprawling territory, Americans began to aspire to a place for their country among the world's great powers. The severe economic depression of the 1890s added material aims to the drive for prestige, as the nation's business leaders and political spokesmen hoped for economic salvation in increased exports of American manufactures. By the mid-1890s, a new mood had brought a reappraisal of America's world position.

While largely internal forces first prompted the nation's leaders to look outward, the global sweep of European imperialism was reaching its high point, providing both the model and the final impetus for the new activism. Initially, Americans reacted to European imperialism as a threat to be repelled, fearing its penetration into the Western Hemisphere. Still mindful of France's incursion into Mexico in the 1860s, Americans were startled by a French project in 1879 to build a ship canal across the Isthmus of Panama. Later they also came to see Great Britain as a potential interloper, inspiring Secretary of State Richard Olney to a famous warning against such penetration during the Venezuelan crisis of 1895. Fears of European encroachment undoubtedly added urgency to the drive for Hawaiian annexation after 1894 and figured in discussions of Caribbean expansion later in the decade. One result of such fears was advocacy of a sort of preemptive imperialism, a conviction that the United States should seize desirable areas before a rival power got them.

In addition, the constant example of the European powers in time led many in the United States to take a more positive view of imperialism. Thirsting for national prestige, they saw that colonies were highly valued status symbols in Europe and that colonial empires had already swallowed up most of the non-Western world. Furthermore, if Europeans claimed to spread civilization to unenlightened peoples, did not the United States have a more compelling mission to implant its own superior institutions? Finally, the theorists of the Old World had proclaimed that colonial empires could provide strategic bases, captive markets, raw materials, and investment opportunities—in short, could alleviate the persistent distresses from which the American economy suffered.

By 1895 a small but growing number of American politicians, publicists, naval officers, and businessmen supported a modest expansionist program. This generally included the annexation of Hawaii, the acquisition of one or more base areas in the West Indies, and the construction of an isthmian canal across Central America to facilitate naval and mercantile movement between the eastern United States and the Pacific Ocean. Some also aspired to the peaceable annexation of Canada, while others wished to challenge British political and economic leadership in South America. But virtually all limited their ambitions to the Western Hemisphere, and most to areas traditionally within the sphere of American interests. While this program fell short of a full-fledged scheme of empire, it gave a specific direction to expansionist currents and reinforced the appeal of the imperialist idea.

Many Americans continued to be suspicious of imperialism, but others found that it was increasingly easy to identify imperialism with many aspects of the American tradition. Territorial expansion, a strong sense of national mission, and a dynamic economic growth had been dominant themes in American history. The belief in the inequality of man, which imperialism demanded, offered few problems at a time when the South was even then perfecting a system of segregation and disfranchisement of blacks, the West was in the final stages of suppressing the Indians, and the East fulminated against the inferiority of the new immigrants from southern and eastern Europe. Currently popular theories of social Darwinism held that the various races of man progressed at differing rates according to their place on the evolutionary scale, or failed to progress and fell victim to "natural selection." No one believed more devoutly in progress than Americans, and the presumed duty of carrying progress to backward lands was popularly called "the white man's burden." This combined belief in progress and human inequality, along with boundless self-confidence and a hope of gain, constituted the principal attitudes that underlay imperialism.

Whether the imperialist appeal was chiefly economic, psychological, nationalist, or idealistic has long been the subject of contention. In fact, it was all of these, and perhaps more. The most fundamental explanation of the global imperialism of the nineteenth century was that the Western world, containing a relatively small minority of the world's people, had achieved a virtual monopoly of effective power. The development of the nation-state enabled the effective mobilization of a society's resources, and coincided with the growth of modern science and industrialization. The latter developments created societies of unprecedented wealth and armed them with weapons of unparalleled destructiveness, while the steamship, the railroad, the telegraph, and the oceanic cable greatly diminished the distances that separated the Western peoples from the rest of the world.

The disparity of power between "modern" and preindustrial societies reached its maximum in the nineteenth century, and it was this disparity that was, quite directly, the driving force behind the breakneck colonialism of the period. Conscious of their strength and brought into close contact with weaker peoples, Europeans quickly developed a sense of superiority and discovered desirable goals to seek in vulnerable foreign places. The process soon created its own mystique, which could be shared by almost any member-state in the Western world. While American imperialism had special national characteristics—as did that of England, France, Germany, and other nations—during the 1890s, American imperialism was not essentially different from the parent European variety. Its American disciples believed otherwise, having as firm a faith in their own uniqueness as their European rivals.

Tweets by LechMazur
Also read article about Imperialism from Wikipedia