Imperialism - The cold war and its aftermath 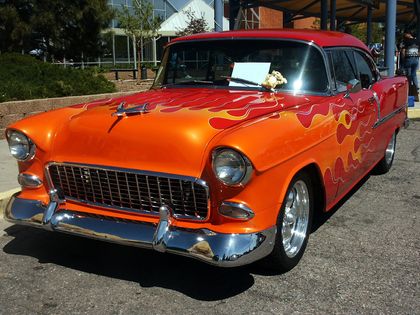 World War II humbled or drastically weakened every great power except the United States and the Soviet Union, both of which emerged with greatly enhanced power and prestige. In a world full of power vacuums, this dangerously simplified bipolar balance contributed to a growing rivalry between the two superpowers, as did the strong but mutually contradictory ideas of mission that each possessed. Initially competing for hegemony in Europe, this postwar rivalry soon became global in scope, and American military and political commitments proliferated. At the same time, the preeminent economic position of the United States at the end of World War II much enhanced its influence abroad and gave it great weight in shaping the economic structure of the noncommunist world. Thus, American influence over other societies reached a new high and took many different forms. In the Caribbean, the United States supported anticommunist military ventures in Guatemala (1954) and Cuba (1961), and in 1965, out of fear that a leftist government would come to power, intervened in the Dominican Republic. In East Asia, South Korea, Taiwan, and, later, South Vietnam and Cambodia became heavily dependent upon U.S. military aid. Japan grew into an economic giant but retained close ties to the United States. Other initiatives in the Middle East, Africa, and elsewhere made American activities truly global.

In the economic sphere, the United States overwhelmingly became the chief investor, source of credit, and supplier of new technologies. From the 1940s to the 1960s, the American dollar was the yardstick of international currency exchanges, while an American-sponsored drive toward freer world trade facilitated American exports of goods and money. The purchase of foreign subsidiaries and the development of multinational corporations gave American business enterprise increased influence abroad, while many foreign nations found their principal export markets in the United States.

The political and economic impact of the United States was accompanied by significant social effects. American-style mass consumption spread its appeal everywhere, as the elite of half the globe rushed to emulate the lifestyles of New York and California. American tourists, motion pictures, and television programs went everywhere, while students flocked to American universities from all over the world. Even an economically advanced country like Japan assimilated American models of dress and amusement, and readily accepted bondage to the automobile.

Some viewed the international vogue of American lifestyles and consumer products as cultural imperialism, or a thinly veiled form of economic exploitation. Others deplored the subversion of native cultures and the consequent destabilization of traditional societies by the tide of westernization. Many twenty-first-century scholars, however, are skeptical of the idea of a one-sided cultural aggression, citing the eagerness with which Eastern Europeans and others sought Western fashions, films, and popular music even when their governments attempted to shut these things out. In this view, developments in the Western world have set off an irresistible global cultural change, in which cross-fertilization complicates any notion of a simple one-way influence. Terms such as "modernization" and "globalization" are used to suggest a generalized force beyond the control of any one society. It was nevertheless the United States that led the way in the process.

In any case, the worldwide distribution of U.S. military bases, security agreements, investments, multinational corporations, foreign-aid programs, and open and undercover political activities gave rise to the charge that American imperialism had not only revived but had expanded over enormous areas. Some critics described an "open door empire" in which American foreign policy sought to impose everywhere the conditions necessary for the penetration of American exports and enterprise, while keeping underdeveloped nations in a state of perpetual economic colonialism. From this point of view, the term "imperialism" applied to virtually every overseas activity of the United States.

Given the undeniably great impact of the United States in the postwar world, the issue was not whether there had been an American influence on other societies but whether that influence was best described as imperialism. Since the United States annexed no territory during the period in question, the most obvious form of imperialism does not apply; there was no formal empire. There were, however, attempts at neo-imperial control of other states. In 1965 the Dominican Republic experienced a U.S. military intervention that imposed a new president, who was retained in power for many years by the active use of American influence and machinations of the Central Intelligence Agency. The Ronald Reagan administration (1981–1989) supported civil wars in El Salvador and Nicaragua in an attempt to bolster right-wing regimes against leftist opponents. Other cases could be cited, but blanket assertions of imperialism went too far. It was doubtful terminology to apply that label to the postwar American record in Europe. It is true that the United States threw its influence into an effort to erect a liberal-capitalist system in Western Europe, just as the Soviet Union worked for Marxist-Leninist states in Eastern Europe. Given a virtual power vacuum in one of the world's vital centers, no less was to be expected of either superpower. It is also true that the Marshall Plan and companion policies were designed not only to aid European economic recovery but to boost European purchases of American exports. Yet the end result was not merely exploitive, for it helped to recreate in Western Europe one of the great industrial centers of the world, which soon offered stiff competition to the United States itself. Like Japan, West Germany pressed American manufacturers hard in their own markets and often bested them in markets abroad. In time, many European states became effective competitors. To call this performance economic imperialism is both misleading and intellectually counterproductive.

The U.S. military intervention in Southeast Asia during the 1960s ended in the following decade in humiliating failure and a national reappraisal of the American role abroad. For a time, the shadow of Vietnam inhibited further overseas adventures, but the global network of American commitments and interests continued largely intact. Foreign involvements reappeared with the previously mentioned Reagan administration's activities in Central America, as well as its military deployments in Grenada (1983) and Lebanon (1984), but on a limited scale.

The end of the Cold War in 1989 and the subsequent breakup of the Soviet Union changed the global situation fundamentally, leaving the United States as the only superpower. The Cold War justification for foreign military interventions thereby disappeared, but new reasons for such ventures multiplied. In varying scales of magnitude, U.S. armed forces were deployed in Panama (1989), Somalia (1992), Haiti (1994), Bosnia (1995), and Kosovo (1999), the latter including a bombing campaign against Serbia. By far the largest overseas operation was the Gulf War of 1991 against Iraq, which involved more than 500,000 U.S. troops to protect the industrial world's oil supply, but motives for the other interventions varied widely. In Somalia, for example, where no visible U.S. interests were at stake, the goal was to remove the obstacles to feeding a starving population, and in Bosnia and Kosovo it was to prevent the out-break of regional war and prevent mass genocide. Some saw the United States as world policeman, others as global bully, but none could deny the reality of the nation's power and influence virtually everywhere on the globe.

As the world's strongest and wealthiest nation for the last half century, the United States was responsible for its full share of neo-imperialist hegemony. At times, however, it acted abroad in conjunction with less powerful nations that lacked the American capacity to project force quickly to crisis areas. The North Atlantic Treaty Organization and the Gulf War both saw U.S. military power enlisted in the service of a broad coalition of nations and interests. Operating within a highly competitive global economy, U.S. economic power was great but hardly hegemonic, while its cultural influences were eagerly received in large parts of the world even if deeply resented in others. No single definition can contain the enormous variety of American activities, motives, and effects on the world; certainly the term "imperialism" cannot.

Tweets by LechMazur
Also read article about Imperialism from Wikipedia