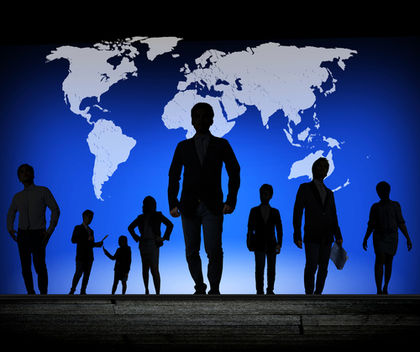 In general international organizations are based on multilateral treaties between at least two sovereign nation-states. The formation of an initially fairly loose bond among the participants is generally fortified by the development of more or less stringent institutional structures and organs to pursue certain more or less clearly defined common aims in the international arena. IOs can either have a global or a regional character, with the latter in general displaying a more centralized structure due to the limited number of regional state actors available. While many IOs are singleissue organizations, others focus their attention on a multitude of issues. IOs can either be open to new members or consist of a closed system. On occasion IOs are established for a certain duration as specified in their respective charters, but more often than not no time restriction is applied.

While INGOs help to clarify international rules and regulations that enable at least two societal actors (parties, issue groups, unions, associations, international businesses, and corporations) to cooperate in the coordination of certain specified transnational and cross-border issues, IGOs, with which this essay is mostly concerned, are based on the cooperation of nation-states. An IGO is usually based on a multilateral treaty of two or more sovereign nation-states for the pursuit of certain common aims in the international arena. It is helpful to differentiate between supranational or semi-supranational IGOs, like the European Union, or looser confederations of states and nonsupranational IGOs, like the United Nations and NATO. While the former limit the sovereignty of the participating nations to a lesser or greater degree, the latter normally do not infringe on the sovereignty of their member states; they therefore tend to have only a limited degree of influence over their members. Despite the equality of recognized nation-states in international law, in fact a hierarchy of power and influence exists even within nonsupranational IGOs. The UN Security Council, dominated by its five permanent members, as well as the IMF, the World Bank, and many other IOs, are all dominated by the established great powers, not least on account of their political and military influence and capabilities as well as their financial and economic clout. With the exception of China and Russia, the influential powers of the early twenty-first century all come from the ranks of the West.

There are some institutionalized meetings and conferences that can easily be mistaken as IGOs. Among these are the increasingly controversial G7/G8 meetings of developed nations and the meetings of the World Trade Organization as well as summit meetings between heads of states and, for example, the Conference on Security and Cooperation in Europe (CSCE), which played such an important role in overcoming the Cold War. In fact they are not IGOs; instead these loose organizational structures are only very temporary alliances of a hybrid nature. But they are increasingly important and, in addition to the IGOs and INGOs, must be characterized as a third—albeit no less ambiguous and still largely unexplored—actor in international diplomacy.