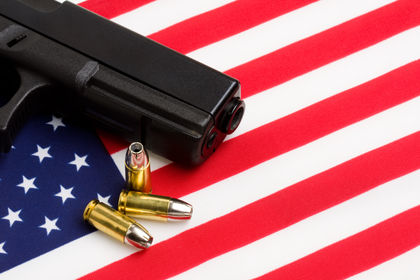 The refusal of the Senate to ratify the Treaty of Versailles, followed by the victory in the 1920 presidential election of Warren G. Harding, who had rejected the league, claiming to favor a mythical "association of nations," meant that the United States never joined the League of Nations. Neither would the Senate ratify a treaty to join the country to the Permanent Court of International Justice, organized in 1921 as an affiliated agency of the league. Did this in fact represent a repudiation of internationalism? Scholars are not of one mind. Almost surely the voting public in 1920 would have approved a somewhat scaled-down League of Nations that lacked the automatic territorial guarantee embodied in Article 10. And although the Harding administration refused even to answer mail from the League Secretariat in Geneva, there are few indicators that the public approved the administration's rigid rejection of international cooperation. Indeed, by 1923 the State Department had begun to soften its anti-league policy by accepting invitations to league-sponsored meetings and sending unofficial observers ("something between a guest and a spy," quipped one league proponent) to Geneva on a regular basis.

Another piece of evidence that many Americans remained sympathetic to internationalism was the Harding administration's disarmament and foreign policy. State Department support for hosting the Washington Naval Conference—held from November 1921 to February 1922—stemmed at least in part from the fear that, with the League of Nations a going concern, America might find itself more isolated than was desirable. Certainly many isolationists favored the naval limitation treaty that emerged from the conference, but the treaty garnered overwhelming support among internationalists, both of the idealist variety and those who would later be called realists, like Secretary of State Charles Evans Hughes and future Secretary of State Henry L. Stimson. The other agreements signed at Washington also spoke to the belief among internationalists that U.S. strategic and economic interests made isolationism obsolete. The Four-Power Pact guaranteeing the status quo in the western Pacific may not have contained enforcement provisions, but it did obligate the signatories to consult in the event of a threat to the peace. Internationalists likewise supported the Nine-Power Pact guaranteeing the "open door" and the status quo in China.

In short, the Harding administration forged a web of relationships that did not support overt intervention abroad but did contradict the fundamental basis of isolationism. These relationships were further supported by an economic policy that increasingly reflected the corporate side of American life. The post–Civil War Industrial Revolution tied American prosperity to a healthy global economy. The policymakers who promoted U.S. loans to China and Latin America were internationalists, not isolationists, as were their banker and industrialist friends. They may have differed among themselves over such issues as imperialism and even military intervention, but few still doubted that America needed to be involved in the global economy of the twentieth century. Some of these policymakers were themselves financiers and industrialists, like oil magnate Charles G. Dawes, who served as vice president during the Coolidge Administration (1925–1929), and banker Norman Davis, who served both Wilson and Franklin D. Roosevelt in various foreign policy posts. Their prominence gave substance to the belief that international cooperation had become an article of faith in post–World War I Washington.

No wonder, therefore, that even President Harding favored U.S. membership on the World Court, officially the Permanent Court of International Justice. The Advisory Committee of Jurists who met at The Hague in 1920 and drafted the court's statute included the influential Elihu Root, a Republican Wall Street lawyer who had served Theodore Roosevelt as secretary first in the War Department and then in the State Department. Root typified many of the Republican internationalists during the 1920s. He had misgivings about President Wilson's brand of enforcement internationalism, preferring the prewar legal approach that emphasized the importance of judicial processes and the codification of international law. His prestige, along with that of future World Court judges like Charles Evans Hughes and the legal scholar John Bassett Moore, helped to legitimize the court for most Americans. The unimaginative Calvin Coolidge, who succeeded Harding in the White House and has often (and too simplistically) been described as an isolationist, also called for membership on the court. So did every subsequent president and secretary of state during the interwar period. Enough isolationist opponents of the court remained in and out of Congress, however, to prevent ratification of court membership until after World War II. When the most important Senate vote on membership occurred in 1935, these isolationists capitalized on the insecurities generated by the Great Depression and the fear of an aggressive Germany and Japan to block ratification by a two-thirds vote. Americans favored international cooperation, but not to the extent of risking war. This may not have been full-blown internationalism, but neither was it isolationism.

It is important to remember that support for World Court membership during the interwar period did not always translate into support for league membership. Nevertheless, many internationalists continued their Wilsonian campaign into the early 1930s, believing (perhaps correctly) that the new organization could not succeed without U.S. participation. As with so much else regarding foreign policy between the wars, the results were mixed.

Internationalist educational activity complemented these efforts. The establishment of organizations like the Foreign Policy Association, with its many local chapters, publicized international affairs generally and cooperative international activity in and out of Geneva specifically. The Carnegie Endowment helped to sponsor international clubs in high schools, while a number of colleges and universities instituted major programs in international relations. A few, like Harvard, Princeton, and Johns Hopkins, founded graduate institutes to produce specialists who might find their way into the State Department or into teaching positions at other institutions.

Other organizations, too, warrant mention, including some that encouraged cultural internationalism. Of special importance was the establishment in 1919 of the Institute of International Education. The IIE promoted educational exchanges abroad for both students and teachers and, after World War II, administered the Ful-bright scholarship program. It shared an assumption common among interwar internationalists: that familiarity with foreign cultures would promote understanding and therefore peace.

A few internationalist enthusiasts, such as the journalist Clarence Streit, who founded one of the more popular internationalist organizations, Federal Union, favored a plan to organize the world's democracies into a world federation to ensure peace. Streit's movement eventually included more than a quarter of a million Americans in local chapters and represented the most popular prointernationalist response before Pearl Harbor. Other internationalist organizations, like the Council on Foreign Relations, which first appeared in 1921, headed in a more traditional, or "realist," direction. Founded by former cabinet members Elihu Root and Henry L. Stimson, the council capped its membership at about 550 prestigious individuals from government, business, journalism, and university life who met with domestic and foreign officials, hosted seminars on wide-ranging issues concerning foreign policy, and published the prestigious journal Foreign Affairs. The council's influence was much greater than its actual membership would suggest. The degree to which it closed its doors to the general public led many isolationists, both then and later, to see it as the center of an internationalist conspiracy to involve the United States in foreign entanglements or wars. Unlike Streit's organization, it remained committed to a very traditional model of state sovereignty, albeit one that rejected the assumptions undergirding American isolationism.

When by 1923 it was clear that the United States would not join the League of Nations, internationalists turned their attention to increasing American cooperation with the league and its agencies short of membership. But they also sought to influence American attitudes toward the outside world by creating a sense of collective "responsibility"—the word would soon achieve almost religious meaning—to support Covenant principles that advanced peace.

The first program succeeded reasonably well. By the mid-1920s the United States regularly participated in league commissions dealing with nonpolitical matters, notably health, social, and economic problems. It also cooperated in the disarmament area, though without much success. International cooperation, of course, was not pursued exclusively through the league or league-related agencies. Some Americans continued to work for pre-league internationalist objectives such as arbitration of interstate disputes and legal, not political, means to resolve problems. The arbitration ideal, discredited by World War I, bounced back among Americans with short memories and received additional support by the league itself with the establishment in 1927 of the Arbitration and Security Commission. Partly through the commission's efforts, Washington would eventually negotiate twenty-seven arbitration treaties between 1928 and 1931, though these treaties, as earlier, usually excepted consideration of such important interests as the Monroe Doctrine.

Efforts to further strengthen international law as a bulwark against disorder led the Carnegie Endowment for International Peace in 1923 to establish and fund the Academy of International Law at The Hague. The Carnegie Endowment also funded efforts to continue the codification of international law, particularly in the Western Hemisphere. James Brown Scott, who founded and led the American Society of International Law, spearheaded this work. To the disappointment of Scott and his colleagues, little of it captured the public imagination as it had before World War I. At best, the limited agreements that resulted from these efforts allowed the United States to balance its economic interests and its legal ideals.

Those economic interests carried the U.S. government in both directions during the interwar period, sometimes at the same time. Internationalists applauded the involvement of Washington in forging the loan programs embodied in the Dawes Plan (1924) and Young Plan (1929) to stabilize the European economy. They were silenced, however, by the economic nationalism expressed in 1930 when President Herbert Hoover signed the protectionist Smoot-Hawley Act. Nor did the Democrats who joined the Roosevelt administration offer consistent support to the economic internationalists. When Franklin Roosevelt's secretary of state, Cordell Hull, an orthodox Wilsonian, attended the London Economic Conference of 1933 to forge a global solution to the economic crisis, the president undermined his efforts by siding with economic nationalists who opposed Hull. Yet the following year, Roosevelt gave his blessing to Hull's internationalist program for reciprocal tariff agreements to lower rates.

Tweets by LechMazur
Also read article about Internationalism from Wikipedia