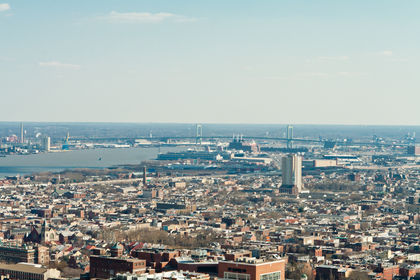 Despite the limitations of these plans, both organizations—the League to Enforce Peace and the World's Court League—campaigned vigorously to promote not only their projects but the more general idea of a league. Even the critics of international organization did not doubt that a vast majority of citizens found the league idea attractive by 1919. President Wilson incorporated it into the famous Fourteen Points address, his most important speech regarding war aims. At the Paris Peace Conference, he then insisted that the final peace treaty contain the League of Nations proposal. Nevertheless, Wilson had done little to clarify his thinking about a league during the war. He consciously and consistently rejected suggestions to spell out a peace plan before the summer of 1918. Only after the British presented their own plan and the fortunes of war turned decisively in favor of the Allies did the American president encourage more detailed thinking about the subject.

In part because he believed the British plan, authored mainly by Lord Phillimore, to be toothless, he increasingly emphasized the importance of both economic and military sanctions to compel states to maintain the peace. This approach not only differed from that of the British but substantially deviated from that of the League to Enforce Peace. Wilson not only became increasingly sympathetic to sanctions, but veered away from the League to Enforce Peace plan in a number of other ways. These included his insistence on a guarantee of territorial integrity, his emphasis on disarmament, and his stress on the binding and compulsory nature of arbitration. Oddly, the president, who had written some serious history, ignored the main lines of prewar American internationalist thought. By calling for an organization with considerable authority that emphasized elements of power politics rather than legal principles, he virtually guaranteed that his plan would encounter stiff opposition at home.

Americans bided their time while Wilson in Paris, together with a handful of colleagues from the larger states, hammered out the League of Nations Covenant behind closed doors. French skepticism about a league and British fear of too strong a league gave way before Wilson's influence. Moreover, the president's willingness to compromise on territorial, imperial, and financial issues was contingent on European willingness to approve his version of the Covenant. At the heart of that Covenant were four articles that, Wilson had come to believe, would make war a thing of the past. Article 10 guaranteed the territorial and political independence of every member state. Article 11 mandated that any threat to the peace was of concern to every member of the organization and authorized the league to take "any action that may be deemed wise and effectual to safeguard the peace of nations." Article 15 established procedures to settle matters that could not be arbitrated or settled in court, and Article 16 provided the machinery for economic and military sanctions. For a nation schooled in isolationism and quite unprepared for the kind of commitments that Wilson had championed in Paris, the change in course was quite radical. Wilson gambled that the fear of another world war would persuade Americans to embrace his proposals. Nonetheless, by failing to prepare the public for such a radical change, and by ignoring the crassly political crosscurrents that the treaty fight unleashed, the president found himself on the defensive during the remainder of his term.

This kind of demagoguery took its toll. Even though historians agree that most Americans favored a league of some kind, the public grew increasingly wary of a league that contained the kind of advance commitments regarding force embodied in Articles 10 and 16. To many Americans, fighting a war to prevent a war just did not make much sense, as the prewar internationalists in the World's Court League had claimed. Perhaps Wilson really believed that the threat of using force against an aggressor state that violated the League of Nations Covenant would suffice to guarantee the peace. The American public was less sure. The result was that the Senate debated not membership itself, but the kind of league the United States might join. The slim Republican majority in the Senate, and even some Democrats, sought to whittle away the obligations of membership. Wilson remained uncompromising. The president's supporters, therefore, failed to mobilize the two-thirds Senate majority needed to ratify the Treaty of Versailles. Sadly for Wilson, the first twenty-six articles of that treaty constituted the League Covenant.

Tweets by LechMazur
Also read article about Internationalism from Wikipedia