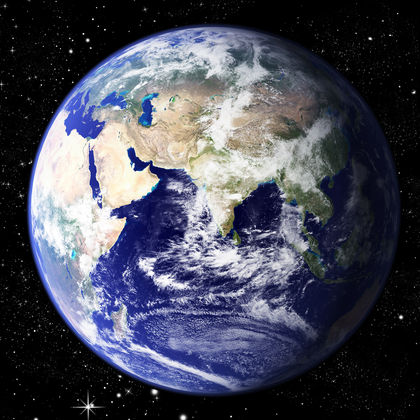 Vandenberg was essentially right. Both the traditional American foreign policy, based on the precepts of Washington and Jefferson, and isolationism, regarded by its proponents as an adaptation of that policy to the conditions of the twentieth century, had rested on the assumption that Europe's interests were sufficiently different from those of the United States and that the United States was sufficiently safe from attack to make political or military involvement with Europe unnecessary. If unnecessary, such involvement was undesirable by definition, since it could only limit the country's freedom of action and thereby its sovereignty without bringing any compensating benefits. Although these assumptions had been challenged by world events since the end of the nineteenth century, they had never before been clearly disproved. When the assumptions were disproved, the isolationist structure was no longer a viable one, and the United States moved rapidly not only into tacit alliance with Great Britain and into war as a formal ally of the anti-Axis powers but also very consciously into a commitment to collective security.

Even before World War II had ended, the world economy and the political structure of the new league of nations, the United Nations, would be laid out under American leadership at international conferences at the Bretton Woods resort in New Hampshire and the Dumbarton Oaks estate in Washington, D.C. The United States not only joined the United Nations without serious opposition, but also symbolized its change of course by welcoming that organization's headquarters to New York City.

What had been destroyed, of course, had only been the practicality of the isolationist position. Its emotional appeal remained largely intact, as it had in nations for whom isolationism had never been a realistic position. Isolationist rhetoric, therefore, continued to be used by some opponents of American postwar policies. In the debate over military aid to Europe, which began late in 1950, Joseph P. Kennedy, the isolationist former ambassador to Great Britain, spoke of "unwise commitments" in Berlin and Korea and scoffed at the idea that the United States had any interest in or responsibility for the defense of Western Europe. Herbert Hoover argued that the Americas were still "surrounded by a great moat," and referred once again to "the eternal malign forces of Europe" with which this country should have as little as possible to do. Senator Robert A. Taft of Ohio, a leading prewar isolationist, minimized the danger that this country faced from the Soviet Union in terms virtually identical to those in which he had discussed the threat emanating from Nazi Germany.

Although some observers promptly labeled this outburst "the new isolationism," it bore little practical relation to true isolationism. Hoover, in fact, strongly favored an American commitment to the defense of a "Western Hemisphere Gibraltar," the outlying bastions of which were the British Isles, Japan, Taiwan, the Philippines, and, possibly, Australia and New Zealand. Taft recognized that an effective international organization would give the best assurance of world peace and, therefore, of American peace, and stated flatly that "nobody is an isolationist today." The whole discussion centered largely on the extent of American military and economic aid to other nations, and not on the necessity for such assistance. It turned on the question of how the cooperation among allies of the United States might best be secured, not how American alliances could be terminated most rapidly.

For a brief period, even the traces of the isolationist strain in American foreign policy seemed to disappear. The United States embraced its world leadership role at a time when it was, by a considerable margin, the strongest power on earth. It thus could expect to control whatever alliances it entered and saw no necessary conflict between such alliances and the traditional insistence on unilateral action. The refusal of the Soviet Union to recognize a Pax Americana did not shatter that expectation, but initially strengthened the belief that America's security required cooperation with and commitments to like-minded nations. In the Cold War that resulted, the United States laid claim, without having to consult anyone, to the leadership of what it chose to define as the free world. That leadership produced the Marshall Plan, a massive program to rebuild war-devastated Western Europe, in 1948 and, in 1949, the North Atlantic Treaty Organization, a permanent formal, military alliance—its first in 171 years—with Canada and a group of ten Western European nations. It was manifested again the following year, when the United States was able to use the UN to muster an international force to serve under American command in Korea. A powerful United States controlling its allies fully met the test of unilateralism.