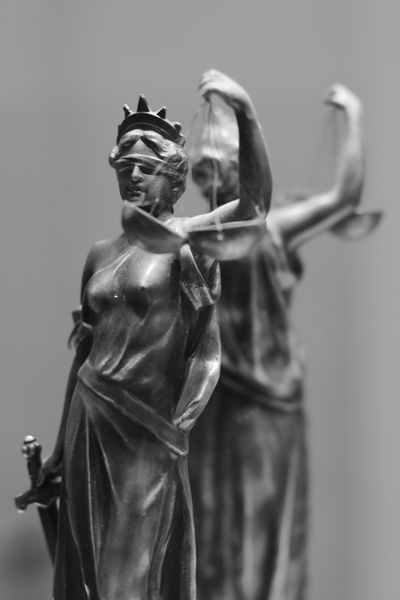 While the commander in chief role of the president has stirred little debate in those instances when the United States was attacked by another country, the president's authority to send forces into hostile situations abroad without a declaration of war or congressional authorization has generated much controversy. The tension reached a head during the latter years of the Vietnam War. Beginning in 1969, President Richard Nixon authorized secret bombing raids on neutral Cambodia without informing Congress. The following year he ordered U.S. forces on "search and destroy" missions in that country. In 1972 he directed the mining of North Vietnamese ports, which risked collisions with Russian and Chinese vessels, and one year later ordered the carpet-bombing of Hanoi. The president neither sought nor obtained explicit congressional approval for any of these policies, and he negotiated the 1973 Paris treaty ending the Vietnam War without congressional participation. Nixon defended his actions by arguing that the constitutional distinction between Congress's war power and the president's commander in chief role had become blurred.

For Congress, this was the last straw. The perception that presidents had assumed more authority to commit forces than the Constitution's framers had intended led Congress in 1973 to pass the War Powers Resolution (also known as the War Powers Act) over President Nixon's veto. The main purpose of the resolution was to assure that both the executive and legislative branches participate in decisions that might get the United States involved in war. Congress wanted to circumscribe the president's authority to use armed forces abroad without a declaration of war or other congressional authorization, yet provide enough flexibility to permit the president to respond to attack or other emergencies. Specifically, the War Powers Resolution requires the president to provide written notification to Congress of the introduction of U.S. armed forces into hostilities within forty-eight hours of such action. The president must explain the reasons forces were inserted in a hostile situation, the executive's authority for doing so, and the scope and duration of the military action. In addition, the president is required to terminate the use of military forces after sixty days unless Congress has declared war, extended the period by law, or cannot meet the sixty-day deadline as a result of an armed attack on the United States. The sixty days can be extended for thirty days by the president if the safety of armed forces would be jeopardized by immediate removal. The president is also required to remove forces at any time if Congress so demands by concurrent resolutions (known as a legislative veto). In essence, most members of Congress supported the notion that the president, as commander in chief, is empowered by the Constitution to lead U.S. forces once the decision to wage war is made or an attack on the United States has commenced. What Congress sought with the War Powers Resolution was participation in the decision to commit armed forces at the beginning of hostilities.

Predictably, Nixon and all subsequent presidents contended that the War Powers Resolution was unconstitutional. In virtually every commitment of U.S. troops since 1973, including the Iran hostage rescue attempt (1980), military exercises in Honduras (1983), the participation of U.S. marines in a multinational force in Lebanon (1982–1983), invasion of Grenada (1983), bombing of Libya (1986), invasion of Panama (1989), humanitarian mission to Somalia (1992–1994), and bombing of Kosovo (1999), members of Congress complained that the president had not fully complied with the War Powers Resolution.

Critics of the resolution argue that Congress has always held the power to forbid or terminate military action by statute or refusal of appropriations, and that without the clear will to act the resolution is ineffective. The sixty-day termination requirement is a major reason why presidents do not report force deployments to Congress, thereby undermining the objective of the resolution. The imposition of a deadline, some critics contend, would signal a divided country to the enemy, which might then seek to prolong the conflict to at least sixty days, thereby forcing the president to either seek a congressional declaration of war or withdraw U.S. forces. Alternatively, the resolution could be seen as a blank check to commit troops anywhere and for any purpose, subject only to the time limitations, thereby defeating the intended goal of restricting the president's warmaking ability. A more fundamental problem is defining presidential consultation of Congress. Does the War Powers Resolution require the president to seek congressional opinion prior to making a decision to commit armed forces, or simply to notify Congress after a decision to deploy troops has been made but before their actual introduction to the area of hostility? Such wide differences in interpretation of the War Powers Resolution would suggest a clear role for the judiciary.

Surprisingly, the courts have not ruled on the constitutionality of the War Powers Resolution. The first legal challenge to noncompliance with the resolution, Crockett v. Reagan (1982), was filed by eleven members of Congress who contended that President Ronald Reagan's decision to send military advisers to El Salvador must be reported to Congress. A district court ruled that Congress, not the court, must resolve the question of whether U.S. forces in El Salvador were involved in a hostile or potentially hostile situation. The Supreme Court declined consideration of a later appeal. In Lowry v. Reagan (1987), the courts refused to decide whether President Reagan had failed to comply with the War Powers Resolution when he dispatched naval forces to the Persian Gulf. A suit was brought by 110 members of Congress, arguing that sending forces close to the Iran-Iraq war zone required congressional approval. The district court held that it was a political dispute to be dismissed "as a prudential matter under the political question doctrine."

An important question in the post–Cold War world is whether the War Powers Resolution applies to U.S. participation in United Nations military actions. During the 1990s the United Nations sent multinational forces to trouble spots around the world, usually for peacekeeping and humanitarian purposes. However, after Iraq invaded Kuwait in August 1990, the United Nations contemplated and approved military force against Iraq. The United States took a leading role in this effort. Between August and December 1990, President George H. W. Bush deployed 350,000 troops to the Persian Gulf in response to Iraq's invasion of Kuwait. Although the president sent reports to Congress describing the buildup, he did not seek the legislative body's approval. Forty-five Democratic members of Congress sought a judicial order enjoining the president from offensive military operations in connection with Operation Desert Shield unless he consulted with and obtained an authorization from Congress. However, a federal district court denied the injunction, holding that the controversy was not ripe for judicial resolution because a majority of Congress had not sought relief and the executive branch had not shown sufficient commitment to a definitive course of action ( Dellums v. Bush, 1990). On the same day, another federal judge issued a decision in Ange v. Bush (1990), holding that the courts could not decide whether President Bush needed congressional permission to go to war because it was a political question.

Bush claimed that he did not need a congressional declaration of war to use military force against Iraq. However, to bolster political support for the commencement of hostilities with Iraq, and to obtain legislative legitimacy for the participation of U.S. troops in a multinational coalition, the president requested a congressional resolution supporting the implementation of the UN Security Council resolution authorizing member states to use "all necessary means" to restore peace to the region. The Senate (in a 52–47 vote) and House (302–131) passed the Authorization for Use of Military Force Against Iraq Resolution, stating that it was intended to constitute authorization within the meaning of the War Powers Resolution. Bush's action during the Gulf War was not unique. The deployment of U.S. troops to Somalia, the former Yugoslavia, and Haiti by Presidents Bush and William Jefferson Clinton did not fully comply with the War Powers Resolution either.

The main point here is that the courts have provided no guidance in how to interpret the War Powers Resolution, or in whether the resolution is constitutional at all. Only Immigration and Naturalization Service v. Chadha (1983), which ruled unconstitutional a one-house legislative veto, has implications for the legality of the concurrent resolutions section of the War Powers Resolution. This is because a concurrent resolution is adopted by both legislative chambers but is not presented to the president for signature or veto. The larger question of the appropriate amount of congressional participation in presidential decisions to commit U.S. troops abroad, a question that the War Powers Resolution tried to address, remained unanswered by the judiciary.