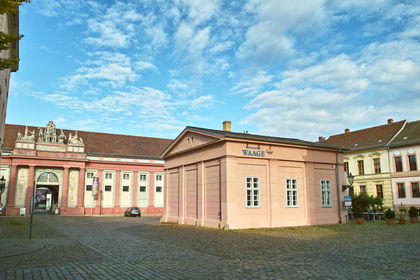 Photo by: B. W. Schneider

By the time of the American Revolution, a considerable body of customary law existed relative to the rights of neutrals, derived from European commercial treaties and the writings of jurists. Although the law was quite nebulous because it lacked uniformity in practice or means of enforcement, it nonetheless provided a basis for American policy.

A basic tenet of early American foreign policy was to remain free from European conflicts. Known as the Doctrine of the Two Spheres, the Massachusetts Bay Colony had indirectly asserted it in 1644. There were two aspects to this doctrine. One was that a European nation might restrict the trade of its colonials to the mother country although allowing trade between its metropolitan citizens and other metropolitan areas. The other was that wars in Europe between colonial powers would not extend to their colonials and, conversely, those conflicts between their colonies would not spread to Europe. The doctrine failed, for all practical purposes, under the pressures of colonial wars, but the Doctrine of the Two Spheres (the belief that the United States' destiny could be separate from Europe's) was advanced in the Continental Congress's debates over the question of independence. Clearly, this argument is evident in Thomas Paine's influential pamphlet Common Sense (1776) Americans saw themselves as victims of British mercantile policy. As long as the colonies were linked to the mother country, they would be drawn inevitably into Britain's wars, ones in which the colonies had no real interest. If they had been allowed to trade freely without restrictions, they would have flourished.

In June 1776 the Continental Congress appointed a committee to draft a declaration of independence and one to develop a plan of government, while also appointing a third committee, chaired by John Adams, to pen a model treaty for the conduct of foreign relations. The committee that worked on the model treaty studied the commercial treaties of Europe and drew from them the provisions on neutral rights that were most likely to be accepted by European nations in commercial relations with the United States.

The Model Treaty of 1776 represented a liberal interpretation of neutral rights. The list of contraband was restricted and short. The treaty called for free trade between countries at war and acceptance of the principle that free ships make free goods. The subsequent treaty of amity and commerce with France, a companion to the treaty of alliance of 1778, contained provisions that Americans had espoused in the model treaty. The United States then sought to make similar treaties with other European nations. When Catherine the Great of Russia issued a declaration of the rights of neutrals in 1780 and called for the formation of the Armed Neutrality to enforce those rights, Americans were optimistic. Although in principle Spain, Holland, and other neutral nations accepted the tenets of the declaration, Holland was the only other country with whom the United States signed a formal treaty during the Revolutionary War. Following the end of the war, the United States signed treaties of amity and commerce with Sweden in 1783, Prussia in 1785, and Morocco in 1787.

Although the United States signed commercial treaties with several nations following the Treaty of Paris (1783), it did not succeed in concluding similar treaties with Britain or Spain, two major maritime powers. Under the terms of the Treaty of Paris, Britain had recognized the independence of the United States, even though she treated the fledgling nation with disdain and did not even fully respect the commercial provisions of the treaty to which she had agreed. Although subjected at times to inconveniences, annoyances, and insults, American trade with Great Britain was nonetheless lucrative. No serious problems arose until the outbreak of war between Britain and France in 1793. The wars of the French Revolution and Napoleon would seriously threaten America's ability to remain neutral, although the United States sought measures to ensure against becoming involved militarily while at the same time promoting its commercial interests.

The American desire to remain free from European affairs and to stay neutral in European wars was associated with the goal of protecting American neutral rights. One of the reasons for the establishment of a stronger central government under the Constitution of 1787 was a desire to retaliate against British restrictions on American trade. This desire increased as Britain seized enemy goods on American ships and impressed sailors, alleged to be British citizens, serving on American merchant and naval vessels. Both practices violated the principle that free ships make free goods, that a nation's sovereignty applied also to its ships on the high seas. The official nationality of an impressed seaman was irrelevant. The fact that Congress would most likely retaliate against high-handed British measures in defense of national honor alarmed many who felt that the United States might be drawn into the war on the side of revolutionary France.

The American position during the French revolutionary wars was complicated by the fact that the United States had treaties of commerce and alliance with France dating back to 1778. In a technical sense, these treaties violated the Doctrine of the Two Spheres, as well as the principle of impartial treatment of a neutral toward a belligerent. However, the treaties had been consummated during the desperate days of the American Revolution, when doctrine was expendable if necessary to gain alliances that might help secure independence from Great Britain. Under the treaty of alliance, the United States guaranteed to France its territories in America, a provision that the French might invoke if their possessions were attacked. Under the treaty of commerce, the United States would allow French warships and privateers to enter American ports and sell their prizes, something denied to France's enemies. From the French perspective, this enabled them to outfit privateers in American ports. Concerned that the terms of the French alliance might drag the fledgling republic into the European conflagration, President George Washington, with the encouragement of his anti-French secretary of the treasury, Alexander Hamilton, sought to pursue a neutral course. This was much to the chagrin of the president's pro-French and anti-British secretary of state, Thomas Jefferson. On 22 April 1793 the president issued his Neutrality Proclamation. In doing so, Washington advised that the United States should "with sincerity and good faith adopt and pursue a conduct friendly and impartial toward the belligerent powers." Although the federal courts already had jurisdiction under an act of 24 September 1789 to deal with cases involving international law, Congress nonetheless passed the Neutrality Act of 5 June 1794, giving the courts additional authority.

A test of the terms of the Franco-American treaties came in 1793, when "Citizen" Edmond Genêt, minister to the United States of the French Girondin revolutionary government, arrived in the country in April and was warmly received by the American people. Genêt's activities, however, soon caused the Washington administration considerable consternation. The terms of the 1778 treaty with France, Genêt argued, allowed for the outfitting of French privateers in American ports in order to prey upon British merchant ships. Having arrived in the United States with little money, Genêt also had been instructed to prevail upon the Washington administration for repayment of the American revolutionary war debt owed to France. This money would be used in recruiting American sailors and in funding privateering operations against British shipping. Washington and Hamilton both opposed payment and viewed the outfitting of French privateers as a violation of American neutrality. Even Jefferson, while sympathetic to the French, believed that the United States had to prohibit them from using American ports for hostile purposes.

Ultimately, Genêt's activities convinced Washington to request his recall, and in February 1794 Genêt's successor, Joseph Fauchet, arrived in Philadelphia. A change in the French government that brought the Jacobins into power caused Genêt, who would probably have been executed upon his return to France, to request political asylum from Washington, who granted it. Washington's demand for Genêt's recall had prompted the French government to ask for the corresponding recall of the American minister to France, Gouverneur Morris, whose involvement in French politics had irritated the French revolutionary government. Washington had sent U.S. Supreme Court chief justice John Jay on a special mission to England, causing the French to fear an Anglo-American rapprochement in spite of the 1778 Franco-American treaty. In an attempt to allay French fears and suspicions, Washington appointed James Monroe of Virginia, a well-known pro-French Jeffersonian, to replace Morris as American minister to France.

In seeking to reduce tensions between the United States and Great Britain, Jay's mission to London secured a treaty of commerce and navigation. Jay's Treaty of 19 November 1794 was, in some ways, more remarkable for what it did not contain than what it included. For the first time, Great Britain had signed a commercial treaty, though limited in scope, with an independent United States. Most lacking in the treaty, however, was any reference to the British practice of impressing American seamen. On the principle that free ships make free goods, Jay conceded an important neutral point. When terms of the treaty leaked out, Americans, especially Jeffersonian Republicans, denounced it. To many, including the French, the treaty was viewed as a betrayal of the French alliance and a pro-British move by a Federalist administration. In response, the French renewed their seizure of American merchant vessels, intervened in American politics, and laid the groundwork for the reestablishment of a French empire in North America. Despite the treaty's limitations, and with mixed feelings, President Washington signed it. One of the indirect consequences of the treaty was a new settlement with Spain in the form of Pinckney's Treaty of October 1795. Fearing that Jay's Treaty foreshadowed an Anglo-American alliance that would threaten Spanish territories in North America, Spain acquiesced to most American demands. It agreed to a narrowed list of contraband, the right to trade with belligerents except under conditions of an effective blockade, and acceptance of the principle that free ships make free goods.

Jay's Treaty not only had a significant impact on American foreign relations; it was also important to American domestic politics. Reaction to the treaty contributed to the development of formal political parties in the United States: Republicans, who were basically pro-French, and Federalists, who were basically pro-British. When details of Jay's Treaty became known to the French, they were convinced that the Federalist administration was pro-British and was repudiating its obligations to its revolutionary war ally. On 2 July 1796 the French government announced that it would treat neutral powers the way the British treated them; namely, France would renew its seizure of American merchant vessels. When Republican James Monroe, who had replaced Gouverneur Morris as minister to France, suggested that Federalists like Washington and Adams would be thrown out of office in the election of 1796, the president recalled him. The Directory, the new French government, determined that it would not receive another American minister plenipotentiary until its grievances had been resolved.

Efforts to resolve the issues between the two countries produced the notorious XYZ Affair, in which French officials sought to bribe an American delegation for the mere privilege of meeting with them. In response to this perceived insult Congress, during the summer of 1798, declared all treaties with France abrogated. President John Adams, who had succeeded George Washington, was authorized to employ the navy to protect American merchant ships from French spoliation in the Atlantic Ocean. Additionally, American merchant vessels were authorized to arm themselves for defensive purposes and to seize French armed vessels if attacked. On 2 March 1799, Congress created the Department of the Navy.