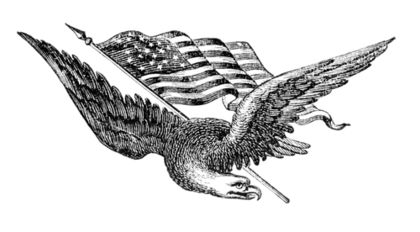 Measured in one way, the Open Door policy might be evaluated as a success. Considering what a weak hand the United States actually held in China between the 1890s and the 1930s, it arguably played the game well, constantly manipulating its rivals into paying at least lip service to American policy and helping to prevent an all-out scramble for China. Even if Americans failed to achieve the market of which they dreamed, 1 or 2 percent of U.S. exports still represented an enormous amount of trade. Measured against the aspirations of its most ardent supporters, however, the Open Door policy rates as a failure. While American businessmen and social reformers elaborated a vision of China as a protégé nation offering boundless opportunity for profit and good deeds, the reality was something else entirely. From the very moment when the Open Door was conceived and identified as a distinctive American policy, powerful forces went to work against it: the treaty port colonialism of the European powers, the rise of a robust Japan eager for control of the mainland, and mounting resistance within China itself.

If these forces destroyed American policy in China, they hardly demolished the idea of the Open Door. On the contrary, the architects of the Open Door policy, whatever their achievements—or lack thereof—in China, helped to establish an attitude toward the non-Western world that would persist powerfully in the Cold War era and beyond. The problem that confronted John Hay in 1899 had called for a decision of epoch-making importance. By what means would the nation extend its reach overseas? The emerging industrial economy seemed to demand bold steps to acquire new markets abroad, but ideological and political traditions made Americans, outside of a brief fascination with territorial acquisition at the time of the Spanish-American War, averse to formal colonialism. The principal contribution of Hay, Rockhill, Knox, Straight, Reinsch, Hughes, and the other guardians of the door was to resolve the dilemma through a formula that enabled the United States to pursue an aggressively expansionist economic policy, while avoiding the taint of political domination and the burdens of territorial administration. It was a clever solution that, whatever its immediate failures in China, established the pattern for many decades of American foreign policy.

William Appleman Williams and his followers recognized the pattern and elaborated an "open door interpretation" of U.S. foreign policy that remains strongly influential more than forty years after Williams published the foundational text The Tragedy of American Diplomacy. In the writings of these scholars, the open door metaphor not only survived its eclipse in the 1930s Far East, it emerged as one of the most enduring interpretive concepts in the study of U.S. foreign relations. The interpretation remains powerful mainly because it provides a persuasive answer to one of the questions at the heart of the study of American foreign relations: How is it that the United States could be the world's most vociferous opponent of colonialism yet also a remarkably interventionist nation that would, in the second half of the twentieth century, control one of the largest empires, albeit of a new and different sort, that the world had ever known? Williams, Walter LaFeber, Thomas McCormick, and others suggest that the promotion of free trade enabled American capitalists to have it both ways. Under the banner of high-minded principles that supposedly enhanced the interests of all nations, they could justify all sorts of political, economic, and military action to prop up a system that in practice enabled the United States to reap more than its proportionate share of the profits.

The open door interpretation remains influential for two additional reasons. First, it provides a neat, totalizing explanation for more than a century of American history stretching back into the period of continental expansion. For advocates of the open door interpretation, the quest for over-seas economic opportunity was simply an extension of the westward push that extended the U.S. market to the Pacific Ocean. With the closure of the frontier in the 1890s, the interpretation suggests, U.S. businesses turned their attention to overseas markets and justified the expansion of American influence through the same ideology of open markets and individual opportunity that had prevailed at home. Constant penetration of new markets was, in this view, essential to the health of an American capitalist system that depended on an ever-expanding economy to preserve social harmony in a nation characterized by vast inequities of wealth. According to the open door interpretation, American expansion in the 1890s, Wilson's appeals for an open global economy, and American determination to prevent the Sovietization of Eastern Europe in the late 1940s all stemmed from the same impulse to find and preserve markets for American industry and preserve domestic tranquility.

Second, the open door interpretation remains influential because it helps explain one of the most salient characteristics of twentieth-century international affairs, the tense relationship between the United States and much of the nonindustrial world. Americans, Williams and other argue, have persistently viewed their liberal principles as conducive to the development of the Third World. In practice, however, free trade has tended to concentrate wealth in industrial nations and to deprive poor countries on the periphery of control over their own economic circumstances. Increasingly, Third World peoples found themselves locked into subordinate roles as suppliers of raw materials and consumers of good manufactured elsewhere. "To many through the world," wrote Williams, "the Open Door Policy appeared to confront them with a door closed to their own progress." When nations attempted to break out of this unfavorable relationship and claim control over their own economies, the open door interpretation suggests, they confronted counterrevolutionary U.S. intervention aimed at restoring them to the integrated international economy dominated by Washington. During the Cold War, the pattern repeated itself in Iran, Guatemala, Cuba, Vietnam, Chile, Nicaragua, and many other places where the United States resisted the emergence of nationalist or leftist governments that threatened American economic privileges. The open door interpretation offers a power explanation for the trail of repression and blood left by American activity across the Third World.