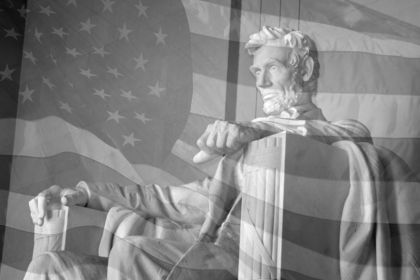 For the first several months of the war, the American Federation of Labor—like most of the American public—remained adamantly opposed to U.S. intervention in the conflict. But in 1916, Gompers began to actively support the Wilson administration's preparedness campaigns. Gompers, like Wilson, was alarmed by Germany's use of submarine warfare and believed the United States might need to enter the war to stop German aggression. Equally significant, Gompers had watched with fascination the evolving wartime partnership between British labor and the government during the early months of the war. He anticipated that by supporting Wilson's preparedness policies he might gain a voice for the AFL in executive branch defense councils comparable to that which British labor had won for itself. Gompers's reasoning proved correct: in 1917 he was appointed to the Council of National Defense, an organization created to prepare the country for possible involvement in the war. Gompers subsequently formed a labor subcommittee within the council that brought together representatives from business, labor, and the government to study questions of industrial coordination and to draw up guidelines on wages, hours, and mediation in war-related industries.

When a U.S. declaration of war against Germany seemed likely in March 1917, Gompers called a special labor assembly of the leaders of the AFL's constituent unions and secured its support for an AFL pledge to support any future U.S. war effort. The assembly was widely criticized by local AFL activists, socialists, and some members of the syndicalist Industrial Workers of the World, who charged that the labor assembly was not democratically constituted. They demanded that the AFL have a referendum vote of its entire membership to determine if workers actually favored a U.S. declaration of war against Germany. But Gompers ignored such militant proposals and instead used the AFL's patriotic pledge of support for the government as a bargaining chip to gain more representation for AFL leaders within emerging wartime agencies and councils created to mobilize the country for war. He anticipated that the defense agencies, far from being temporary, would lay the basis for a new bureaucratic order in Washington after the war in which the AFL would play a prominent role.

Gompers also sought to use his new leverage within the Wilson adminstration to expand the AFL's diplomatic influence. He obtained AFL representation on the Root Commission, a council of emissaries whose purpose was to travel to Russia to encourage it to stay in the war. He also secured the Wilson administration's support for two AFL labor commissions to go to Europe to win support among discontented European labor movements for Wilsonian war aims and to thwart European trade union efforts to plan an interbelligerent labor conference designed to negotiate an early end to the war. The AFL labor missions, as Elizabeth McKillen has shown, were greeted with hostility by European labor leaders who complained that its members behaved "as if their mission was to convince the misguided foreigners how wrong it is to differ with Americans." Labor and socialist leaders, moreover, continued to promote an interbelligerent labor conference despite the AFL's opposition. Although their plans would ultimately be stymied by their own governments, the issue provoked a profound split between the AFL and European labor movements.

That chasm widened during the Paris Peace Conference. Both European labor groups and the AFL at first supported a plan for an international labor congress to be held at the same time and place as the conference. But when France's premier, Georges Clemenceau, refused to allow labor leaders from the defeated countries on French soil, European labor leaders changed the location of their meeting to Bern, Switzerland. Gompers and other AFL leaders boycotted the Bern meeting and instead traveled to Paris to be in close contact with the leaders of the Paris Peace Conference. In return for his loyalty, Wilson appointed Gompers to head the International Labor Legislation Commission, which in turn created the International Labor Organization, a labor adjunct to the League of Nations. The organization clearly bore the imprint of Gompers's corporatist thinking about labor's role in international affairs. Far from being purely an organization of trade union representatives, the International Labor Organization was designed to consist of national delegations comprised of representatives from business, labor, and government. The organization was empowered to create international labor legislation governing such issues as hours, working conditions, and the protection of women and child workers, which individual states could either accept or reject.

Not surprisingly, the Bern labor conference reacted with hostility to the creation of the International Labor Organization and drafted their own international labor charter. However, in an ironic twist of fate, European labor activists became dominant in the International Labor Organization after the U.S. Senate rejected the Treaty of Versailles, thereby preventing U.S. membership in the League of Nations or its adjuncts. Meanwhile, the AFL distanced itself from the newly reconstituted International Federation of Trade Unions, which committed itself to international collective labor action after the war. The AFL also bitterly opposed the activities of the Red International of Trade Unions, created by Russian communists and their allies to promote world revolution. By the early 1920s, Gompers's vision of the AFL as a partner with business and government in promoting U.S. foreign policy had thus produced a seemingly irreconcilable split between American and European labor.

The AFL's diplomatic programs also spurred profound divisions within the ranks of labor at home. The greatest opposition to the AFL's postwar international agenda came not from the Socialist Party or the Industrial Workers of the World, both of which had been greatly weakened by wartime persecution and were ridden with factionalism at war's end, but from militant AFL-affiliated city labor councils and local unions with strong ties to immigrant communities. Leading the rebellion was the Irish immigrant John Fitzpatrick, president of the powerful Chicago Federation of Labor (CFL) and the Labor Bureau of the American Commission on Irish Independence. Following in the tradition of Terence Powderly of the Knights of Labor, Fitzpatrick drew on the intellectual heritages of both the American labor movement and Irish nationalist movement in trying to understand the global condition of workers. In contrast to Gompers, Fitzpatrick bitterly opposed all forms of imperialism, arguing that imperial control by industrially developed countries of underdeveloped hinterlands buoyed the power of the capitalist class at the expense of workers. Fitzpatrick and his colleagues also believed that war was the inevitable by-product of the capitalist quest for markets and natural resources. They energetically opposed U.S. intervention in World War I until 1917, when the AFL's declaration of labor loyalty made continued agitation strategically unwise. The CFL, however, remained critical of the AFL's wartime partnership with the Wilson administration, believing it hindered labor's advancement both at home and abroad, and launched the Farmer-Labor Party movement following the armistice.

Although an electoral failure, the Farmer-Labor movement, as McKillen has shown, served as a haven for AFL dissidents from city labor councils and trade union locals across the country that opposed Gompers's and Wilson's international programs. Along with the powerful Chicago Federation of Labor, particularly important in shaping the movement were the Seattle Central Labor Council, New York Labor Union, delegates from locals of the United Mine Workers and the railway brotherhoods, and representatives from a host of small-town labor councils that had created local labor parties in the aftermath of war. In contrast to Gompers and the AFL executive council, party advocates bitterly attacked the Versailles peace treaty, arguing that its terms were dictated by the leading imperialist powers on behalf of international capital. Labor Party leaders opposed the League of Nations on the grounds that it would "not be satisfied with a league of imperialist governments dominated by an international league of money bosses to cement an international control of industry by a small group of men who manipulate the bulk of the world's wealth." Rather than seeking token representation for labor in the league-sponsored International Labor Organization, Labor Party advocates sought representation for workers in international tribunals "in proportion to their numbers in the armies, navies, and workshops of the world." Representatives from the Farmer-Labor Party also expressed sympathy with the Irish, Mexican, and Russian revolutions and promoted an anti-imperialist agenda for the United States in Latin America and Asia.

Since many of the activists within the Farmer-Labor Party also belonged to immigrant nationalist groups, their ideas received wide circulation and swelled the tide of opposition to the peace treaty and to the Wilson administration. That Gompers viewed such a rebellion within the ranks as a threat to his efforts to promote both a corporatist international role for labor and a Wilsonian blueprint for a new world order was evidenced by the energy he devoted to suppressing the movement. Yet it was not Gompers who succeeded in destroying the movement but communist activists within the Chicago Federation of Labor such as William Z. Foster, who outmaneuvered Fitzpatrick and won control of the executive council of the Farmer-Labor Party. Subsequently, Fitzpatrick and most other local AFL activists disavowed the party and officially renewed their commitment to the AFL's supposedly nonpartisan politics. With the Farmer-Labor Party died a unique vision of U.S. labor's international role that emphasized the responsibility of U.S. workers—as heirs to traditions of American labor republicanism and a diverse array of immigrant labor ideologies—to lead in the battle against international capitalism and international organizations that reified imperial forms of control by industrial-creditor nations over their less economically developed counterparts.