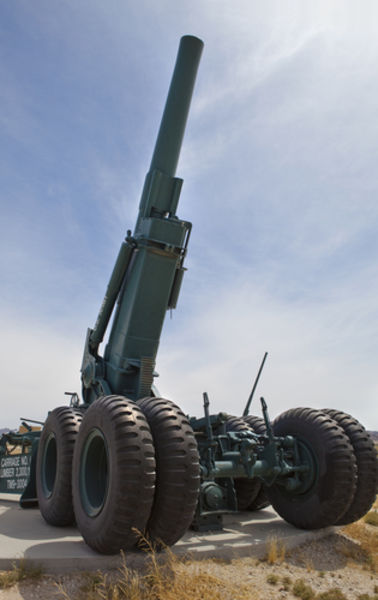 By the late 1980s, as Mikhail Gorbachev allowed anticommunist revolutions to sweep through Moscow's satellites, President Bush called for a Europe "whole and free." Soon he began to speak more broadly of a growing "zone of the democratic peace," tacitly accepting the academic thesis that democracies did not fight wars against one another. According to this view, the roots of which can be traced back at least as far as Immanuel Kant in the late eighteenth century, democracies (or "republics" as he called them), shared certain characteristics that precluded conflict among them. His claims were expanded by several American political scientists, including, most prominently, Michael Doyle and Bruce Russett. They and others advanced several arguments to account for the "democratic peace." Some emphasized that because of the internal structures of democratic states, leaders could not mobilize their publics to support any wars except those against authoritarian and totalitarian regimes. Others stressed the norms of peaceful resolution of conflicts within democracies because of the habit of compromise and the rule of law. Still others argued that the transparency of democratic institutions and the easy flow of information between democracies made violence extremely unlikely. Another group of scholars was impressed by the shared social purposes of democratic states and an underlying identity of interests that sharply limited the rise of disputes worthy of war.

Indeed, virtually every president since Woodrow Wilson accepted the basic tenets of this "liberal" argument about how democracies behave. He believed that militarized, autocratic regimes had caused World War I and that American security depended on the successful transition of these states to democracy. Franklin Roosevelt and Harry Truman shared similar sentiments about the origins of World War II and the requirements of U.S. security in the postwar world. In the 1980s, the Reagan Doctrine, which reserved to the United States the right to assist groups attempting to overthrow Marxist dictatorships, sprang from the same set of assumptions. All of these presidents were convinced, as the political scientist G. John Ikenberry put it, that democracies were "more capable of developing peaceful, continuous, rule-based, institutionalized relations among each other than [was] possible with or between non-democracies."

Nevertheless, a lively scholarly debate arose after the Cold War about the merits of these arguments and assumptions. Christopher Layne examined four instances when democracies nearly went to war against one another and found that conflict was averted not because of shared values but because of national self-interest. Further, he argued that the War of 1812 and the American Civil War should be seen as wars between democratic states. David Spiro claimed that because the chance that any given pair of states will be at war at any given time was low, and because before 1945 few democracies existed, the absence of conflict between them might be the result of random chance. He also complained that proponents of the democratic peace thesis often failed to offer clear definitions of "democracy." Finally, Henry Farber and Joanne Gowa concluded that only after 1945 were democracies significantly less likely to be involved with disputes with one another, and that was because most democracies were aligned against the Soviet threat. With the ending of the Cold War, the chief impediment to intrademocratic conflict had been removed.

These counterclaims notwithstanding, democracy promotion represented a fundamental theme in post–Cold War American foreign policy and was closely tied to the preservation of U.S. hegemony and the fostering of globalization. In its efforts to create a successor to the strategy of containment and to rally domestic support for the Gulf War, the George H. W. Bush administration offered a "new world order," which, among other things, included the notion that the United States should help to widen the "zone of the democratic peace." Although Bush quickly dropped this phrase from his public rhetoric in the face of heavy media criticism and the need to focus on domestic issues in advance of the 1992 presidential campaign, the administration, nevertheless, acted to promote democracy in Eastern Europe, Russia, Latin America, and Africa through a variety of diplomatic and economic initiatives. Bush officials could not help but be impressed by the democratization process then occurring in many parts of the world.

The Clinton administration, also groping for a post-containment strategy and similarly taken by the sweep of democratization, soon unveiled "engagement and enlargement" as its lodestar. In a September 1993 speech tellingly entitled "From Containment to Enlargement," Anthony Lake, Clinton's first special assistant for national security affairs, attempted to explain this strategy. After noting that its geography and history had continually tempted the United States to be wary of foreign entanglements, Lake argued that the Clinton administration intended "to engage actively in the world in order to increase our prosperity, update our security arrangements, and promote democracy abroad." Beyond engagement, then, lay enlargement, and Lake identified four components of such a strategy. First, the United States would "strengthen the community of major market democracies … which constitutes the core from which enlargement is proceeding." Second, the Clinton administration would "help foster and consolidate new democracies and market economies, where possible, especially in states of special significance and opportunity." Third, America "must counter the aggression—and support the liberalization—of states hostile to democracy and markets." And fourth, "we need to pursue our humanitarian agenda not only by providing aid, but also by working to help democracies and market economies take root in regions of greatest humanitarian concern." At the same time, Lake hedged "engagement" with several caveats. He warned that the tide of democratic advance could slow and even reverse; he stressed that this strategy had to be tempered by pragmatism, for other national interests would doubtless require the United States to befriend and defend nondemocratic states for mutually beneficial reasons; and he noted that this strategy must view democracy broadly and not insist that all adhere rigidly to the American example.

In the short term, this strategy was seemingly discredited by the bloody battle in Mogadishu, Somalia, the following month as well as the embarrassment suffered when a U.S. ship carrying training personnel to Haiti was turned back by a protesting mob in Port-au-Prince. Furthermore, opinion polls repeatedly indicated that only one in five Americans thought it important to promote democracy abroad. Nevertheless, to a remarkable degree, Lake's speech anticipated much of the Clinton administration's democratization efforts, which, in turn, adhered closely to those of the first Bush presidency.

Both gave primacy to Eastern Europe and Latin America—those regions that were already the most democratized—to initiate a policy of "democratic differentiation" in order to urge further movement toward democracy and open markets. A variety of carrots and sticks were employed to nudge these nations along. In the case of Haiti, the Clinton administration threatened force to reinstall the democratically elected president, but this action was taken more for domestic political reasons than from any confidence that genuine democracy would take root in that troubled country.

Initially, Clinton tried to link the continuance of most-favored-nation trading status to improvements in China's human rights record, but by 1994 he was forced to abandon that approach in light of Beijing's intransigence. Indeed, neither administration wanted to allow democracy promotion to undermine the opening of markets throughout Asia. And in the Middle East the need for energy security and fears about Iraq and Iran dissuaded both George H. W. Bush and Bill Clinton from evincing any interest in democratization. Post–Cold War American foreign policy was frequently frustrated in its attempts to foster democracy in Russia because of a combination of rampant corruption, the physical decline of Boris Yeltsin, and Moscow's resentment of NATO enlargement. Yeltsin's replacement by the enigmatic former KGB agent Vladimir Putin triggered a debate in Washington about his devotion to democracy. By the time of George W. Bush's election in 2000, more Americans viewed Russia with hostility than at any time since the mid-1980s.

But in Africa, where there was palpable evidence of a democratization trend, American actions appeared inconsistent. On the one hand, economic assistance programs were restructured to reward those governments undertaking democratic reforms, and every embassy in Africa was ordered to formulate a strategy for democracy promotion. Yet when the dictatorship of Mobutu Sese Seko in the Congo collapsed in 1997, the United States encouraged Uganda and Rwanda to offer armed support to Laurent Kabila's efforts to seize power. Kabila's democratic credentials were questionable at best, yet the Clinton administration chose him over Etienne Tshisekedi, the popular prime minister who possessed the clearest claim on democratic legitimacy. Washington's decision to endorse the strongman approach proved disastrous, as Kabila proceeded to wreck what was left of this long-suffering nation before being assassinated in a palace coup in 2001. Critics charged that despite official rhetoric about the importance of bringing democracy to Africa, the United States continued to patronize African nations and to tacitly believe that they remained unprepared for democratic governance.

On balance, however, post–Cold War American foreign policy generally promoted democracy where economic and security interests and discernible democratization trends existed. In those regions where U.S. interests required working with authoritarian regimes and where prospects for democratization were bleak, no effort was made to promote democracy. Indeed, a rough consensus emerged among American political elites in support of this pragmatic approach to democracy promotion.