Propaganda - Revolution, war, and propaganda to 1917 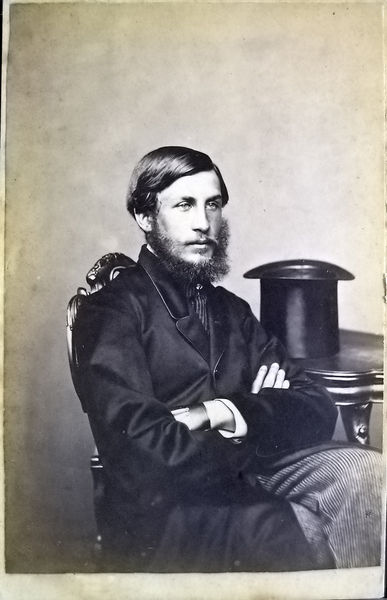 By whatever name we call it, propaganda has a long history. War propaganda is as ancient as war itself. Anthropologists have unearthed evidence that primitive peoples used pictures and symbols to impress others with their hunting and fighting capabilities. The Assyrian, Greek, and Roman empires employed storytelling, poems, religious symbols, monuments, speeches, documents, and other means of communication to mobilize their armed forces or demoralize those of their enemies. As early as the fifth century B.C. , the Chinese military philosopher Sun Tzu advocated various techniques to maintain fighting morale and to destroy the enemy's will to fight. The nineteenth-century German military strategist Carl von Clausewitz identified psychological forces as decisive elements of modern war.

Thus, propaganda is not, as it is sometimes believed, a twentieth-century phenomenon born of the electronic communications revolution. Throughout history the governors have attempted to influence the ways the governed see the world, just as critics and revolutionaries have aspired to change that view. The word itself originated during the Reformation, when the Roman Catholic Church created a commission of cardinals to "propagate" the faith in non-Catholic lands. The principle differences between modern and ancient propaganda are the use of new techniques and technologies, greater awareness of the utility of propaganda, and perhaps also the sheer pervasiveness and volume of modern propaganda.

Although the concept is often associated with dictatorship, propaganda has figured prominently in American life and history. Political propaganda has been an essential ingredient of the democratic process, as politicians and political parties have employed a range of communication techniques to win public support for their ideas and policies. Similarly, countless private groups—from early antislavery societies to modern political action committees—have turned to propaganda techniques to push their agendas. Advertising and public relations, fields that came into fruition during the early twentieth century, have made commercial propaganda a permanent feature of the cultural landscape. War propaganda has been utilized by both government agencies and private groups to win the support of neutrals, demoralize enemies, and energize domestic populations. The pluralistic nature of American life and the existence of a free press has prevented the emergence of a monolithic propaganda apparatus, but it could be argued that these factors have in fact made American democracy better equipped than totalitarian societies for effective propaganda, if only because the free marketplace of ideas has required would-be propagandists to develop ever more sophisticated means of persuasion.

As far back as the colonial period, influential Americans exhibited a remarkable grasp of propaganda techniques. Propaganda and agitation were essential components of the American Revolution. Prior to the outbreak of hostilities, propaganda played a pivotal role in creating the intellectual and psychological climate of the Revolution itself.

Philip Davidson, in his history of the propaganda of the American Revolution, documented a remarkably sophisticated grasp of propaganda techniques among the leading organizers of the Revolution. Although the Founders are rarely recognized as propagandists—probably because of propaganda's pejorative associations—the evidence of a conscious, systematic effort by colonial leaders to gain public support for their ideas is unmistakable. Benjamin Franklin admitted to exposing "in as striking a light as I could, to the nation, the absurdity of the [British] measures towards America"; Thomas Jefferson spoke of "arousing our people from…lethargy"; and George Washington advocated the release of information "in a manner calculated to attract the attention and impress the minds of the people." Thomas Paine was the Revolution's most famous (and radical) propagandist. He wrote numerous pamphlets articulating with rhetorical flourish the ideological justification for the Revolution, including the influential Common Sense and the poetic Crisis, which began with the memorable words, "These are the times that try men's souls."

These men were keenly sensitive to the importance of public opinion, and they employed a wide variety of techniques to arouse public sentiment against the British. Through town meetings, assemblies, churches, legal documents, resolutions, demonstrations, songs, plays, oratory, pamphlets, newspaper articles, and letters they agitated relentlessly against the policies of the British government. Newspapers such as the Providence Gazette and the Boston Gazette were crucial in organizing opposition to the Stamp Act and in exploiting such incidents as the Boston Massacre. Powerful slogans such as "No Taxation Without Representation" and "Liberty or Death" were utilized to mobilize colonists for revolution, as were such rituals as effigy burning and the planting of "liberty trees."

Several revolutionaries employed the tactics that would later be known as gray propaganda. They wrote articles, letters, and pamphlets under pseudonyms to disguise their identities and to create the impression that opposition to British policies was much greater than it was. Samuel Adams, for example, wrote under twenty-five different pseudonyms in numerous publications. Benjamin Franklin articulated a shrewd understanding of the techniques of propaganda, including the use of gray and black materials. He remarked: "The facility with which the same truths may be repeatedly enforced by placing them daily in different lights in newspapers…gives a great chance of establishing them. And we now find that it is not only right to strike while the iron is hot but that it may be very practicable to heat it by continually striking." The tactics Franklin was referring to—incessant repetition of propaganda themes and the transmitting of ideas through local media outlets in the form of news—described core techniques of modern propaganda and are an indication of the sophistication of revolutionary war propaganda.

The Revolution also saw the utilization of these and other propaganda techniques as instruments of diplomacy. Franklin worked assiduously to mold European views of the conflict and he especially cultivated French opinion to secure France's assistance in the war. To isolate the British diplomatically and to encourage domestic opposition to the war in Britain, Franklin widely publicized British war atrocities, even resorting to black propaganda to exaggerate and fabricate crimes. In 1777 he distributed a phony letter, purportedly written by a German commander of Hessian mercenaries, indicating that the British government advised him to let wounded soldiers die. The letter caused a sensation in France and also induced numerous desertions by the Hessian mercenaries. Franklin also forged an entire issue of the Boston Independent, which contained a fabricated account of British scalp hunting. The story touched off a public uproar in Britain and was used by opposition politicians to attack the conduct of the war. The historian Oliver Thomson described these efforts as "one of the most thorough campaigns of diplomatic isolation by propaganda ever mounted."

The revolutionary war itself promoted themes common to most war propaganda: the righteousness of the cause, the savageness of the enemy, and the necessity and certainty of victory. Although no theme received greater treatment than the depravity of the enemy, it was the Revolution's appeal to high moral purpose that had the most lasting impact on American life. The Declaration of Independence was a brilliant document on the rights of man, but, at the same time, it was a brilliant document that employed emotive rhetoric to justify the Revolution and to rally public opinion to the cause. The war itself was portrayed as a struggle for liberty against tyranny, freedom against slavery. In this, the Revolution provided the model for the themes and ideas that would animate many subsequent propaganda campaigns (and much of the political rhetoric) of the United States. From the planting of liberty trees during the Revolution, to the cultivation of liberty gardens during World War II, symbolic appeals to freedom and liberty were staples of wartime mobilization efforts.

During the American Civil War both the Union and Confederate governments utilized propaganda abroad to influence foreign sentiment. The Union sent propaganda commissions to Europe to influence the governments and people of England and France. President Abraham Lincoln personally appealed to British opinion by writing directly to labor unions and textile industrialists to press the Union case. Lincoln, who had a strong appreciation of public relations techniques, was perhaps the Union's best propagandist. His "house divided" metaphor was one of the most powerful images of the 1860s, and his public addresses—most notably the Gettysburg Address—were calculated to unite Northerners behind the cause. The Emancipation Proclamation was deliberately timed to encourage defections from the Confederacy by border states and was skillfully exploited by Union representatives abroad to win European sentiment.

The Confederate government sponsored a meagerly funded, but relatively sophisticated, propaganda operation in Britain under the direction of Henry Hotze. Hotze successfully placed numerous articles in British newspapers by giving them gratis to journalists, who in turn sold them to newspapers in their own names for personal profit. In this manner he both courted the goodwill of a select company of journalists and concealed his own sponsorship of the articles—a classic tactic of gray propaganda. He also developed a scheme whereby he paid several journalists to work for a weekly paper he produced, The Index. While earning their salaries as Hotze's editors, they also continued writing for influential London dailies. The Index thus provided Hotze with a mechanism for articulating pro-Confederate viewpoints and for subtle bribery of the press.

The Confederacy also sent a representative to France, Edwin De Leon, who openly bribed French newspapers to print favorable editorials on the Confederate cause. De Leon also penned a fervid defense of slavery that probably did more harm than good; few hated the "peculiar institution" as much as the French, and his arguments merely reinforced French hostility to Southern slavery. Despite some successful operations, Confederate propagandists in Europe failed in their ultimate objective of securing recognition by foreign governments. Above all else, this was due to the existence of slavery in the South, which isolated the Confederacy from British and French public opinion.

Propaganda accompanied other pre–twentieth century conflicts in which the United States participated, but it was conducted primarily by private groups and news organizations. Propaganda during the War of 1812 reiterated many of the themes of the revolutionary period by portraying the British as tyrannical opponents of American liberty. American westward expansion in the nineteenth century was justified by appealing to the "manifest destiny" of the United States to colonize North America, while the Indian wars and the Mexican-American War were bolstered by racist and bigoted portrayals of Native Americans and Mexicans. At the end of the nineteenth century, the infamous "yellow press" incited U.S. participation in the Spanish-American War by portraying the Spaniards as monsters, by sensationally reporting and fabricating Spanish atrocities, and by emphasizing the noble and enlightened intentions of the United States. Similarly, during the American-Filipino Wars, U.S. advocates of imperialism portrayed the Filipinos as uncivilized monkeys and as children in need of American tutelage. Much of this propaganda was private, but it reflected popular sentiment and official attitudes, if not direct policy.