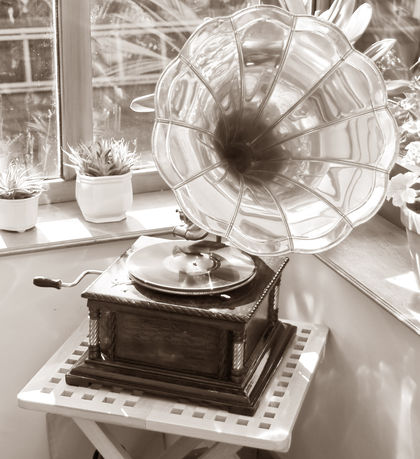 Notwithstanding this early experience with propaganda, it was primarily the age of total war that inducted the U.S. government into the business of propaganda. During World War I, national governments employed propaganda on an unprecedented scale. The arrival of the modern mass media together with the requirements of total war made propaganda an indispensable element of wartime mobilization. All of the major belligerents turned to propaganda to woo neutrals, demoralize enemies, boost the morale of their troops, and mobilize the support of civilians.

One of the most vital of all World War I propaganda battles was the struggle between Germany and Britain for the sympathy of the American people. The German government organized a program of propaganda in the United States that was so heavy-handed it did more to alienate American public opinion than to win it. The British government, on the other hand, conducted most of its propaganda in the United States covertly, through a secret propaganda bureau directed by the Foreign Office. The British adopted a low-key approach that selectively released news and information to win American sympathies. The publication of the Zimmerman telegram in 1917 (in which Germany sought to enlist Mexico in a war with the United States) was undoubtedly the most important propaganda achievement of the British, and it helped to bring the Americans into the war on the Allied side.

A week after declaring war, President Woodrow Wilson established the first official propaganda agency of the U.S. government to manage public opinion at home and abroad—the Committee on Public Information. Headed by the muckraking journalist George Creel, the committee was responsible for censorship, propaganda, and general information about the war effort. The Creel committee focused on mobilizing support on the home front, but it also conducted an extensive campaign of propaganda abroad, overseeing operations in more than thirty overseas countries.

The committee bombarded foreign media outlets with news, official statements, and features on the war effort and on American life, using leaflets, motion pictures, photographs, cartoons, posters, and signboards to promote its messages. The committee established reading rooms abroad, brought foreign journalists to the United States, crafted special appeals for teachers and labor groups, and sponsored lectures and seminars. In its international propaganda, the committee advertised American strength and commitment to victory in order to curb defeatism among Allied troops and to demoralize enemy soldiers. Stressing the unselfish, anti-imperialistic war aims of the United States, it put forth an idealistic message that reflected the idealism of the Progressive Era, the tone of the Wilson presidency, and long-standing traditions in American ideology. Creel himself spoke excitedly about using the committee to spread the "gospel of democracy" around the world, and staff members pursued that objective with religious fervor. Taking its cue from the president (and British propaganda), the Creel committee stressed that the war was fought for freedom, self-determination, and democracy.

Despite the many successes Creel attributed to the Committee on Public Information, Congress swiftly abolished it in June 1919—a decision that reflected both the natural American distrust of propaganda and Congress's fear that the president would utilize the committee for domestic political purposes. The Creel committee had a short life but a lasting impact. It established the principle that government-sponsored propaganda was a necessity in times of war or national emergency. It also demonstrated the utility of propaganda as a tool of national policy and became the basic model for subsequent U.S. propaganda agencies.

The years that followed nurtured a popular fascination with, and revulsion toward, the practice of propaganda. A series of investigations in the 1920s exposed the nature and scope of Britain's propaganda campaign in the United States, including revelations that the British had fabricated numerous stories about German atrocities. Many Americans came to blame British propaganda for bringing the United States into a wasteful and ruinous war, and the practice of propaganda became associated with deceit and trickery. It was thus in the aftermath of World War I that propaganda acquired its negative connotations—a development that stemmed from the employment of propaganda by a democracy, not, as is generally supposed, from that of a dictatorship. Although British propaganda was probably more effective than Germany's because of military and political blunders by the Germans—such as unrestricted submarine warfare—many observers took from the war a legendary belief in the power of propaganda.

These propaganda campaigns affected the United States in other ways as well. The belief that Americans had been tricked into participating in the first world war delayed U.S. intervention in the second. Moreover, news of Nazi atrocities connected to the Holocaust were greeted incredulously by the American public in part because of the exaggerated and fabricated atrocity propaganda released by the British two decades earlier.

At the same time, the social science revolution and Freudian psychology brought about a public fascination with ideas about subconscious psychological manipulation and mind control. The science of persuasion, in the form of advertising and public relations, came into vogue in the 1920s, and advertising became a large-scale national industry. These developments created a skilled group of professionals with expertise in the employment of symbols, images, and techniques to interpret and to manipulate perceptions.

The development of radio revolutionized the practice of propaganda by making it possible to reach audiences of unprecedented size instantaneously. A short-wave propaganda battle began in the mid-1920s as the Soviet Union, Germany, Japan, and Britain developed international broadcasting capabilities. American suspicion of foreign propaganda was sufficiently aroused that in 1938 Congress passed the Foreign Agents Registration Act, which required foreign propagandists to register with the U.S. government. The same year, Nazi propaganda in Central and South America led the Roosevelt administration to create the first peacetime propaganda agency of the U.S. government, the Office of the Coordinator of Inter-American Affairs (CIAA), headed by Nelson Rockefeller.

Initially, the CIAA focused on cultural and educational activities designed to improve relations between the United States and Latin America. The CIAA inaugurated a new tradition in U.S. foreign policy: government sponsorship of educational and cultural exchanges. It sponsored tours by ballet, theater, and music groups, archaeological expeditions, art exhibits, comic books, and academic conferences. Publicly, the CIAA's cultural programs were defended for their reciprocal benefits in promoting "international understanding." Behind closed doors, however, the agency frankly emphasized propaganda motives. It attached far greater importance to interpreting the United States to Latin America than vice versa. The principle theme promoted by the coordinator's office was "Pan-Americanism," stressing that the key to defense of the region lay in hemispheric solidarity. After the United States entered World War II, Rockefeller's CIAA became a full-blown propaganda agency, utilizing film, publications, and radio to "combat the Nazi lie." By 1943, the CIAA had become a large federal agency with a generous budget and nearly 1,500 employees.

In the early part of 1941, as war appeared imminent, Roosevelt created several additional agencies to disseminate propaganda at home and abroad. In 1942 these various information programs were combined into the Office of War Information (OWI) under the direction of the well-known journalist and broadcaster Elmer Davis. Roosevelt also established the Office of Strategic Services (OSS), the forerunner of the Central Intelligence Agency, and authorized it to engage in black and gray propaganda abroad, mostly in connection with military operations.

The OWI was a sprawling organization that conducted domestic and international propaganda on a truly massive scale. In addition to millions of leaflets, it produced entire newspapers, which were dropped by airplane to France, Norway, Spain, Ireland, and Germany. One newspaper distributed by the OWI in France achieved a circulation of 7 million per week, compared to a grand total of 3 million leaflets distributed in Europe through all of World War I. The OWI established posts attached to U.S. diplomatic missions overseas, known as the U.S. Information Service, and it operated reading rooms and libraries in more than twenty countries. Radio was the most crucial medium in the overseas propaganda war, and in 1942 the Voice of America was established under OWI jurisdiction. By the end of the war, the Voice of America was broadcasting around the world in forty different languages.

Combat propaganda, or what began to be called "psychological warfare," was utilized by all the belligerents, including the United States. These operations focused on breaking enemy morale, encouraging enemy troops to surrender, publicizing U.S. military victories, positively projecting U.S. war aims, providing aid and encouragement to partisans in occupied territories, and stiffening the resolve of American and Allied troops. Initially, these operations were conducted by OWI personnel, but the idealistic outlook of many of the agency's propagandists clashed with the more conservative mindset of many U.S. military officers who believed it was more interested in advertising Franklin D. Roosevelt and the New Deal than in promoting military objectives. In December 1942, General Dwight D. Eisenhower created a separate psychological warfare branch of the army to participate in the Allied invasion of North Africa. In 1944 he created an even larger organization, the Psychological Warfare Division of the Supreme Headquarters, Allied Expeditionary Force, to prepare propaganda for the DDay invasion. Psychological warfare was especially important in the Pacific theater, where U.S. propaganda sought to convince Japanese soldiers—who had been taught by their army that to surrender meant relinquishing their place as members of Japanese society—to cease resistance.

today a lot of this action has so much to go on since propaganda was created for the readiness of war. And now Today the chaos of war is much more evident and presumptive ..."Based on my presumption, probability, of conjecture, and the hypothesis my belief; as one who presumes it , who assumes that which they perhaps shouldn't take part of belief that the winds of war or the propaganda of war are always based on lies deception of war.

even the exceptions of the propaganda of Nuclear war and proliferation is only the threat
of "WAR! what which creates a world war 3 involvement which threatens the lives of other
countries. which involves sections of one country making Nuclear arsenals" Like I R A N "