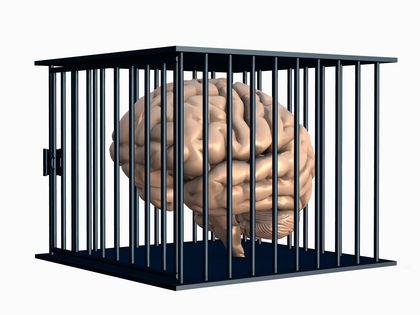 Modern practitioners of propaganda utilize various schema to classify different types of propaganda activities. One such categorization classifies propaganda as white, gray, or black according to the degree to which the sponsor conceals or acknowledges its involvement. White propaganda is correctly attributed to the sponsor and the source is truthfully identified. (The U.S. government's international broadcast service Voice of America, for example, broadcasts white propaganda.) Gray propaganda, on the other hand, is unattributed to the sponsor and conceals the real source of the propaganda. The objective of gray propaganda is to advance viewpoints that are in the interest of the originator but that would be more acceptable to target audiences than official statements. The reasoning is that avowedly propagandistic materials from a foreign government or identified propaganda agency might convince few, but the same ideas presented by seemingly neutral outlets would be more persuasive. Unattributed publications, such as articles in newspapers written by a disguised source, are staples of gray propaganda. Other tactics involve wide dissemination of ideas put forth by others—by foreign governments, by national and international media outlets, or by private groups, individuals, and institutions. Gray propaganda also includes material assistance provided to groups that put forth views deemed useful to the propagandist.

Like its gray cousin, black propaganda also camouflages the sponsor's participation. But while gray propaganda is unattributed, black propaganda is falsely attributed. Black propaganda is subversive and provocative; it is usually designed to appear to have originated from a hostile source, in order to cause that source embarrassment, to damage its prestige, to undermine its credibility, or to get it to take actions that it might not otherwise. Black propaganda is usually prepared by secret agents or an intelligence service because it would be damaging to the originating government if it were discovered. It routinely employs underground newspapers, forged documents, planted gossip or rumors, jokes, slogans, and visual symbols.

Another categorization distinguishes between "fast" and "slow" propaganda operations, based on the type of media employed and the immediacy of the effect desired. Fast media are designed to exert a short-term impact on public opinion, while the use of slow media cultivates public opinion over the long haul. Fast media typically include radio, newspapers, speeches, television, moving pictures, and, since the 1990s, e-mail and the Internet. These forms of communication are able to exert an almost instantaneous effect on select audiences. Books, cultural exhibitions, and educational exchanges and activities, on the other hand, are slow media that seek to inculcate ideas and attitudes over time.

An additional category of propaganda might be termed "propaganda of the deed," or actions taken for the psychological effects they would have on various publics. The famous Doolittle Raid of April 1942 is a classic example. After months of negative news from the Pacific during World War II, Lieutenant Colonel James Doolittle of the U.S. Army Air Corps led a force of sixteen planes on a bombing raid of Japan. The mission was pointless from a military point of view, but psychologically it was significant. For Americans, it provided a morale boost and evidence that the United States was "doing something" to strike at the enemy directly; for the Japanese, it was a warning that the United States possessed the capability to reach their homeland with strategic bombers and a reminder that the attack at Pearl Harbor had not completely destroyed the U.S. fleet. "Propaganda of the deed" can also include such disparate actions as educational or cultural exchanges, economic aid, disaster relief, disarmament initiatives, international agreements, the appointment of investigating commissions, legislation, and other policy initiatives when employed primarily for the effects they would have on public opinion.