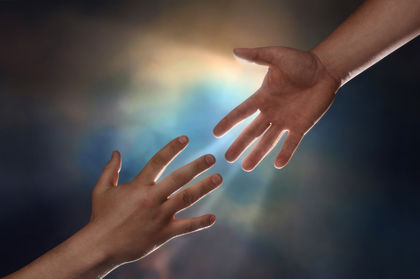 With the termination of the Cold War and collapse of the USSR in 1990–1991, the United States quickly emerged as the world's lone superpower. Under the leadership of President Bill Clinton, the realization of the country's superpower status inaugurated another massive disagreement over the country's proper role in world affairs. Not since classic Rome had a single state towered so completely over its potential rivals. Behind the debate over American global responsibility was President George H. W. Bush's refusal, in 1992, to confront the well-publicized genocide in Bosnia and his tardy, reluctant involvement in feeding the starving people of Somalia. For his critics, the end of the Cold War presented the United States, with all its power, an unprecedented opportunity to embrace the country's historic mission to humanity. The risk-avoiding approaches of the Bush years seemed to assure only the loss of national self-respect and the denial of America's proper role in world affairs. The country, some argued, had the obligation to exercise its exceptional power aggressively in its own and the world's deepest interests.

Undaunted by the doubtful relevance of America's self-assigned obligations to humanity, President Clinton promised that, after January 1993, U.S. foreign policy would focus on the goal of expanding democracy and humane values. In his inaugural address, he pledged U.S. action whenever "the will and conscience of the international community is defied." There would be interventions, he promised, not only to defend national interests, but also to satisfy the national conscience. On becoming U.S. ambassador to the United Nations in February 1993, Madeleine Albright acknowledged: "If there is one overriding principle that will guide me in this job, it will be the inescapable responsibility…to build a peaceful world and to terminate the abominable injustices and conditions that still plague civilization." Clinton elucidated his agenda before the UN General Assembly on 27 September 1993. "During the Cold War," he said, "we sought to contain a threat to [the] survival of free institutions. Now we seek to enlarge the circle of nations that live under those free institutions." For the first time in history, he added, "we have the chance to expand the reach of democracy and economic progress across the whole of Europe and to the far reaches of the world." From the outset, Clinton faced a powerful realist critique of the necessity and feasibility of his burgeoning campaign, much of it based on the admonitions of Hamilton, Washington, and John Quincy Adams against foreign crusading.

For the Clinton administration, three countries seemed to require immediate attention—Somalia, Haiti, and Bosnia. It launched immediate interventions in all three, with doubtful results. In none of the three did Washington achieve its stated objectives. Haiti remained a basket case, economically and politically; the death of American soldiers in Somalia late in 1993 prompted Clinton to withdrew those that remained. In Bosnia, the three goals of U.S. involvement—the return of the refugees, the creation of a multiethnic state, and the arrest and trial of Serb war criminals—remained unfulfilled. In 1999, Kosovo emerged as the defining issue in Clinton's crusade for human rights by scolding and chastising foreign transgressors. On 24 March he unleashed a NATO-backed air war against Serbia, both to protect the Kosovars and to bring Slobodan Milosevic, the Serbian president, to justice. Clinton's Kosovo intervention was the first resort to force for purely humanitarian objectives in the nation's history. The seventy-eight days of bombing brought a Serb capitulation without creating the desired peaceful, multi-ethnic regime in Kosovo. NATO leaders, meeting in Washington during April 1999, accepted membership in Clinton's global crusade for human rights. They proclaimed human rights, not national sovereignty, as the guiding principle in international affairs. It mattered little. U.S. critics of both the ends and the means of the Kosovo war predicted that the experiment would not be repeated.

Clinton's idealist crusade to improve the human condition turned out to be Euro centric; in the Atlantic world, at least, massive repression had become unacceptable, especially if it occurred in a small, defenseless region. The Serbian experience was no measure of the West's response to ubiquitous challenges to Western values elsewhere. Neither Washington nor the European capitals responded to the pervading horrors of Africa and Asia, beginning in Rwanda in 1994 and continuing through central Africa to Sierra Leone and elsewhere. Continued global suffering illustrated the magnitude and tenacity of the world's political and societal disabilities, as well as the absence of external power and will to confront them.

Through two centuries of its history, the United States experienced a persistent debate over approaches to foreign policy. It was a controversy absent in nations whose political philosophy derived from different assumptions about humanity and the state. In general, the American debate embraced a realist-idealist contest, although at times the issues produced shifting positions and clouded the fundamental clash between realist and idealist goals and assumptions. But the continued debate, with neither side acknowledging defeat, attested to the abiding fundamentals of both positions. Realists argued that the country's external policies be guided by national interests and the simple desire to maximize stability and minimize harm. They asked that the United States exert its leverage in pursuit of humane objectives only where assured successes were commensurate with costs and effort. For them, no policy choice would achieve utopia. Idealist proposals comprised largely sentimental and rhetorical responses to meliorist visions of a malleable world, supposedly subject to the reforming influences of American political and economic institutions. It was an approach dominated by seductive ends, with little concern for means.

America's vibrant civilization enhanced the attractiveness of the American model, while the uniqueness of the country's traditions and environment limited the expansive power of its example. The country's long pursuit of meliorist dreams demonstrated its limited knowledge and authority to institute democracy and a humane order in other lands. Still, the meliorist vision never faltered and always remained subject to arousal by the trials of other lands. In practice, however, realism defined the fundamental formulations of all U.S. foreign policy, except the moral crusading in Cuba and East Asia at the turn of the nineteenth century, as well as the Wilson-dominated responses to the challenges of the interwar decades. The country's long experience in foreign affairs demonstrated that objectives that ignored or transcended the nation's interests could not long endure.