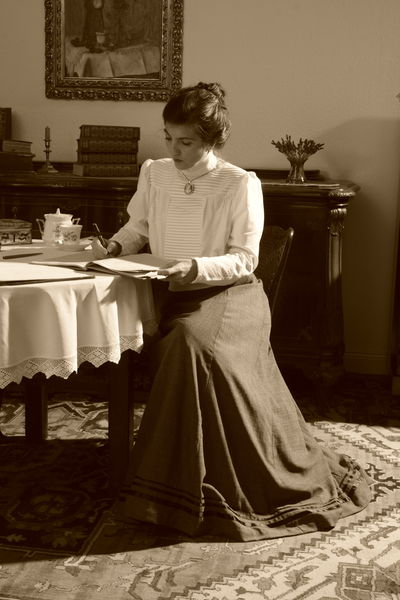 The 1920s are traditionally identified with alleged American "isolationism." Recent scholarship has shown that this picture is far too simple.

Wilson's successors in the White House avoided foreign military commitments, but they pursued a consistent policy that the historian Emily S. Rosenberg has called "liberal developmentalism." This ideology, shared by U.S. leaders and citizens, assumed that "other nations could and should replicate America's own developmental experience." Businesses, philanthropic groups, labor unions, and government figures worked together after World War I to spread the "American dream" in Europe, Asia, and Latin America. This included encouraging the development of free markets, democratic institutions, and popular culture on the American model.

The last element of this triad proved most revolutionary. Manufacturers and advertisers—often working with government subsidies—contributed to a global diffusion of American-style automobiles, radios, and movie technologies, among other products. Rising criticisms of Americanization during this period attested to the ways in which U.S. cultural influence revolutionized foreign societies. The new popular culture made the nation of Jefferson and Wilson a focus of global attention. It disrupted social hierarchies by appealing to the desires of the average individual. Most significantly, it undermined traditional values by glorifying liberty and enterprise.

Contrary to the "isolationism" often associated with the White House during this period, American presidents shared public enthusiasm for the cultural spread of the American revolution abroad. As secretary of commerce and later as president, Herbert Hoover encouraged investment overseas, creating the foreign infrastructure and dependence that would guarantee access for American products and ideas. Instead of assuring fair competition among a variety of firms, the U.S. government supported the foreign expansion of near monopolies like J. P. Morgan, Standard Oil, and General Electric. These companies exerted strong influence over Republican presidential administrations. They also acted as "chosen instruments" for America's policy of supporting overseas revolution through economic and cultural means. Spreading the American dream in the 1920s promised massive profits and radical changes in the ways foreign societies functioned. Historians have generally avoided the temptation to glorify Americanization, but they have recognized that the nation's liberal developmentalism revolutionized international society.

Tweets by LechMazur
Also read article about Revolution from Wikipedia