The Vietnam War and Its Impact - Political lessons 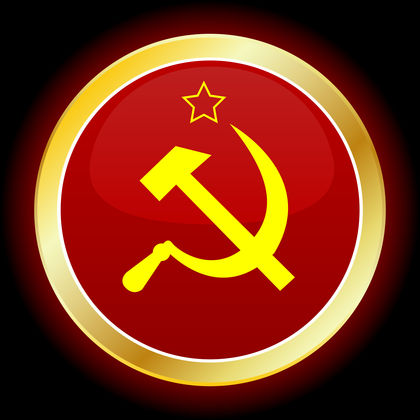 The meaning of the Vietnam War for American foreign policy remains a hotly contested and unresolved issue. Most aspects of the war remain open to dispute, ranging from the wisdom of U.S. involvement to the reasoning behind continued escalation and final withdrawal.

The political legacies of the war began to surface even before North Vietnam's victory in 1975. A powerful domestic antiwar movement that arose in the mid-1960s influenced a bipartisan group of U.S. congresspersons who by 1970 began to question openly the commitment of American troops to conflicts of uncertain national importance. Their doubts were enhanced by the fact that Presidents Kennedy, Johnson, and Nixon sent U.S. forces into Vietnam with little regard for congressional approval. Passage of the War Powers Resolution by both houses of Congress and over President Nixon's veto in 1973 signaled that American politicians and the public would no longer allow presidents to single-handedly dictate military policy as commander in chief of the armed forces.

The War Powers Resolution mandated that U.S. presidents inform Congress within forty-eight hours of a troop commitment in the absence of a declaration of war. If Congress does not declare war within sixty days of the commitment, the president must terminate the use of U.S. military forces, unless he has sought in writing a thirty-day extension of the deadline. Since its passage, however, the War Powers Resolution has made little impact on presidential warmaking because creative ways have been found to circumvent its limitations.

More important as a brake on presidential war policy is the Vietnam syndrome, a catchall phrase that describes the public's impatience for protracted American wars based on vague policy goals. Most pronounced from the American withdrawal in 1973 to the Gulf War in 1991, the Vietnam syndrome congealed after the war as the public mood slid toward isolation and the belief that troops should be committed only in cases of national invasion. This sentiment handcuffed President Jimmy Carter's ability to use military force to free American hostages in Iran in 1979 and 1980, and deterred President Ronald Reagan from seeking congressional approval to fund the Nicaraguan contras in the early 1980s.

During his first term in office, President Ronald Reagan assured the nation that there would be "no more Vietnams," a refrain also echoed by George H. W. Bush during his presidency. To conservatives, this meant that U.S. troops would never again fight a war without the necessary full political support to win it. To others, it meant that popular opinion would now limit any extensions of American military power across the globe. The public would not support a troop commitment to another war against communists, even in the Western Hemisphere. Mistrust spawned by the Vietnam conflict led Reagan's foreign policymakers to cover up arms deals during the Iran-Contra affair.

American invasions of Grenada and Panama in the 1980s were short-lived partly because of executive fears of escalating military involvement without strong public support. The deaths of more than two hundred marines at a base in Beirut, Lebanon, in 1983 threatened to rekindle the nightmare of Vietnam once again. But the victorious Gulf War of 1991 did much to remove the enormous burden of the Vietnam conflict from the back of American foreign policy.

In the invasion plan to oust the Iraqi forces occupying Kuwait, General Norman Schwarzkopf, a Vietnam veteran, remembered lessons of Southeast Asia. He helped to limit the information released about the conflict (to prevent another "living-room" television war) and patiently built up his forces to maximum strength before attacking Iraqi troops. The architects of the Gulf War also relied on precision bombing rather than ground troops in order to minimize casualties and preserve public support for the war. President Bush successfully mollified the public's post-Vietnam fears of wasteful wars fought by poor men by pledging to do away with college draft deferments, if the draft was reinstated, and by calling for unqualified patriotic support to honor the 500,000 servicemen sent to the Gulf.

Following the Persian Gulf War the American public showered returning troops with a level of adulation not witnessed in the United States since 1945, and cracks became visible in the Vietnam syndrome. But hesitation in committing troops to Bosnia and the withdrawal from Somalia stemmed in part from Clinton administration fears that the conflicts there would escalate and damage American credibility, as with Vietnam. Strong domestic support for a precision bombing campaign over Kosovo in 1999, however, demonstrated how far the American public had drifted from the antiwar fervor of the early 1970s.

As time healed the wounds of violence and bloodshed, the impact of the Vietnam conflict still lingered for the Vietnamese and American people. But a new phase began, characterized by hope, new friendships, and cultural and political exchange unprecedented in the history of two nations once at war.