Collective Security - The united nations and the cold war 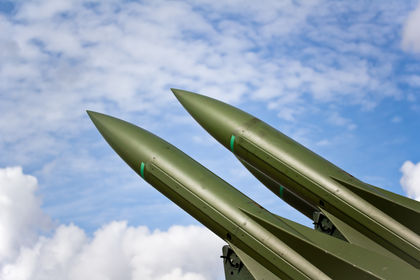 World War II brought a surge of hope that a revised League of Nations, now supported by the United States and the Soviet Union and profiting from the lessons of the 1930s, might serve as the basis for a new international order. Because the League of Nations had become discredited, especially in the eyes of the Soviet Union, which was expelled from the league in 1940 for attacking Finland, it was necessary to create a new world organization. With strong support from American public opinion, the United Nations was officially established in 1945 after earlier conferences and discussions. It differed in some particulars from the League of Nations but reflected the same basic philosophy of collective security. In order to make it more effective, the United Nations Charter placed more power in the hands of the five major states, which were given veto powers and permanent representation in the upper chamber, the Security Council, which had exclusive jurisdiction in security matters. Initially, the Security Council also had six nonpermanent members. (This was later expanded to ten.) Based according to the charter on "the principle of the sovereign equality of all its members," all of which pledged themselves to "refrain in their international relations from the threat or use of force against the territorial integrity or political independence of any state," the United Nations endowed the Security Council with "primary responsibility for the maintenance of international peace and security," charging other members with a duty to "accept and carry out the decisions of the Security Council." Seven of the eleven votes were declared necessary to decide substantive issues, including the votes of all the permanent members—the United States, the Soviet Union, China, France, and the United Kingdom. The Security Council "shall determine the existence of any threat to the peace, breach of the peace, or act of aggression" and decide what to do, including taking "such action by air, sea or land forces as may be necessary to maintain or restore international peace and security." The idea of the "four policemen" (China, the Soviet Union, Britain, and the United States), each maintaining peace in its area of the globe, was one popular formulation of this big-power conception of collective security, which encountered some criticism from the smaller countries but appeared practicable as a continuation of the wartime alliance against the Axis.

Once the war was over, amity dissolved in quarrels between the United States and the Soviet Union. Their continued goodwill and cooperation was a condition for United Nations success. The spreading post-1945 Cold War between the Soviet (and soon Chinese) and U.S.–west European blocs ensured the failure of collective security and rendered the United Nations increasingly irrelevant except as one more arena for the power struggle between the blocs.

Critics of collective security pointed out at this time that as a plan of war prevention it suffers from the defect of assuming the problem already solved. It assumes that the great majority of the world powers are naturally peace loving, and that war is caused only by the occasional transgressions of a bad nation, led into wickedness by unusual circumstances. If this is true, the problem of war is not so great in any case. Put concretely, if the superpowers could keep on friendly terms and cooperate for world peace, all would be reasonably well; if they could not, then no collective security plan could work. Under Cold War conditions, collective security's inclination to use force to defend peace—always something of a paradox—became a positive menace.

In 1950 the United States took the lead in persuading the United Nations Security Council to condemn the aggression of North Korea against South Korea, in a land left divided by the post-1945 Soviet-American rift. The apparently fortuitous absence from the Security Council at that time of the Soviet Union, which otherwise could have vetoed the resolution, facilitated this decision. A major war ensued in Korea, as United Nations forces, of which the great majority were American, turned back the North Korean "aggressors" and then invaded the north, only to encounter Chinese intervention. The paradox of calling war on this scale a peaceable "police action" struck home forcibly. Not everyone was then persuaded that North Korea was the aggressor, although, subsequently, clear evidence emerged that, encouraged by China and the USSR, it did launch an overt attack in 1950. Border incidents and provocations in an unnaturally divided land had been going on for several years, and the UN forces, commanded by an American general, Douglas MacArthur, seemed less those of the United Nations than of the United States. The armistice negotiated in 1953, which left the north-south border in Korea not far from where it had originally been, underscored the futility of the enterprise, if one thought of it as "punishing the aggressor." Although initially it was hailed as a successful application of collective security, and many continued to believe in resisting the expansion of communist power, the Korean War tended to discredit collective security.