The Domino Theory - The 1960s: high tide of the domino theory 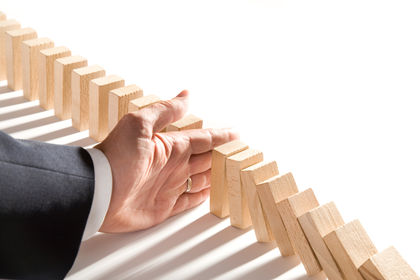 The period from the early to the mid-1960s represented the high point of American belief in the theory. The proportion of top officials who endorsed it was higher than it had been in 1953 and 1954 under Eisenhower. Some of the 1960s officials— most conspicuously Secretary of Defense Robert McNamara—decided years later that the theory had been mistaken, but they confirmed that they really had believed it in the 1960s; their assertions of it had not been mere rhetoric.

Some authors have commented on the rise in the 1960s of the "psychological domino theory," a belief that the danger of allowing South Vietnam or Laos to go communist lay in what this would do to American "credibility." One country after another would decide that they could not depend on American assistance, and that it therefore was not worth trying to resist communism. They might submit without any massive invasion by foreign communist armed forces. At the same time, communist countries, no longer fearing the United States, would become more aggressive. Such ideas became more common in the 1960s, but this did not represent a total change in thinking. The phrase "psychological domino theory" is associated with that decade, but there had been an important psychological component to the domino theory ever since the late 1940s.

In 1961 the Departments of State and Defense sent President Kennedy a joint memorandum, the product of prolonged deliberation at the highest level. William Bundy had written the first draft; U. Alexis Johnson and Robert McNamara, among others, had revised it. It stated: "The loss of South Viet-Nam would make pointless any further discussion about the importance of Southeast Asia to the free world; we would have to face the near certainty that the remainder of Southeast Asia and Indonesia would move to a complete accommodation with Communism, if not formal incorporation within the Communist bloc." The theory had sometimes been put in terms this strong or stronger under Eisenhower, but that usually happened when an individual was speaking without a prepared text. Strong statements of the theory had not appeared in formal documents coming from a wide group.

Policymakers were still vague about the identity of the communists to whom Southeast Asia would fall and about the mechanism of the fall. The most common scenario, when a scenario of some sort was presented, was that the nations of Southeast Asia would submit to unspecified Chinese pressures. Shortly before his death in 1963, when Kennedy was asked about the domino theory in a televised interview, he replied, "I believe it. I believe it … China is so large, looms so high just beyond the frontiers, that if South Viet-Nam went, it would not only give them an improved geographic position for a guerrilla assault on Malaya, but would also give the impression that the wave of the future in southeast Asia was China and the Communists. So I believe it."

The domino theorists' frequent vagueness about the national identity of the communists whose conquests they feared reflects a generally low evaluation of the strength of nationalism in Asia. They do not seem to have felt it mattered whether an Asian country was taken over by native communists or conquered by some larger communist power. They knew that the Chinese Revolution had not brought the Soviet army to the borders of Southeast Asia, and indeed that the Soviet military forces that Chiang Kai-shek had permitted at Port Arthur in the late 1940s had been withdrawn in the 1950s. They were aware that when North Vietnam came under communist rule in 1954, the Chinese army had not moved down to the seventeenth parallel, the border between North and South Vietnam. But they did not treat these facts as relevant to the question of whether the fall of South Vietnam to communism would lead other Southeast Asian nations to fall under Chinese or Soviet domination.

The domino theorists also did not feel that the leaders of the non-communist nations of Southeast Asia could be trusted to care very much about preserving their independence. Even those nations that did not harbor strong domestic communist parties might easily be stampeded into accepting, without a fight, Chinese or Soviet domination. An exception, however, was made for South Vietnam. The domino theory was basically a call for the United States to pick South Vietnam as the place to take a stand against communism. Its proponents often exaggerated the strength of anticommunist nationalism in South Vietnam, trying to make it seem more attractive than it was, and more attractive than possible alternatives such as Thailand, as a place to make a stand.

As vice president, Lyndon B. Johnson in 1961 endorsed the domino theory without hesitation; he told President Kennedy that the United States must either hold the line in Vietnam and Thailand or pull its defenses back to San Francisco. In 1964 as president, however, he did ask questions. Johnson was trying to shift the priorities of the national budget away from military spending and toward his Great Society programs. He was, therefore, horrified by the prospect of making the major commitment of U.S. forces that seemed the only way to save South Vietnam from falling to communism. When he asked whether the domino theory was valid, the question was probably not purely rhetorical. Some mid-level officials, notably the intelligence analysts at the CIA's Board of National Estimates, said that the theory was not valid. But all the top national security officials—Secretary of State Dean Rusk, Secretary of Defense McNamara, Director of Central Intelligence John McCone, and the Joint Chiefs of Staff—ringingly affirmed the theory.

The Joint Chiefs were the firmest. When Assistant Secretary of State for Far Eastern Affairs William Bundy, one of the second-level officials who doubted the theory, asked the Joint Chiefs whether it might not be possible to establish another defensive line and save the other dominoes, the Joint Chiefs strongly rejected this notion. "We have no further fall-back position in Southeast Asia…. Strengthening other areas of Asia, in the context of our having been pushed out of SVN [South Vietnam], would be a thoroughly non-productive effort militarily, and politically it seems dubious we'd even be offered the opportunity to attempt it." Thailand would fall "almost automatically"; Burma would probably fall.

Belief in the theory was also widespread outside the administration. Influential members of both houses of Congress made very strong statements about it. Richard Nixon, the future president, said in January 1965 that "if Vietnam is lost, all of Southeast Asia is lost." If the people of Southeast Asia decided, because of events in Vietnam, that the wave of the future was communism, "they are going to go Communist before the wave engulfs them." In a February 1965 Harris poll, an overwhelming majority (78 percent to 10 percent) said they believed that if the United States withdrew from South Vietnam, "the Communists would take over all of Southeast Asia."

The domino theory had always been a call to action. Lyndon Johnson felt in 1965 that he had no choice but to make an actual commitment of large-scale combat forces to Vietnam, and the fact that the domino theory said this commitment was necessary was an important part of his motive. But as the scale of the war expanded during the following years, belief in the theory faded. People endorsed the theory only if they were willing to endorse the commitment of enough resources to save South Vietnam, and as the definition of "enough" expanded to 500,000 men and beyond, the number of people willing to endorse the commitment shrank dramatically. There were still believers in the domino theory in 1968, but far fewer than there had been in the early 1960s. Also, the theory was openly derided by many, unlike several years before.

Also read article about The Domino Theory from Wikipedia