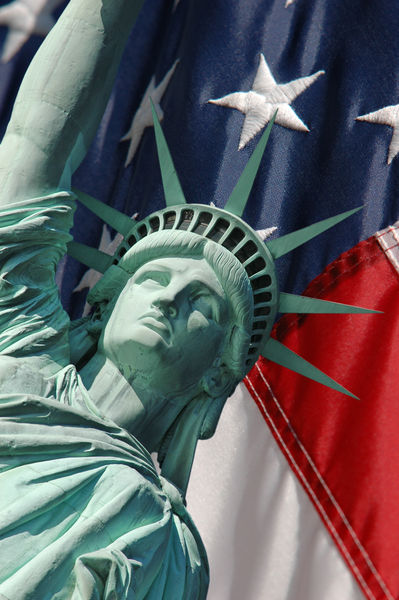 Exceptionalism is a fluid and adaptive idea that can be interpreted in different ways. Therefore it is necessary not only to identify its major assumptions but also to consider its two main strands— the exemplary and the missionary—and the outcomes these different views have for foreign policy. Three main elements of exceptionalist belief have remained relatively consistent throughout American history.

First and foremost is the belief that the United States is a special nation with a special role to play in human history. Throughout American history there have been repeated claims that the United States is the promised land and its citizens are the chosen people, divinely ordained to lead the world to betterment. This notion goes back to the very beginnings of colonization. The New World was regarded as a virgin land upon which its new inhabitants could attempt to perfect society through social, political, and religious experiment. Americans have been charged by God with the task of reforming themselves and the world— they are a redeemer nation. The United States is thus guided by the invisible hand of God, and American actions are the result of divine will. At the same time, though, the chosen people are exposed to temptation and corruption, most often from abroad or from subversives within. Americans are thus being constantly tested and must undergo continual self-inspection. When they do seem to fail or commit wrongdoing, it is because the forces of evil are working against them. But even in such circumstances, Americans maintain their purity because their intentions are good and they will strive on with their national experiment.

The second main element of exceptionalist belief is the New World's separateness and difference from the Old World of Europe. In Europe, Americans believed, self-interested monarchies exploited the majority of their own people, then sought imperial expansion abroad to increase their treasures, boost their reputations, and increase their power relative to other monarchies. The political systems were invariably corrupt, and pandered to the needs and desires of the traditional elites, leaving little or no means for commoners to improve their lot in life. In contrast, the New World was committed to freedom, morality, and the betterment of humankind.

The third main element of exceptionalism is the belief that the United States, unlike other great nations, is not destined to rise and fall. Americans will escape the "laws of history" which eventually cause the decay and downfall of all great nations and empires. Americans believe their nation is the leader of progress in the world. Practically everything that the United States does as a nation is regarded as pushing forward the boundaries of human achievement, be it in politics, industry, technology, sports, the arts, even warfare. Certainly there are some mistakes made, but they are few, they are learned from, and they are improved upon at the next attempt. No matter how many setbacks they may face along the way, Americans will continue forward resolutely, striving for progress toward forming an ever more perfect union. Americans think of themselves as exceptional, then, not necessarily in what they are but in what they could be. For this reason the sense of exceptionalism can never die, no matter how unexceptional the nation may appear in reality. Exceptionalism persists because of what it promises just as much as, if not more than, what it delivers. It is tied to what it means to be an American: to have faith in the values and principles that caused the nation to be founded and to continue to exist.

Advocates of both the exemplary and the missionary strands of exceptionalist belief tend to share each of these assumptions. Where they differ is in how they believe these assumptions should translate into American actions with regard to the rest of the world. All exceptionalists believe very strongly in the basic benevolence of their actions toward other nations. National motives are not perceived as being driven solely by the desire for material gain but also by a dedication to principles of liberty and freedom for all humankind. A corollary of this belief is that it is the duty of the United States to help the rest of the world follow the example of the chosen people.

Followers of the exemplary strand of American exceptionalism have mostly advocated that the United States remain somewhat aloof from the world's troubles and lead by example. Americans should strive to perfect their own society as much as possible without interfering in the affairs of others. To intervene abroad, the exemplarists argue, not only would probably harm the other nation but also most likely would undermine the American experiment at home. Far better, then, that the United States should have peaceful trade relations abroad but concentrate on building a model society for others to copy rather than forcing the benefits of American life on others.

Adherents to the missionary strand of American exceptionalism who advocate U.S. expansion or intervention in the affairs of other nations nevertheless believe that, unlike other nations, the United States is incapable of seeking dominion over other peoples in its self-interest. The American government will project its power abroad not to subjugate other nations but to help them become like the United States, to become free and democratic. These Americans seem to believe that inside every foreigner there is the potential, even the desire, to be an American. To be an American, after all, is not a birthright but the willingness to believe in a certain set of political and social principles and values. The missionary strand of American exceptionalism suggests that all the people of the world want to be like Americans, whether they realize it or not. This assumption has led Americans to find it very difficult to understand that other peoples may place different values on things and have different perceptions from Americans of how the world should be. In fact, both forms of exceptionalism hold, rather paradoxically, that the unique American political values and principles are actually universal in their nature. The United States is regarded as the embodiment of universal values based on the rights of all humankind—freedom, equality, and justice for all. It is the exceptional champion of these rights, but they are shared by all humans, whether they are Americans or not.

Certainly not all Americans believe whole-heartedly in all these aspects of American exceptionalism. Many Americans are all too aware that major problems exist within their society, many of which they may never adequately solve. They accept that in an increasingly interdependent world the United States cannot claim dominion in international affairs and that when they do intervene abroad, Americans very often undermine the very principles they claim to be defending. Scholars also disagree over the importance of the belief in American exceptionalism. The majority of the academic works on the history of U.S. foreign relations neglect or discount the influence of exceptionalist beliefs. Nevertheless, a growing body of scholarship does recognize that the belief in American exceptionalism has been a persistent and major underlying influence on U.S. foreign policy. These works recognize that despite the inherent contradictions and frequent circularity of exceptionalist thought, the "recurring rhetoric" of the belief in American exceptionalism reveals it to be what Michael Kammen has called "a cultural reality and potent force." The belief in American exceptionalism should not be dismissed as "mere rhetoric," but acknowledged as an important and influential idea that contributes to the framework of discourse in which "policymakers deal with specific issues and in which the attentive public understands those issues." This is not to say that the belief in exceptionalism is the root cause of all foreign policy. Although the following analysis reveals the prevalence of the belief in foreign policy discourse, it should be remembered that at every turn policy was shaped and driven by more tangible determinants such as the preservation of national security, the demand for overseas markets, or, indeed, the personal ambitions of policymakers. As Anders Stephanson makes clear in his study of manifest destiny, the destinarian discourse he identifies did not "cause" policy as such. It was, however, "of signal importance in the way the United States came to understand itself in the world and still does." The same is true about the broader idea of American exceptionalism—it is not "a mere rationalization" but often appears "in the guise of common sense."

Canadians and Mexicans have a very different view of this attitude. It seems to them to be extremely self-serving as it translates into an attitude that whatever the United States wishes to do is right. No other nation or individual has the right to criticize or even examine closely any American policy or action. What people in Arkansas decide will benefit themselves will be done even if children in Durango, or Manitoba die from it. No examination of the United States should be done by non-Americans as they are not exceptional enough to understand the "Exceptional Country". This is a big reason that other people take "Exception" to them.