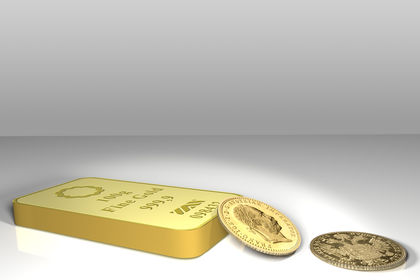 The current brand of globalization in American diplomacy can be traced back to the post–Civil War era, when internationalization and Americanization emerged in U.S. ideology and expressions of power. From this period to World War I, globalization came under the rubric of Anglo-American control of the transatlantic economy. From about 1850 to 1914 an international economy existed, managed by Great Britain, resting on free trade and open capital markets and reliant on colonies and developing areas as resource bases and on consumers in advanced nations. It was in the midst of this first international industrial economy that the United States rode to world power on the strength of its economic muscle and competed with Europeans, spurred on by production and technological inventions.

This period did not experience the revolutionary form of globalization that characterized the post–Cold War years, with their highly synchronized and integrated worldwide communications, transportation, and politics. In the earlier era, less production was attributed to foreign operations. Those affected by globalization were mostly of the elite, rather than the masses, in the early twentieth century. In the pre–World War I period, it was clear which nation controlled production, marketing, culture, and the like, while the multitrillion-dollar world market of the 1990s and beyond had no natural owners. The velocity of globalization in the pre-1914 years was immensely slower than at the end of twentieth century, as were the volume and the scope. The years before World War I did not witness the fundamental transformation in the global economy that started in the last century's final two decades.

Evident in the earlier era, however, were improvements in technology and a greater volume of world economic connections that indicated the influence of globalization on American power, diplomacy, and the economy. However, remarkable changes wrought by new business networks were not fully understood by diplomats back then. Some policymakers noted the importance of new technology and economic relationships; the presidents of these times, for instance, became more aware of global economic concerns. That was particularly true of William McKinley, known for the protectionist tariff with his name but actually a far-sighted globalizer. But they could not possibly foresee all of their applications. Movement toward globalization occurred, nascent and incomplete and interrupted by events of the twentieth century though it was. Thus, it is fair to argue that globalization offered, and offers, a new paradigm in which to view not only diplomatic history, but world history as a whole.

By the twentieth century, the United States had begun to replace Britain's colonial and trans-Atlantic systems of free trade and governmentrun transportation and communication networks. The new form of organization was a structured but open economic system of private enterprise and business-friendly public support for access to foreign markets, inventions, immigration, and adherence to international law. Private enterprise could export and produce abroad, the fruits of America's leadership in technology and intellectual property. People and ideas could move easily, facilitating the outward diffusion of America's political ideals and cultural values. America practiced an informal imperialism—in which investment and trade accompanied missionaries and, on occasion, the military—that gradually superseded British industrial and agricultural power.

The early era of globalization, before World War I, was greased by the technological leaps of transportation improvements like the steamship, and by marvels like the Suez and Panama Canals, which sped European and American commerce around the globe. Transatlantic cables, then direct telegraph links to Latin America and connections through British cable to Asia, allowed American investors and merchants to communicate faster abroad, thus expanding their markets. The great expositions of the age—in Chicago in 1893, Omaha in 1898, Buffalo in 1901, and St. Louis in 1904, as well as later gatherings in West Coast cities—publicized American achievements and the promise of empire based on progress in technology. Global connections shrunk the world itself.

Globalization was also driven by the emergence of America in the international economy. Capital exports, the plethora of inventions with American trademarks that were sold overseas, and a greater presence in financial markets boosted U.S. power. For instance, one of the most successful exporters was a capital goods firm, the Baldwin Locomotive Works of Philadelphia, whose engines came to symbolize power, speed, and the march of civilization. In 1900 Baldwin exported an average of one engine a day, shipping locomotives to South America, Africa, Asia, Australia and Europe. Exports soared after its engines gained recognition for their speed and for hauling weight up steep grades. At the turn of the twentieth century, Baldwin locomotives climbed Pikes Peak, hauled the Trans-Siberian Express, roamed the Argentine pampas, and whistled past the Egyptian pyramids. In the British Empire, American firms won contracts for building railroad bridges in Uganda and supplying rails for the construction of Cecil Rhodes's Cape to Cairo Railway, a project intended to develop British trade in Africa. Elsewhere, in the world's breadbaskets, Argentine, Australian, and Russian farmers used U.S. machinery to gather grain. Here were the companies that engaged in the international economy, as well as the privately run globalized market that was outside the realm of states.

Such economic connections promoted cultural ones as well. Thus, early signs of globalization in cultural exchanges were evident in sports (the Olympic Games), marriage, tourism, entertainment (Buffalo Bill's Wild West Show), the temperance movement, missionary work, and philanthropy. Regarding the latter, American-led internationalization in the years before World War I involved magnates like Andrew Carnegie and John D. Rockefeller, who turned to global philanthropy to counteract the label of "robber baron" and to advance their social concerns. Carnegie bequeathed millions to build public libraries in the United States and throughout the British dominions. For his part, Rockefeller established a huge foundation with a global mission to promote the well-being of mankind throughout the world. The oil baron personally contributed some $530 million to foundations and his son added another $537 million, which went for medical and scientific research, public health, education, and international exchange programs. The Foundation combated yellow fever and tropical African diseases. In China it established Peking Union Medical College to spread knowledge of medicine and sanitation, conduct research, and support the medical activities of Western missionaries. In addition, Carnegie's associate Henry Phipps in 1908 donated enough money so that Washington, D.C., could host the sixth International Congress on Tuberculosis, a disease that had killed thousands across the world. His contemporary, Darius Ogden Mills, funded an expedition to Chile in 1912 that measured over three hundred of the brightest stars in one-quarter of the sky surrounding the South Pole.

Besides the globalization of science and medicine, the fortunes of Americans were also spent on human rights causes. Jacob Schiff, the famous head of the banking firm Kuhn, Loeb and Company, turned his attention in 1906 to funding the American Jewish Committee, an organization dedicated to alleviating the persecution of Jewry at home and abroad. A host of banking, mining, and export firms, moreover, poured money into relief projects before World War I. For example, the New York Merchants Association raised $8,000 to help the victims of the Valparaiso earthquake of 1906, Guggenheim Sons, W. R. Grace and Company, and others more than matched this amount. In sum, the rich in America transferred some of their wealth to the international stage, in the process moving outside the realm of nations to influence the world economy. This is the essence of globalization.