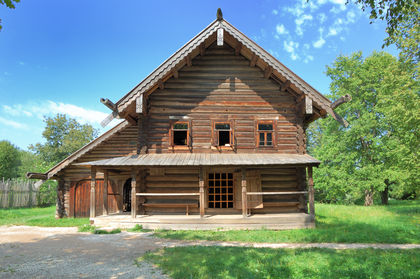 The unilateralist foreign policy that Adams pursued—the actual legacy of the Founders—proved serviceable and was followed with reasonable consistency until the end of the nineteenth century. It was a policy peculiar to the United States not in its motivation but only in the circumstances that allowed it to work. Americans had deliberately shaken off their major tie with Europe during the Revolution and understandably had little interest in replacing it with other ties. Moreover, in 1776 Americans had acted partly out of a sense of uniqueness and of superiority to the Old World and its institutions, and they regarded it as essential to the success of the mission of the United States that its policies remain uncontaminated and free from foreign influence. The development of the traditional American foreign policy was thus coeval with the first flowering of an assertive American nationalism.

The freedom of action that the United States sought for itself during the nineteenth century is, however, the ideal of all nation-states. Alliances, however desirable or even necessary under certain circumstances, inevitably circumscribe that freedom, and the avoidance of alliances and the maintenance of neutrality in the quarrels of others are, therefore, a universally appealing policy.

For most nations, however, the policy is also self-defeating and dangerous, since it is often incompatible with the continuance and further development of commercial and cultural ties, largely rules out assistance from others when that may be necessary, and invites attack by stronger neighbors. For the United States in the early nineteenth century, as a country of little economic and no military importance, without strong neighbors, protected by wide expanses of ocean and the polar ice cap, and favored by a world balance of power that tended in most instances to safeguard its interest, the policy was not only appealing, however, but also practicable. Unallied and uncommitted, threatened neither by invasion nor loss of territory, and possessed of a vast, rich, and sparsely developed hinterland, the United States was able to act independently and at its own discretion in those cases in which events elsewhere in the world seemed to affect the nation's interests.

Over the course of the century, the United States was able to expand its trade and commercial relations to an extraordinary degree, absorbed European immigrants in unparalleled numbers, and engaged freely in the process of cultural exchange. Moreover, it quite consistently displayed strong interest in political and military matters outside its borders.

It encouraged the revolutions in Spain's American colonies and sought to protect their newly won independence with the Monroe Doctrine. It followed the Greek Revolution and the European revolutions of 1830 and 1848 with sympathetic interest, and treated at least one of their leaders, the Hungarian Lajos Kossuth, to a hero's welcome. It vied with the British for control of the Oregon Territory in the 1840s and tried to buy Cuba in the 1850s. It went to war with Mexico in order to acquire not only Texas but California as well, and was instrumental in bringing Japan, a truly isolated country, into contact with the world at large. At the close of the Civil War, it helped effect the withdrawal of French troops from Mexico and acquired Alaska, its first non-contiguous territory, from Russia.

At the same time, the United States consistently sought to avoid "entanglements" by either acting alone or, when that proved impossible, refraining from action. Not only did it take part in the Napoleonic Wars without entering into an alliance with France, it never made certain the support of the British fleet by formal treaty even though that fleet was essential to the effectiveness of the Monroe Doctrine. Despite some strong sentiments to the contrary, the United States consistently refused to commit itself to active support of the European revolutionaries, and limited its treaty making during the entire nineteenth century to the settlement of specific disputes concerning boundaries, immigration, and fishing and sealing rights. The only treaty to carry even the suggestion of joint action with another power, the Clayton-Bulwer Treaty of 1850 with Great Britain, which limited action by the United States with regard to the building of a trans-isthmian canal, has been called by the historian Thomas A. Bailey "the most persistently unpopular pact ever concluded by the United States."

By the middle of the nineteenth century, America's traditional policy had become so firmly established that it was above serious challenge. In rejecting, on 11 May 1863, an invitation to join with France, Great Britain, and Austria in an attempt to persuade Czar Alexander II to modify his designs on Poland, Secretary of State William H. Seward cited Washington's Farewell Address as the basis for his action, and applauded the hitherto successful resistance to "seductions from what, superficially viewed, seemed a course of isolation and indifference." It was the first known official use of the term "isolation" in connection with the traditional American policy, and it was used, of course, only to be rejected as inapplicable. "Our policy of nonintervention, straight, absolute, and peculiar as it may seem to other nations," concluded Seward, "has … become a traditional one, which could not be abandoned without the most urgent occasion, amounting to manifest necessity."