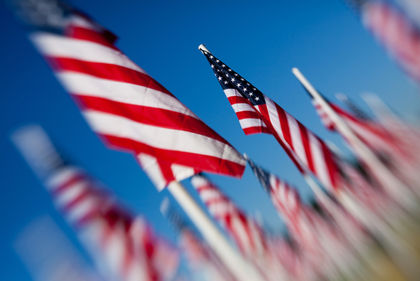 Nativism is a construct scholars employ to explain hostility and intense opposition to an internal minority on the grounds of its imputed foreign connections. Appearing in three basic forms in American history, nativism was first characterized by antagonism toward Catholics during colonial and early national eras. Anti-Catholicism peaked from the 1830s through the 1850s, concomitant with the growing debate over slavery. This variant reflected themes popular since the Protestant Reformation, stimulated by American fears of French, Spanish, and papal threats in the New World. After the Civil War, anti-Catholic nativism became more secular, mirroring complex economic, cultural, and social upheavals and—most notably—an inchoate sense of nostalgia for a "purer" republic.

A second form of nativism, manifest in the dread of alien radicalism, emerged during the 1790s when the wars of the French Revolution embroiled the United States and threatened the republican experiment. A third manifestation of nativism, sometimes overlapping with anti-Catholicism and antiradicalism, developed during the 1840s as citizens celebrated their "manifest destiny" to bring the benefits of democracy and republican government to the Pacific. Girded by "scientific" analyses that touted Anglo-Saxon superiority against other peoples, racial nativism became crucial in the debate over imperialism at the turn of the twentieth century, underlay the incarceration of the Japanese-American minority during World War II, and remains today an important touchstone in ongoing arguments about multiculturalism, immigration, and trade.

Scholars analyze nativism in several ways. One approach, exemplified in John Higham's unsurpassed Strangers in the Land (1963), stresses actual, face-to-face conflicts and tensions between early settlers and subsequent arrivals. Higham underscores immigrant battles for social, political, and especially economic advancement in an individualist and competitive culture. He explores the organized nativist movements between 1860 and 1925 that resisted these newcomers, and he assesses skillfully both reality and hyperbole within nativist stereotypes, all the while focusing on the all-important sociocultural settings in which nativism has waxed and waned.

Other historians and social scientists, reflecting the long-dominant primacy of the liberal consensus (from the 1930s to the 1970s), accentuate both ideological and psychological functions of nativism as clues to understanding tensions and fault lines within national culture. Here Richard Hofstadter and David Brion Davis look to a broader definition of the term, describing nativism as a state of mind of native-born and naturalized citizens seeking to define their own Americanness by condemning real and alleged alien challenges to national values and institutions. For these historians, nativism signifies the ideology of persecuting groups, invariably bigoted, while targeted minorities emerge generally as victims.

In the last quarter of the twentieth century, cultural and social historians focused more critically upon contests for power, assessing minorities more empathetically, "from the bottom up," often attacking traditional political elites. The Vietnam War, Watergate, black and feminist drives for equality, and growing concern by many at colossal inequities in wealth and shrinking opportunity, all interact with an increasingly multicultural society and tarnished political system to undercut the very idea of legitimacy. Scholars who embrace cultural studies—much influenced by such French theorists as Jacques Derrida, Jacques Lacan, and Michel Foucault—explain battles for power and prestige between newcomers and nativist defenders of the old order by deconstructing such categories as economics, race and ethnicity, and gender and sexuality. Assessing these categories may not only allow new clarity in comprehending power relationships embedded in given contexts ("texts"), but the careful reading of evidence ("discourse") may also afford scholars a better sense of their own relationship to their realm of inquiry, indicate how the notion of "historical objectivity" invariably conveys values and requirements of dominant cultures, and supply the chance to make connections within, and between, governing and contending, often complicit, cultural paradigms. Cultural studies at its best respects history as fluid and uncontrollable (even by elites), and considers questions of cause-and-effect less important than understanding ways in which parts of the historical past (and theories like Antonio Gramsci's hegemony and complicity) fit together.

Although emerging mainly as varied forms of domestic intolerance, nativism has affected, and been affected by, United States foreign policy. On one hand, animosity toward immigrants and fear of alien influence have diverted attention from real national problems and their sources and solutions. Conversely, nativist stereotypes and images have impeded the efficient formulation and implementation of foreign policies. On several occasions, meanwhile, nativist endeavors to legitimize parochial agendas by identifying them with the nation's interests have generated crises involving the federal government. Withal, by encouraging disdain for the European concept of power politics, nativism has strengthened the nation's self-image of innocence and exceptionalism in a decadent world. Hence, the study of nativist ethnocentrism and xenophobia provides clues to aid historians in clarifying the interplay between domestic issues and foreign relations. These clues help to explain the persistence of moralism and rigidity in American diplomacy and the presence of emotionalism as an important problem for national self-interest.

Yet with the exception of the federal immigration acts of 1921 and 1924, optimistic tendencies have generally kept nativism from becoming national policy. In several cases, however, nativists achieved power sufficient to affect the nation's course. The Alien and Sedition Laws (1798) sought to stifle Jeffersonian opposition to Federalist foreign policy during the Quasi-War with France (1798–1800). But when President John Adams negotiated for peace (perhaps his most courageous accomplishment), the legislation backfired, split the Federalist Party, and helped Thomas Jefferson become elected president in 1800. During the 1850s, the Know-Nothing (or American) Party hastened disintegration of national politics when its crusade against Irish-Catholic immigrants offered citizens a choice to avoid confronting slavery, the greatest sectional crisis the nation had known. In the late nineteenth century, nativism intensified many social and economic difficulties wrought by the dislocating forces of industrialism, urbanization, and unprecedented immigration from lands nativists deemed benighted. As long as the economy remained robust, ample room existed for newcomers. But when the economy turned sour, as it did cyclically between 1870 and 1914, nativists looked more for the easy explanation— the new immigrants, of course—than they did shortcomings of the capitalist system.

The only nation that was "born in perfection and aspired to progress" (to use Hofstadter's felicitous phrase), the United States also confronted war in the twentieth century in ways that focused attention on the enemy within, the Trojan Horse that would undermine the peaceable kingdom. The United States went to war not to "muddle through" or merely win, like the British, but for moral reasons befitting its exalted (and self-anointed) global status. Messianic prophecies demand total obeisance and World War I unleashed an unprecedented campaign of repression against German Americans, foreign-and native-born Bolsheviks, socialists, anarchists, and pacifists. Wartime intolerance did not cease with the Treaty of Versailles. Indeed, the Red Scare after World War I attested not only to problems attending the failure to make the world safe for democracy, demobilization, and the emergence of the Bolshevik adversary in the Soviet Union, but also to the desire, continuing into the 1920s, to purge the nation of all cultures that did not embrace traditional Anglo-Saxon Protestant virtues. This failed effort at national purification influenced attitudes toward international cooperation, immigration, the World Court, and the Soviet Union. A similar reaction, christened "McCarthyism" after its most renowned practitioner, Senator Joseph McCarthy, exploded after World War II, and the controversy over Watergate in the early 1970s revealed a similar cleansing dynamic, albeit in inverted form, which eventually consumed the presidency of Richard M. Nixon.

A new century of immigrants

World war ii and the effects on nativism

Bennett, David H. The Party of Fear: From Nativist Movements to the New Right in American History. Rev. ed. New York, 1995. Provides a fine scholarly overview and interpretation of nativism in the nineteenth and twentieth centuries.

Bodnar, John. The Transplanted: A History of Immigrants in Urban America. Bloomington, Ind., 1985. Another good reference for the history of immigration.

Daniels, Roger. Not Like Us: Immigrants and Minorities in America, 1890–1924. Chicago, 1997. Integrates American reactions to the new immigration with policies toward African Americans, Native Americans, and other minorities. Daniels stands alone as the historian of Japanese-American relocation and redress.

Davis, David Brion, ed. The Fear of Conspiracy: Images of Un-American Subversion from the Revolution to the Present. Ithaca, N.Y., 1970. Features a discourse and rhetoric of nativist countersubversion, including a sensitive reading of the author's construct of the paranoid style.

DeConde, Alexander. Ethnicity, Race, and American Foreign Policy: A History. Boston, 1992. Focuses on the rise, place, and slow decline in power of the Anglo-American majority and argues that historians often minimize the importance of British immigrants and their role in fomenting nativism against other groups. A good starting place for those wishing to further assess nativism's place in the context of foreign relations; it also has the advantage of assessing the development of racism as an integral part of the American establishment.

Dower, John W. War Without Mercy: Race and Power in the Pacific War. New York, 1986. Portrays racism on both sides of the Pacific.

Dumenil, Lynn. The Modern Temper: American Culture and Society in the 1920s. New York, 1995. Dumenil offers measured assessments of the wrenching cultural change of that era and regressive American reactions. Her treatment of the Klan is particularly insightful.

Higham, John. Strangers in the Land: Patterns of American Nativism, 1860–1925. New York, 1963. One of those few books that just gets better with time.

Hofstadter, Richard. The Paranoid Style in American Politics and Other Essays. New York, 1965. Classic and problematic statement of liberal distaste for McCarthyism and the political right.

Kazin, Michael. The Populist Persuasion: An American History. New York, 1995. An empathic qualification of critiques of the populist skein in American history.

Kovel, Joel. Red Hunting in the Promised Land: Anticommunism and the Making of America. New York, 1994. The Red Scare receives significant analysis in this work.

Kraut, Alan M. Silent Travelers: Germs, Genes, and the "Immigrant Menace." New York, 1994. Explores in a pathbreaking manner the virulent association in the popular mind between epidemics and immigrants.

Perea, Juan F., ed. Immigrants Out! The New Nativism and the Anti-Immigrant Impulse in the United States. New York, 1997. Contains essays suggestive of recent themes in nativism and its postmodern meanings.

Smith, Geoffrey S. To Save a Nation: American Extremism, The New Deal, and the Coming of World War II. Rev. ed. Chicago, 1992. Links the activities of the nativist mass leaders of the 1930s to political and diplomatic developments before Pearl Harbor.