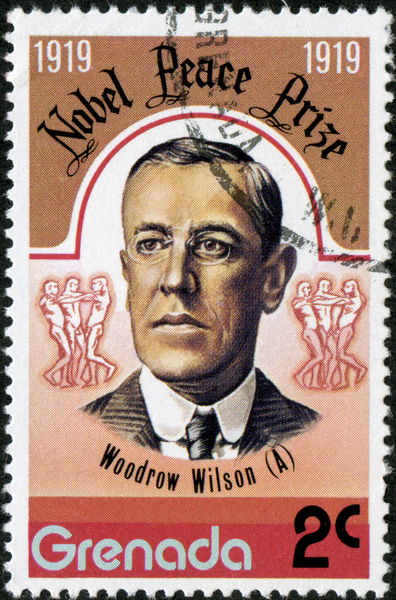 Defining a term like "Wilsonianism" presents the same sort of difficulties one finds in attempting to define virtually any "ism" in world affairs. On the one hand, aspects in U.S. foreign policy of what we currently call Wilsonianism handily predate Woodrow Wilson's tenure in office (1913–1921), while on the other, aspects of what came to define the term appeared later in fuller or different form than Wilson himself could ever have imagined. Given the multitude of connotations the term consequently bears, at times it may appear that everyone is to some extent Wilsonian, while at other moments it seems that Wilsonians may differ among themselves over how best to proceed in world affairs, as if their compass lacks the sure points of reference an "ism" should rightly give them.

These concessions made, no other American president has had his name used to define a foreign policy orientation. Given the importance of the set of ideas introduced by America's twenty-eighth president, it is widely agreed that using the term "Wilsonianism" is meaningful, even if just what the word means may be open to some disagreement. Surely the best way to proceed is to look at the sets of policies Woodrow Wilson advanced for world order, then to place them within earlier and later American foreign policy initiatives so as to see a family resemblance from which a group of concepts may be said to emerge that, taken together, is the substance of Wilsonianism.

The first (and for some the only) defining element of Wilsonianism is the conviction that a leading priority of U.S. foreign policy should be the promotion of democratic government the world around—"national self-determination," as Wilson put it. Original as this conviction was with Wilson, we should be careful to see it more as a development out of an American tradition rather than as a wholly new departure. For as Wilson himself said, what he was calling for was the "globalization of the Monroe Doctrine." Put differently, international order should be based on a politically plural world, a situation where national self-determination (a phrase Wilson used constantly after 1914) would be the rule of the day. As the evocation of the Monroe Doctrine (1823) indicates, and as the Open Door Notes with respect to China confirmed at the turn of the century, Wilson understood that his call to dismember the Ottoman, Austro-Hungarian, and Russian empires in 1918–1919 was long-standing U.S. policy. This same reliance on globalizing the Monroe Doctrine would be reflected later, during and after World War II, when the administrations of Franklin D. Roosevelt and Harry Truman denounced great power spheres of influence and so supported the decolonization of European empires and criticized the expansion of Soviet influence in Eastern Europe by use of the Red Army.

If Wilson's dedication to a politically plural world was in the established tradition of American foreign policy, his call for the democratization of this political plurality most certainly was not. Here was this president's single most important contribution to the American foreign policy tradition—the notion that in an era of nationalist passion, the blueprint for state construction should be of a liberal democratic sort.

At the time, most diplomats were astonished—or amused—at Wilson's ambition. Only today, nearly a century after Wilson's dramatic appeals, can we fully appreciate how momentous his suggestions actually were. For nationalism—the ideologically based demand of a "people," defined in terms of a collective history and purpose, for a state based on popular participation—came to be one of the politically most volatile forces of the twentieth century. The problem was that while nationalist passions excelled at destroying authoritarian and imperial regimes, they were less good at establishing new forms of the state, modern regimes based on radically different principles of legitimacy and different structures of state power and mass mobilization.

In sum, to be "for nationalism" and "against imperialism," as U.S. policy was prior to Wilson, turned out not to be enough. Once the old order was destroyed, what would go in its place? Into this hornets' nest Wilson stepped with his blueprint for liberal democracy, first for Latin America (his intervention in the Mexican Revolution in 1914 and the U.S. occupations of various countries, of which the most ambitious was the Dominican Republic in 1916), and later, and with far more consequences, for eastern Europe, in a design presented to the Paris Peace Conference in 1919.

With the notable exception of Czechoslovakia, Wilson's hopes came to naught. Many blame Wilson himself for the demise of his plans, pointing to his personal rigidity at home and abroad as the source of his undoing. But surely a better explanation was the tenor of the times. The Bolshevik Revolution (1917), Mussolini's seizure of power in Rome (1922), the Great Depression that started in 1929, and Hitler's assumption of power in Berlin in 1933 combined with the U.S. Senate's refusal to let the United States join the League of Nations so as to make Wilson's policies seem impractical in the interwar years. The United States had played a determining role in winning the Great War but Wilson could not win the peace that followed.

Still, seeds had been planted. When the United States confronted the task of winning the peace after it won the war against fascism in 1945, the Roosevelt and Truman administrations found themselves returning to Wilsonianism as the basis for at least a part of U.S. policy for world order. Thus, in occupation policy for Italy, Germany, and Japan, U.S. intentions were that these countries be democratized—purged of their militaristic elites and converted by institutional and ideological means into pacific, constitutional polities. In eastern Europe, the United States called on Joseph Stalin to respect national self-determination for the peoples liberated from Nazi control by the Red Army (an appeal Stalin agreed to in the Declaration on Liberated Europe at Yalta in 1945). In Latin America, too, there was for a brief moment hope that democracy would take root.

Nevertheless, even before the Cold War obliged Washington to work with authoritarian friends against local communist takeovers, the United States recognized that in many parts of the world in which it had an interest after 1945—Iran and China, for example—the prospects for democratic government were decidedly dim. Roosevelt had seen the failure of Wilson's efforts in the Caribbean as a warning signal as to how much change the United States could actually introduce into agrarian, authoritarian lands. As a result, Roosevelt might be called a "realistic liberal," ready to push for a Wilsonian world where the ground appeared promising, but careful not to engage American power in quagmires from which it could not easily extricate itself.

Still, the dream of promoting democracy elsewhere did not die with occupation policy. During the Eisenhower years, Washington continued to call for democratic national self-determination in Eastern Europe so as to undermine the rule of "puppet" governments in "captive nations" controlled by Moscow. So, too, the Kennedy administration saw American security in Latin America helped by that region's democratization and authored the Alliance for Progress. Jimmy Carter's important innovation in the Wilsonian tradition was to craft a "human rights" policy that called not so much for democratization as for the liberalization of authoritarian regimes (constitutional restraints on the government's power), a policy that might be seen as a prelude to eventual democratization.

Ronald Reagan's foreign policy continued in the Wilsonian tradition through innovations of its own. For example, "constructive engagement" was designed to ease authoritarian allies of the United States into the construction of liberal democratic regimes, an initiative that had impact in lands as different as the Philippines, South Korea, South Africa, Central America, and the Soviet Union. Also, the deregulation and privatization of the economy Reagan called for was seen as a socioeconomic facilitator of a democratic political order.

Promotion of democracy in Central America and Eastern Europe remained an appeal of the Bush administration, but George H. W. Bush famously commented that he did not "have the vision thing." Under President Bill Clinton, Wilsonianism became the centerpiece of administration policy early on, when it was announced that "the containment of communism" would be replaced by "the enlargement of democracy."

In sum, the best short definition of what it means to be Wilsonian is that American security interests are well served by promoting liberal democratic governments internationally. When most people casually refer to Wilsonianism, this is what they usually mean to summon up: the notion that promoting democracy for others should be "a," if not "the," leading goal of U.S. foreign policy.

Expanding the definition of wilsonianism

Knock, Thomas. To End all Wars: Woodrow Wilson and the Quest for a New World Order. New York, 1995.

Pearlmutter, Amos. Making the World Safe for Democracy: A Century of Wilsonianism and Its Totalitarian Challengers. Chapel Hill, N.C., 1997.

Smith, Tony. America's Mission: The United States and the Worldwide Struggle for Democracy in the Twentieth Century. Princeton, N.J., 1994.