The Vietnam War and Its Impact - Vietnam and the united states 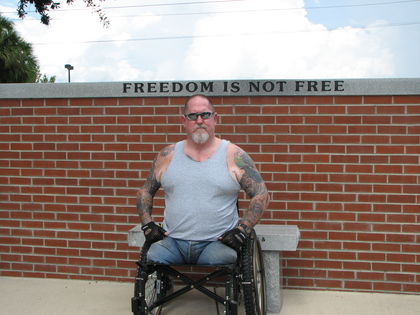 Foreign relations between the United States and Vietnam soured after 1975. They did not fully recover until the mid-1990s, when economic, political, and cultural ties revived, leading to a vibrant period of political reconciliation by the year 2000. Following North Vietnam's victory in 1975, the U.S. attitude toward Vietnam was antagonistic. In the Paris Peace Accords, the United States had agreed to provide $3.3 billion over five years to help rebuild the shattered infrastructure of Vietnam. Rather than meeting its obligations, the United States extended to all of Vietnam the trade embargo against communist North Vietnam that had been ratified under the Trading with the Enemy Act passed during the early years of the conflict. The United States further marginalized Vietnam by halting credits and loans from monetary institutions such as the World Bank, the International Monetary Fund, and the Asian Development Bank. Seeking acceptance in the international arena, Vietnam attempted several times to join the United Nations, only to be halted by American vetoes.

Relations with the United States began to soften during the first year of the Carter administration, though war wounds still ran too deep to permit a relationship of cooperation and agreement between the two nations. President Carter and Congress indicated that relations could be normalized if the vexing issues surrounding prisoners of war (POWs) and soldiers missing in action (MIAs) were resolved. Approximately 2,500 U.S. service personnel continued to be reported as missing in the jungles of Vietnam, and Americans desperately wanted an accurate assessment of their numbers and of whether any of them were still alive in Vietnamese camps. Optimism grew in 1977 and 1978 as the two nations discussed preliminary issues.

President Carter sent Assistant Secretary of State Richard Holbrooke in May 1977 to meet with Vietnamese officials. The talks broke down, however, when Vietnam demanded several billion dollars in payment for war damages, which the United States rejected because the Vietnamese had allegedly violated the 1975 Paris Accords by invading South Vietnam. President Carter indicated that the United States would provide aid, but that funding could not be linked to normalization or the POW-MIA issue.

When the Vietnamese finally relented on their demands for reparations, they failed to receive a corresponding overture from the United States. This stemmed from official and public alarm over Vietnamese immigration, a Vietnamese invasion of Cambodia, and an increasingly powerful Soviet presence in the region (epitomized by the Soviet base at Cam Ranh Bay, the largest military installation of the USSR outside of its borders). After the Vietnamese invasion of Cambodia, the United States sent covert aid to noncommunist Cambodian guerrillas who were fighting Vietnam.

Meanwhile, as relations between China and Vietnam worsened, U.S.–Chinese relations improved, culminating in the establishment of full diplomatic ties between the two nations in 1978. This development, combined with Vietnam's invasion of Cambodia in 1978, its treaty of alliance with the Soviet Union the same year, and a border war with China in 1979 gave more impetus to American hostility toward Vietnam. During the final years of the Cold War, Vietnam found itself strongly aligned with anti-American forces that helped offset billions of dollars lost from the American trade embargo.

At the heart of the inability of American and Vietnamese leaders to reconcile national interests in the 1970s and 1980s lay the troublesome POWMIA issue. Although the number of MIAs in World War II and the Korean War (80,000 and 8,000, respectively) was much greater than MIAs in the Vietnam War, the small number of missing American soldiers in the latter conflict (1,992 in all of Southeast Asia, 1,498 in Vietnam) captured the national psyche. They became the focus of a national crusade that retained its fervor into the twenty-first century. The plight of MIAs received much greater attention in the aftermath of the conflict as national leaders and the media fed public alarm over the fate of missing veterans. Although the Department of Defense declared the MIAs deceased, it could not stop the issue from growing to national importance. Unconfirmed public sightings of U.S. soldiers in Vietnam by refugees and others led to expeditions by American veterans to find their missing comrades. As of 2001 no sightings had been confirmed, although human remains were repatriated from Vietnam to the United States as part of an ongoing plan of cooperation between the two nations. More than $5 million were spent annually by the United States on attempts to find and return the remains of missing servicemen in Southeast Asia.

During the 1980s President Ronald Reagan kept the MIA issue at the forefront of American relations with Vietnam. Supported by the National League of POW/MIA Families, Reagan harnessed a national crusade to hinge the normalization of relations with Vietnam on the fate of the MIAs. In July 1985 Vietnam finally allowed an American inspection team to visit alleged MIA burial sites. The return of the remains of several dozen pilots that year eased tensions and led to further investigations. In 1987 and 1989 Vietnam allowed General John Vessey, former chairman of the Joint Chiefs of Staff, to visit with Vietnamese leaders as an emissary of Presidents Reagan and George H. W. Bush.

Realizing that further concessions would help improve a stagnant economy, Vietnam assisted in returning the remains of more than two hundred American soldiers between 1985 and 1990 and also provided access to archives, war files, and cemetery records. They also allowed the United States to establish a Hanoi office to oversee MIA investigations. Between 1993 and 2001, joint ventures by the United States and Vietnam generated thirty-nine official searches that yielded 288 sets of remains and the identification of another 135 American servicemen previously unaccounted for in Vietnam. In a move to further pacify American political leaders, Vietnam announced in 1995 that its continuing cooperation regarding American MIAs and POWs did not depend on an accurate accounting by the United States and its allies of the whereabouts of the 330,000 Vietcong and North Vietnamese MIAs.

Kindled by the MIA issue, relations between the United States and Vietnam grew closer during the 1990s. As the Cold War came to a close in 1989, Vietnam finally agreed to withdraw all of its troops from Cambodia, ending its long and costly period of isolation from the United States. The Cold War's termination also improved relations by ending the Soviet-Vietnamese partnership. To further ease foreign antagonism toward Vietnam and to increase foreign investment, the communist government removed from the Vietnamese constitution unflattering characterizations of Western countries.

Other agreements between Vietnam and the United States centered upon the issue of Vietnamese political refugees. To improve relations with many of its southern people, the Vietnamese government in September 1987 released more than six thousand military and political prisoners, many of them senior officials in the former government of South Vietnam. Under the Orderly Departure Program in 1990, Vietnam agreed to assist the United Nations in helping refugees utilize official channels rather than leaky boats to immigrate to America. Another agreement, signed in 1990, enabled former South Vietnamese officials and army officers to immigrate to America.

Under the administration of President William Jefferson Clinton during the 1990s, Vietnamese-American relations continued to improve. With the lifting of the U.S. trade embargo in 1994, economic relations opened and American companies increased their investments in Vietnam. Clinton fostered educational and cultural exchange, enabling veterans, students, and the expatriate sons and daughters from Vietnam to cement family ties. Humanitarian aid to Vietnam from the American government and private associations increased and tourism became a vibrant element of the national economy. In a sign of growing political ties, Vietnamese officials in January 1995 signed an agreement with the United States providing for an exchange of diplomats and other officials as a prelude to full normalization of relations. As expected, President Clinton overrode Republican conservative critics and MIA stalwarts to extend full recognition to Vietnam in July 1995.

One month later the American flag was raised over the new U.S. embassy in Hanoi while Secretary of State Warren Christopher looked on. Over the next two years, President Clinton established the diplomatic structures necessary to bring the two nations closer together. He nominated U.S. Representative Douglas "Pete" Peterson, a former POW, to represent the United States as the first envoy to a united Vietnam. Soon after Peterson took up his post in the summer of 1997, Secretary of State Madeleine K. Albright visited Vietnamese officials in both Hanoi and Ho Chi Minh City. The first U.S. secretary of state to visit Vietnam since the end of the war, Albright participated in ceremonies dedicating a new site for an American consulate.

Beginning in the late 1990s a number of steps further enhanced economic relations between the United States and Vietnam. After Vietnam joined the Asia Pacific Economic Cooperation (APEC) forum in 1998, the United States jettisoned the Jackson-Vanick Amendment that had capped U.S. investment programs in Vietnam. In 1999 the two nations finally agreed on the outlines of a trade agreement to help Vietnam open its markets to world investors. American investment support programs then poured in, reversing the decline of world economic interest in Vietnam that had begun to worry investors in 1997, when the Vietnamese government enacted political and economic policies of retrenchment that retarded the growth of capitalism and capital investment in Vietnam. President Clinton further thawed U.S.–Vietnamese relations during the waning days of his administration. In July 2000 the two countries signed an unprecedented bilateral trade agreement reached between the two nations. The agreement mandated that Vietnam halt quotas on all imported goods over the following seven years, cut tariffs, and handle American imports in the same manner as domestic products.

Four months later President Clinton traveled to Vietnam, the first president to do so since President Nixon touched down in South Vietnam in 1969. The visit closed a sad chapter of violence and strained political relations between the two nations, and ushered in a new era of economic boom in Vietnam that was unparalleled in its tragic history of successful resistance against foreign military intervention. Vietnamese analysts predicted that Vietnamese exports to the United States, hovering near the $800 million mark in 2001, could top $3 billion in 2005 and $11 billion by 2010. U.S. investment in Vietnam had already increased from $4 million in 1992 to $291 million in 1999, providing hope that this trend would continue well into the twenty-first century. In late July 2001, Secretary of State Colin L. Powell, who had been a soldier in Vietnam, returned there for the first time in thirty years in an historic attempt to put the past to rest.

During the first six months of his administration in 2001, President George W. Bush pledged to continue Clinton's policy of economic liberalization toward Vietnam, and took active steps to support the American diplomatic mission based in Hanoi. In one of his first actions as president, Bush reappointed as ambassador Pete Peterson, who in the Clinton years had been instrumental in helping to negotiate the bilateral trade agreement. Although Bush was associated with a conservative Republican bloc that in the past had voiced criticism of American reconciliation with Vietnam, the new administration recognized the potential economic windfall awaiting U.S. investors in Vietnam.