The Vietnam War and Its Impact - Refugees and "boat people" 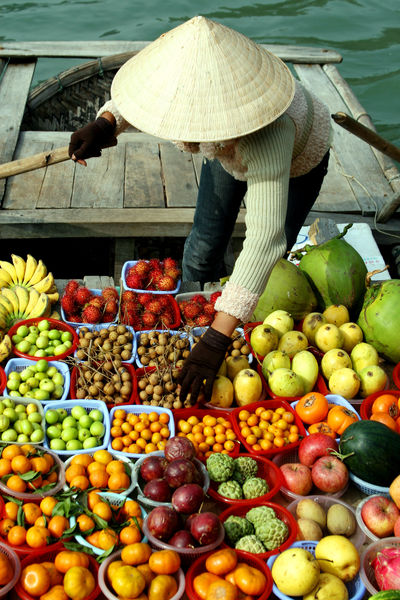 The first wave in 1975 included 140,000 South Vietnamese, mostly political leaders, army officers, and skilled professionals escaping the communist takeover. Fewer than a thousand Vietnamese successfully fled the nation. Those who managed to escape pirates, typhoons, and starvation sought safety and a new life in refugee camps in Malaysia, Thailand, Singapore, Indonesia, the Philippines, and Hong Kong. For many, these countries became permanent homes, while for others they were only waystations to acquiring political asylum in other nations, including the United States.

During the administration of President James Earl Carter, Vietnamese immigration to the United States became a prominent political issue. The number of refugees fleeing Vietnam by sea increased to nearly six thousand in 1976 and twenty thousand the following year. Officials estimated that nearly one-third of this total perished at sea from starvation, drowning, and pirates, problems that increased when some Asian countries began turning away boat people.

The Vietnamese government began to institute socialist reforms by the late 1970s, including the confiscation of businesses and farmland. Many ethnic Chinese business owners who had lived in southern Vietnam for generations came under attack. The Chinese, or Hoa as the Vietnamese called them, were suspected of sympathizing with China, profiting from the poverty of the Vietnamese people, and betraying Vietnam during the conflict with the United States. As a result, they were officially encouraged to leave the country. Adults could pay a bribe and a departure fee to arrange their deportation. In at least one case, a Hoa man paid for the passage of himself and his large family with a bag of gold bars obtained from the liquidation of his estate. Other Vietnamese took advantage of the black market trade in selling passage outside of the country, which developed into a lucrative business in Vietnam between 1977 and 1979.

International attention to the plight of Vietnamese immigrants escalated in 1979, when the human tide of boat people increased to an unprecedented level of 100,000. Public alarm outside of Asia increased when Thailand, Malaysia, Singapore, Indonesia, Hong Kong, and the Philippines (known as ASEAN countries) declared that they could no longer accept immigrants into their overcrowded camps. But from ten thousand to fifteen thousand immigrants were still leaving Vietnam each month. United Nations secretary general Kurt Waldheim called a conference in response to the impending catastrophe. Sixty-five nations attended the meeting in Geneva, voting to increase funding to the United Nations High Commissioner for Refugees. Utilizing an executive order to raise immigration quotas, President Carter doubled the number of Southeast Asian refugees allowed into the United States each month. Agreements were also reached with Vietnam to establish an orderly departure program. These developments combined to slow the exodus of refugees in 1980 and 1981. By 2000, more than two million Vietnamese had left the nation of their birth to start new lives in foreign lands.

Ethnic minorities in Vietnam confronted difficult choices in the wake of the Vietnam conflict. Hundreds of thousands of Hmong and Montagnard people, who supported the United States and South Vietnam during the conflict, migrated to refugee camps in the late 1970s to evade the violence and instability left in the wake of American withdrawal. Many of the Hmong, natives of Laos, became political refugees and finally settled in communities in California and Minnesota, where they continued to practice their culture and adjust to new circumstances as hyphenated Americans. Until 1990 many Hmong funded attempts to retake Laos from communist control. Many Montagnards, who inhabited the Central Highlands of Vietnam, continued resisting the Vietnamese until the close of the Cold War in the early 1990s. By then, most of the one-half million Montagnards had either fled to refugee camps in Cambodia or resettled in the United States.

The political plight of Amerasian children embodies one of the most fundamental and lasting legacies of the Vietnam conflict. The offspring of American men and Vietnamese women, Amerasian children could not immigrate to the United States until the late 1980s. Following the end of the war in 1975, the Vietnamese government refused to meet with American officials to arrange for the immigration of these children. In turn, the United States refused to deal directly with the new communist regime. The children languished in uncertainty, held political hostage by two nations over a war long over.

Although the children were viewed as half-castes, they were not officially targeted for discrimination. But the Vietnamese government viewed their mothers as traitors and called the children bui doi (dust of life). Local officials often targeted Amerasian families for forced migration to New Economic Zones, where the surplus urban population resettled. Some Amerasian children suffered abandonment by families that did not want them for the shame and fear it brought upon their families. As a result, the children were sent to orphanages, and many became street urchins in Hanoi and Ho Chi Minh City. For children of African-American soldiers and Vietnamese women, ethnic discrimination was even more intense.

The children allowed to leave between 1975 and 1982 included those who could prove U.S. citizenship. Vietnamese mothers and refugee organizations attempted to contact the fathers, who would be in a position to arrange for the immigration of the children through government agencies in their home nation. Yet citizenship itself did not guarantee safe passage. Bribes and exit fees were necessary to leave Vietnam legally during the era of massive emigration from 1977 to 1980.

Amerasian children received renewed hope in 1982 when Congress passed the Amerasian Immigration Act, which applied to children throughout Southeast Asia, not just Vietnam. The act had substantial limitations and only a small number of children successfully immigrated. The Vietnamese government announced in 1986 that over twenty-five thousand cases still awaited processing; it then stopped the processing of new cases, causing a steep decline of Amerasian immigration by 1987.

Abandoned and unwanted by the Vietnamese and American governments, the struggle of Amerasian children received widespread publicity, prompting renewed congressional action. The Amerasian Homecoming Act of 1988, sponsored by U.S. Representative Robert Mrazek, facilitated the immigration of Vietnamese Amerasians and certain members of their families. The act successfully broadened Amerasian immigration so that by 1994, refugee watch groups had declared that only a few thousand Amerasian children remained in Vietnam. The by-then grown children and their families had adapted to life there and had chosen to stay.

Despite setbacks and challenges, many Amerasian children became prosperous. Those who adjusted most successfully were usually children who accompanied their Vietnamese mothers to America. Some of these children received assistance through the Big Brother and Big Sister programs. By 1995, however, all Amerasian children had reached adulthood, and all federal programs to assist their assimilation and adjustment were terminated.

Another group of children from Vietnam also grew to adulthood in the United States. As communist forces closed on Saigon in early April 1975, President Gerald Ford began Operation Babylift, the evacuation of 2,600 Vietnamese orphans for adoption by American parents. Twenty years later, many of the children had adjusted successfully to living in the United States. Some became part of the tide of temporary migration back to Vietnam to find missing relatives.

By 1995 over 480,000 Vietnamese had chosen to immigrate to the United States. Another 210,000 lived in other countries around the world. But 46,000 still remained in the refugee camps in ASEAN nations. Many of these countries began to close the camps, forcing dislocated refugees to contemplate returning to Vietnam. By early 1996 more than 39,000 Vietnamese still remained in the camps. That year the United Nations began to withdraw funding of the refugee installations, and soon after closed the camps. Most of the Vietnamese refugees, including children who had never seen Vietnam, returned to an uncertain fate in their home country.

This sentence in the second paragraph is an obvious mistake: Fewer than a thousand Vietnamese successfully fled the nation.

I cannot guess what number the author meant to insert before 'thousand' or with what qualifiers.